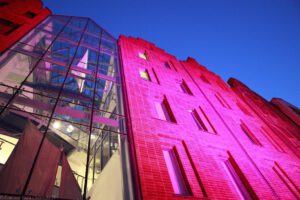 Opened in April 2012, the Maritime Culture Centre (MCC) is the newest department of National Maritime Museum. It is also one of the most modern museums in Poland and is the only museum which promotes information on maritime subject in a comprehensive and interactive way by employing multimedia techniques. Despite its modern architecture which draws attention by its partially glass walls and roof, the building alludes to the historic architecture of Gdańsk.

The Centre’s great asset is its location on the riverbank of the Motława River – on the way of the most popular sightseeing tours of the Old Town. It is adjacent to a brick tower of the Crane and stretches along Rybackie Pobrzeże Street.

The main attraction of MCC is a permanent interactive room “People-Ships-Ports”. A huge water tank with remote-controlled models of ships and yachts is its most eye-catching part. Visitors of the Centre can also participate in a sailing regatta in order to learn how to trim the sails or to perform delicate manoeuvres on water with the use of tugs. 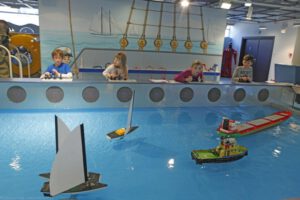 Moreover, visitors of the exhibition will learn about the realities of work in a port and how to load such goods as rice, cocoa and fruit into a container with a forklift. On the other hand, fans of travelling into the ocean depths can take the bathyscaphe helm to go on a virtual trip to a shipwreck located right at the ocean’s bottom. It is the only exhibition in Poland where visitors can enter the captain’s bridge and take control of a ship’s wheel in order to save a shipwrecked person noticed from afar (on an LCD screen).

The exhibition “Boats of Peoples of the World” with its rich collection of boats, from an Eskimo kayak to a Venetian gondola, is situated on the second floor. This exhibition presents 41 vessels from such countries as Norway, Ireland, Italy, Kenya, Tanzania, Panama, Bangladesh, Indonesia, Ghana, Vietnam and Samoa. Most of them have been donated by seamen, particularly captains and crews of Polish ships who were collecting these valuable artefacts from mid-1960’s to late 1980’s and bringing them to Poland. All the presented vessels are accompanied with photos of the areas where they were or still are used. Six multimedia kiosks contain descriptions of ethnographical, geographical and sociological conditions as well as history and construction of the vessels. Visitors can find more than 1,000 photos and films there. 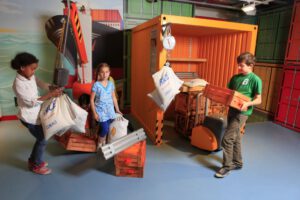 The third floor serves as exhibition space for temporary exhibitions.

The fourth floor of MCC is occupied by a restaurant with a terrace which overlooks the Granaries and the seat of NMM, as well as the ship museum “Sołdek”. A conference hall with a capacity of 100 seats is also situated on this floor.

It is important to mention the history of the plot of land occupied by MCC as it is inseparably connected with the history of the Crane. The building recorded on the 17th and 18th century drawings was originally a granary adjacent to the Crane. It had a high-pitched roof and was similar to many port granaries situated on the opposite bank, on Granary Island. Photographs taken in the 19th century recorded a change in its architecture. The roof became flatter and windows were made bigger because the building was aimed for accommodating residents. During World War II, the building was destroyed and in the 1950’s, a municipal boiler house was built in its place. In 1977, the building was handed over to National Maritime Museum which restructured its interior and adjusting it for office, storage and exhibition purposes. For more than 30 years this department was called the Colonial Warehouse in reference to its former purpose. 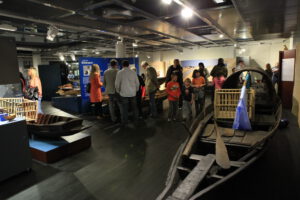 In the beginning of the 21st century, NMM management board started considering possibilities of modernisation of the building. Having analyzed economic issues, the board decided to tear down the old building and build a new department of the Museum. It is worth mentioning that during five months of research works, conducted before the construction process, researchers made several thousands of interesting discoveries. In the course of their work, they went two metres below the sea level, mostly exploring earth closets which turned out to be a source of such discoveries as wooden dishes and glassware, bowls, plates, tin spoons and pots, clay chamber pots, ornaments, endings of belt trimmings, fabric pieces, shoe moulds and sailing accessories.

The project under the name of “Redevelopment and expansion of cultural infrastructure of the Polish Maritime Museum in Gdańsk for the needs of the Maritime Culture Centre” was financed with funds acquired from the EEA Financial Mechanism which covered 85% of the investment, i.e. EUR 7 851 566. The remaining 15% were acquired from a grant of the Minister of Culture and National Heritage, a grant from the City of Gdańsk and Museum’s own contribution. 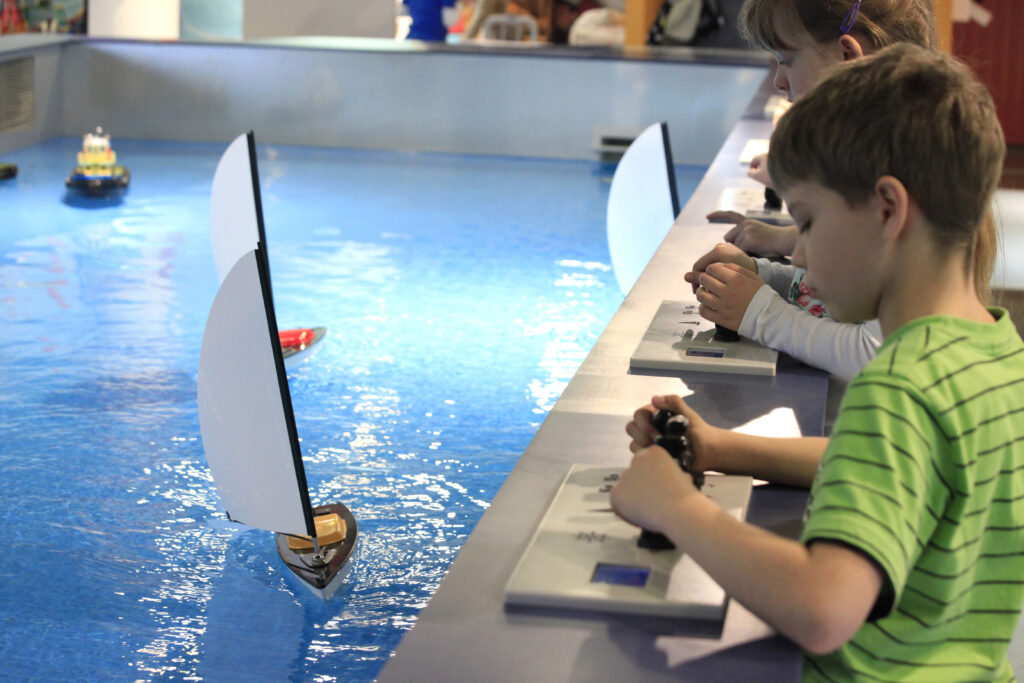 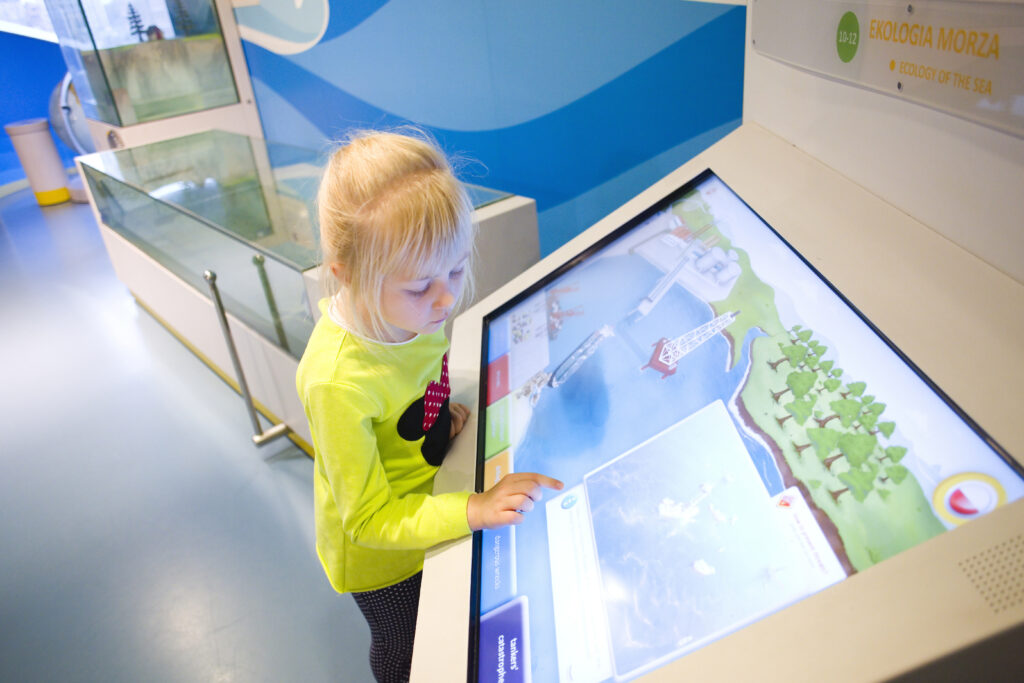 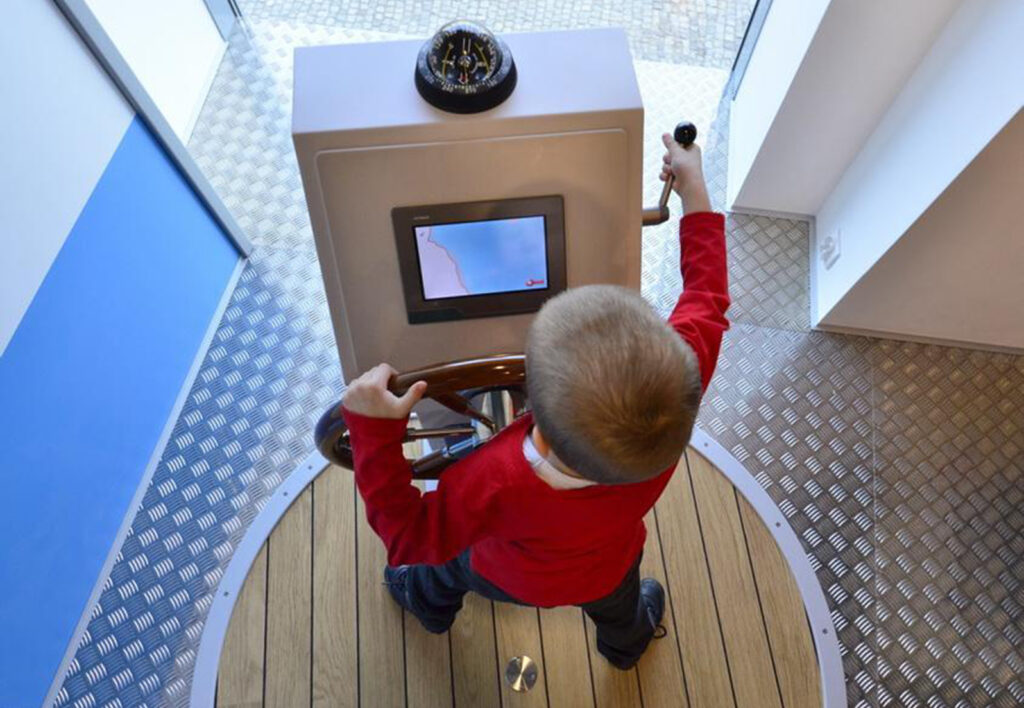 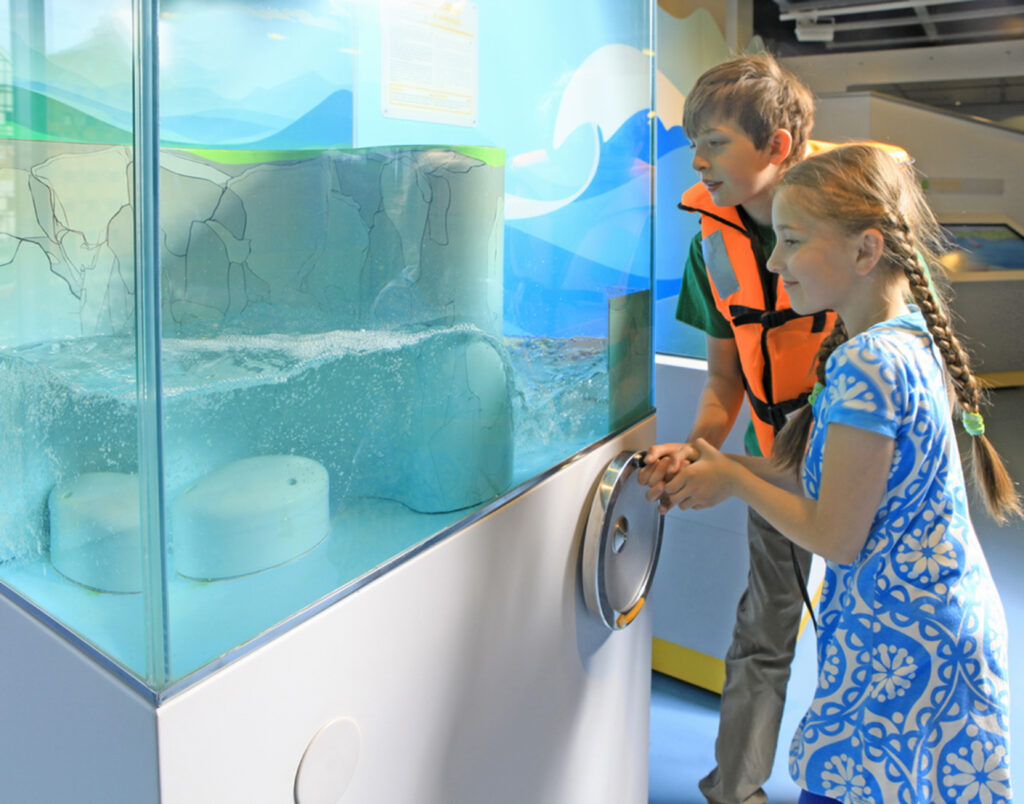 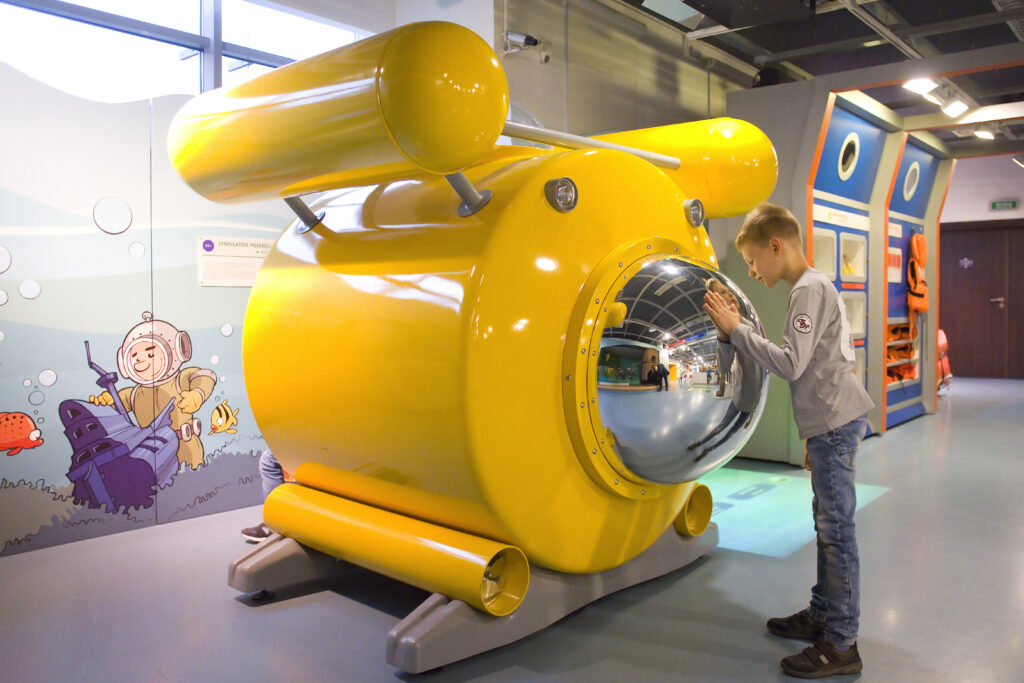 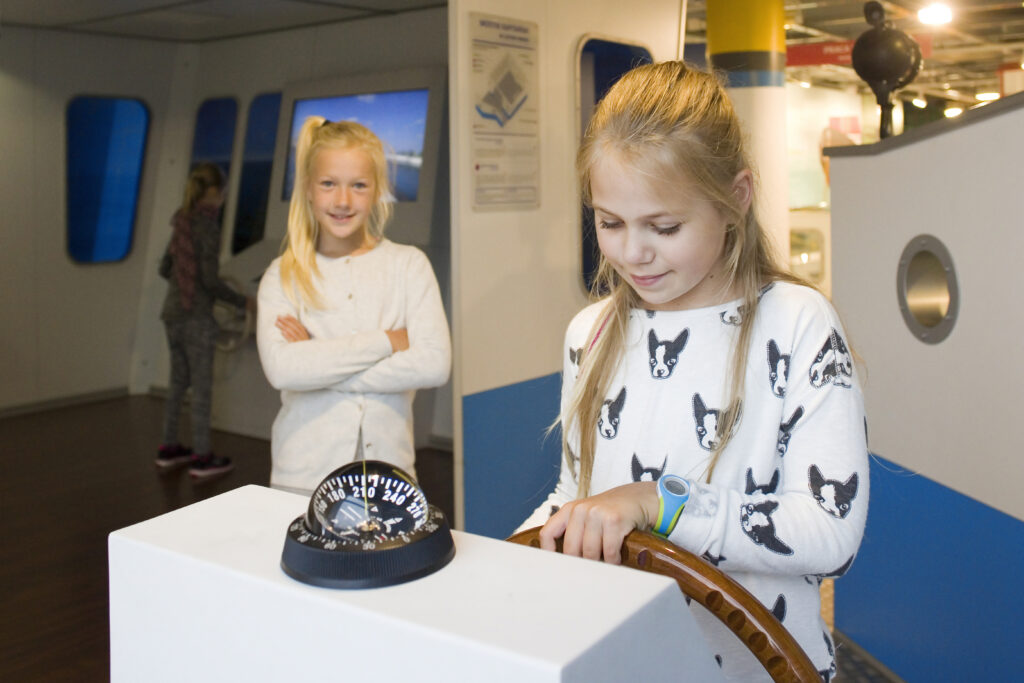 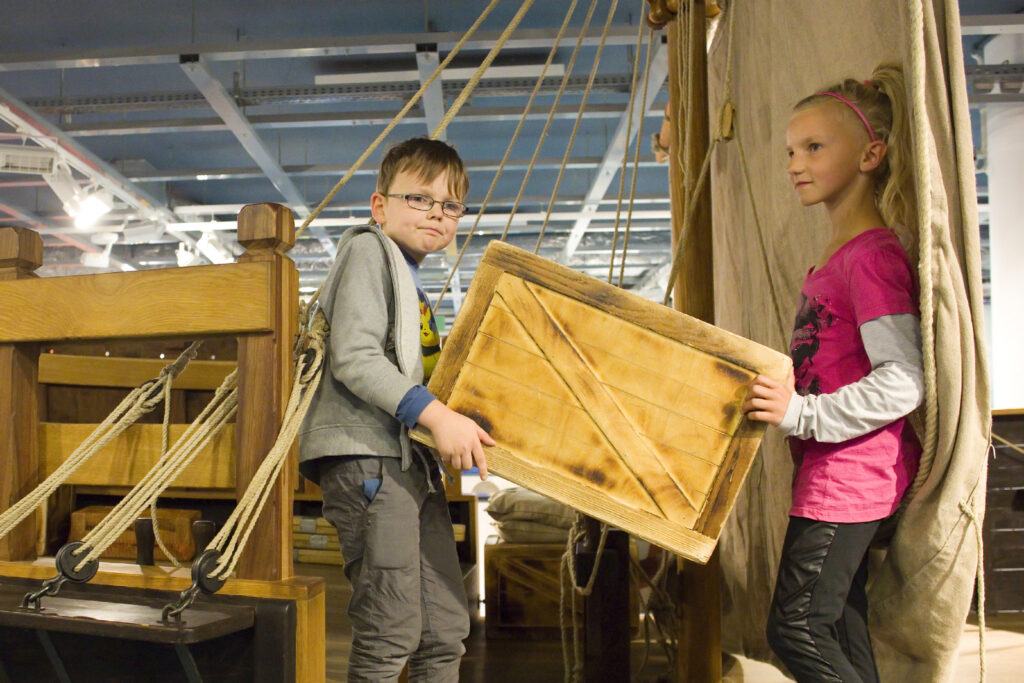 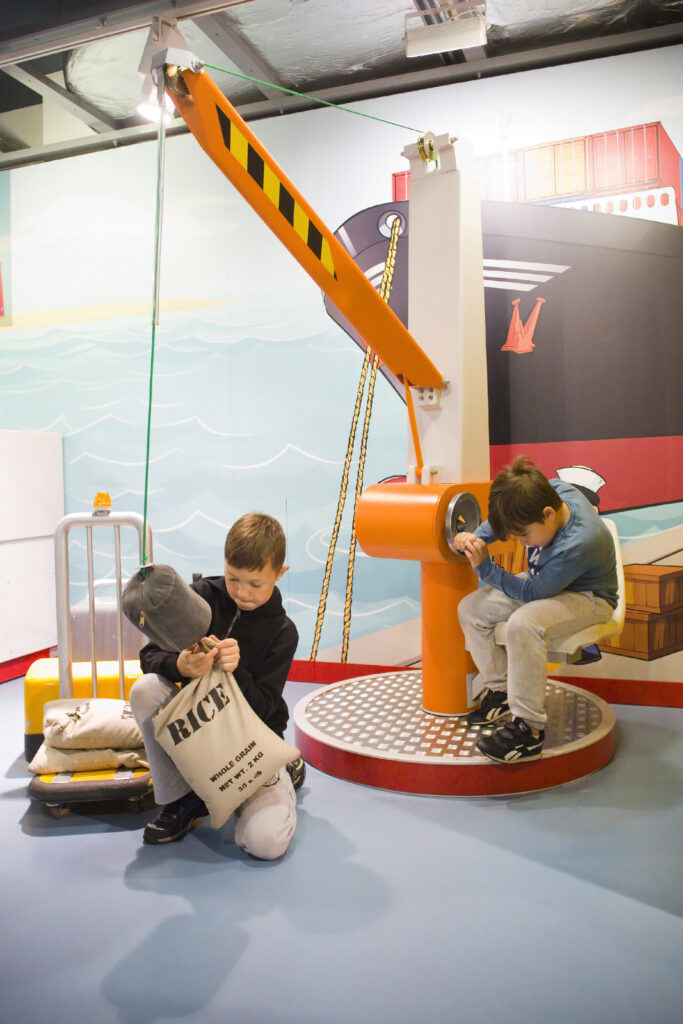 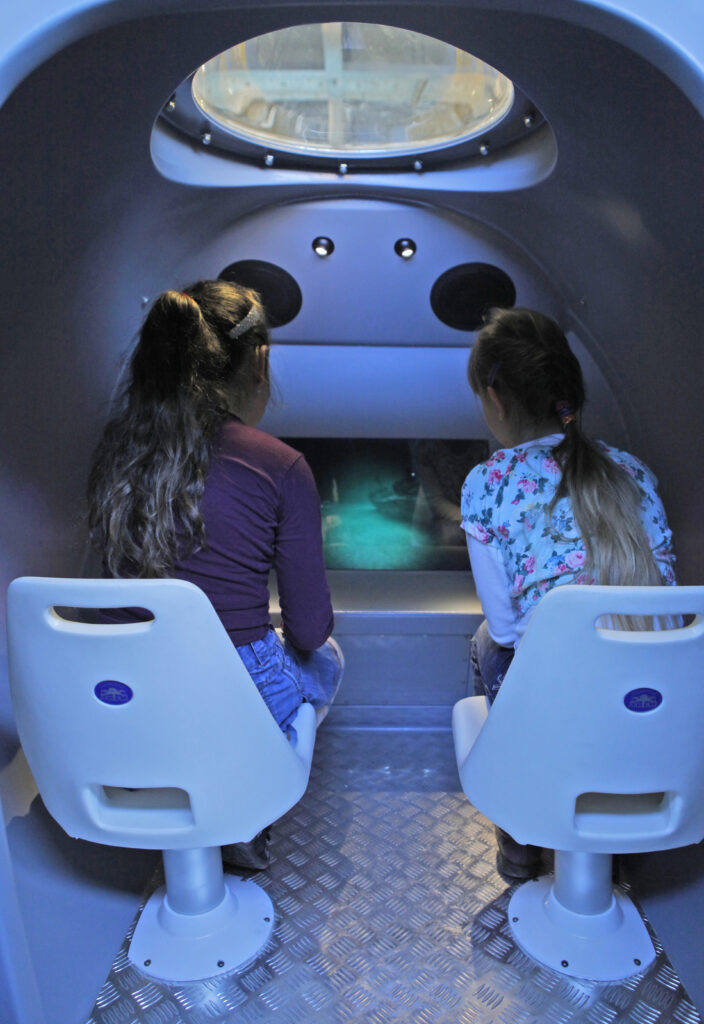 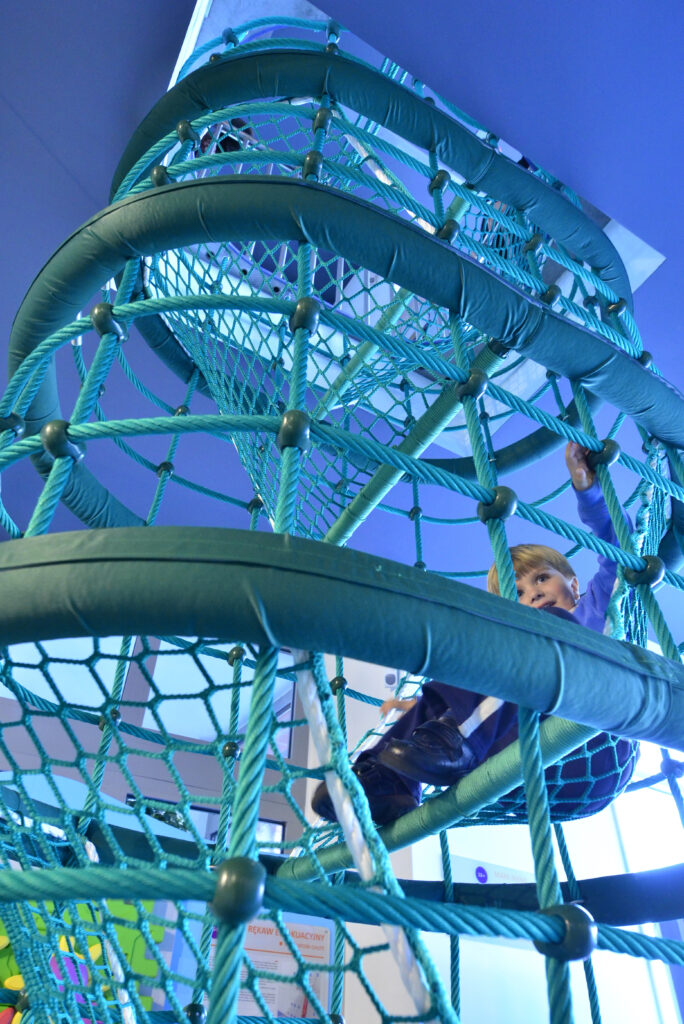 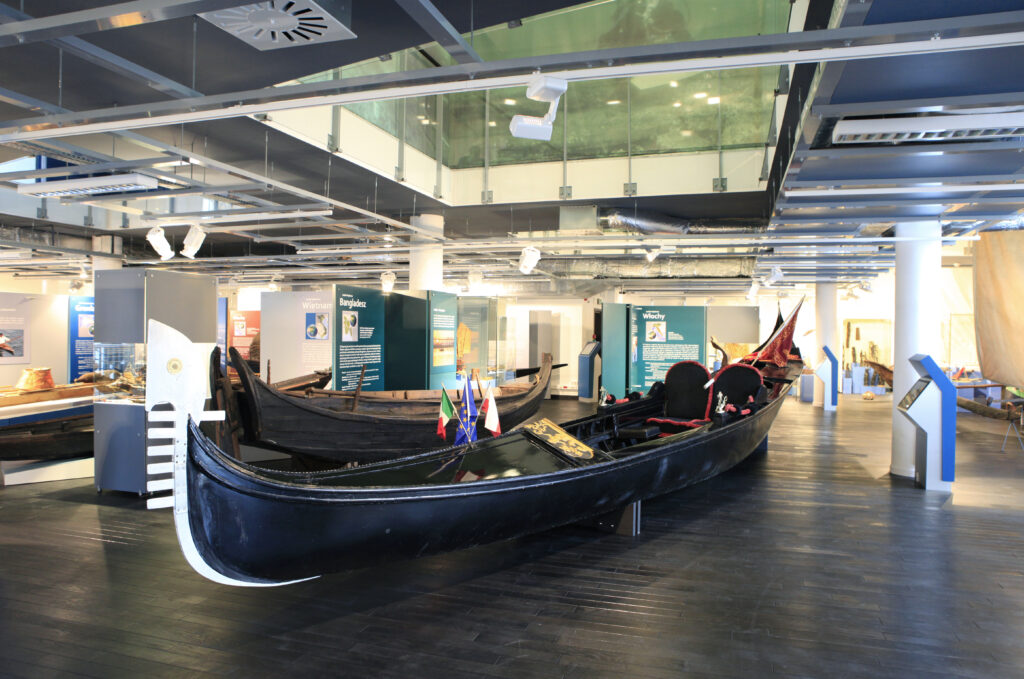 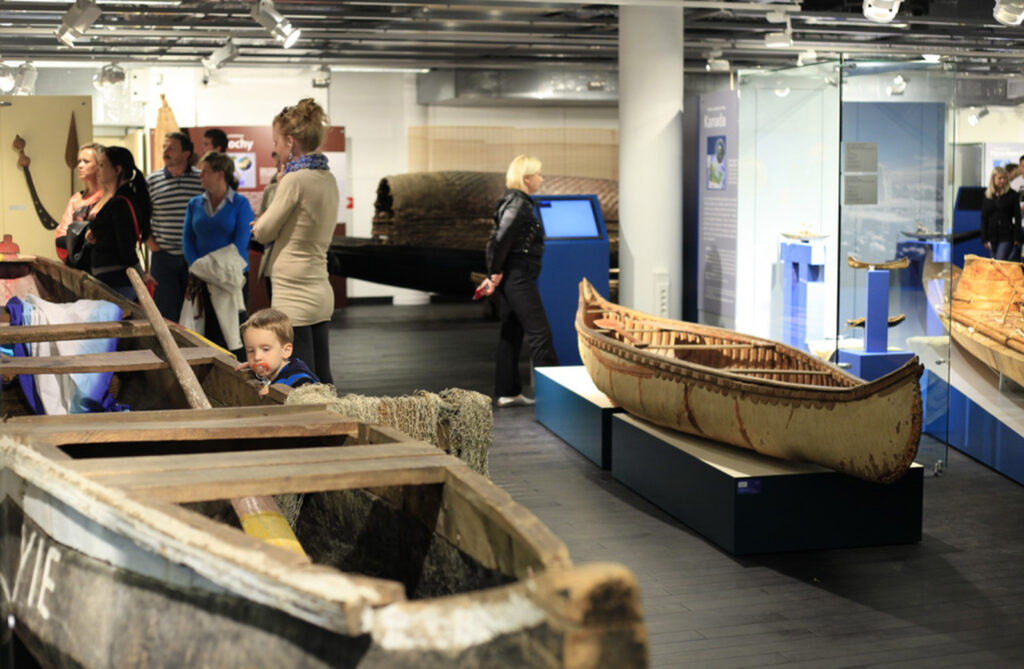 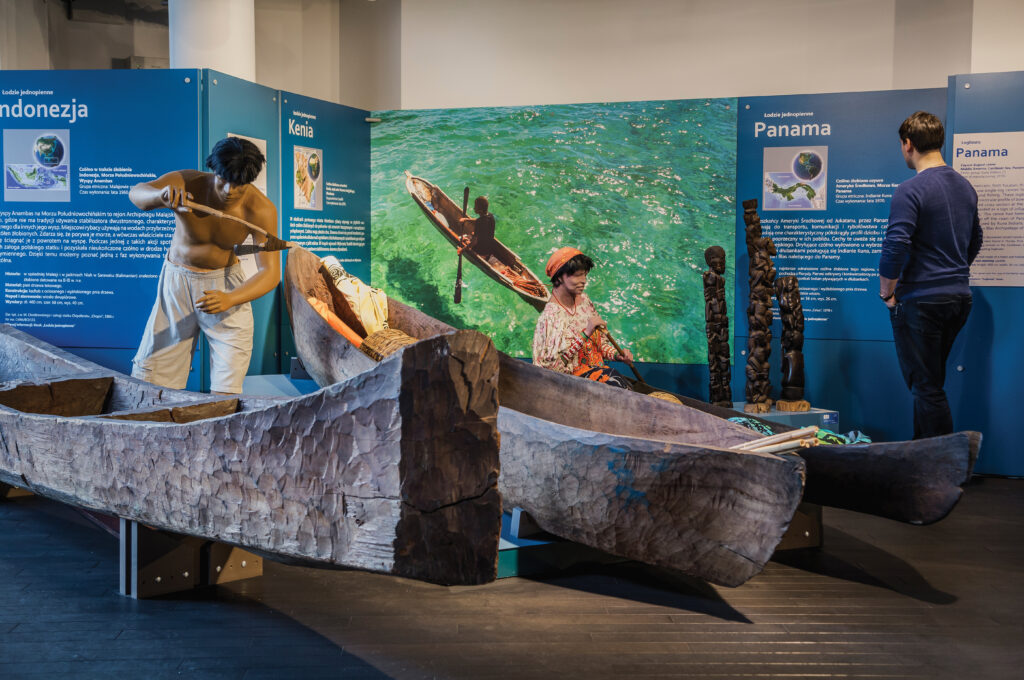 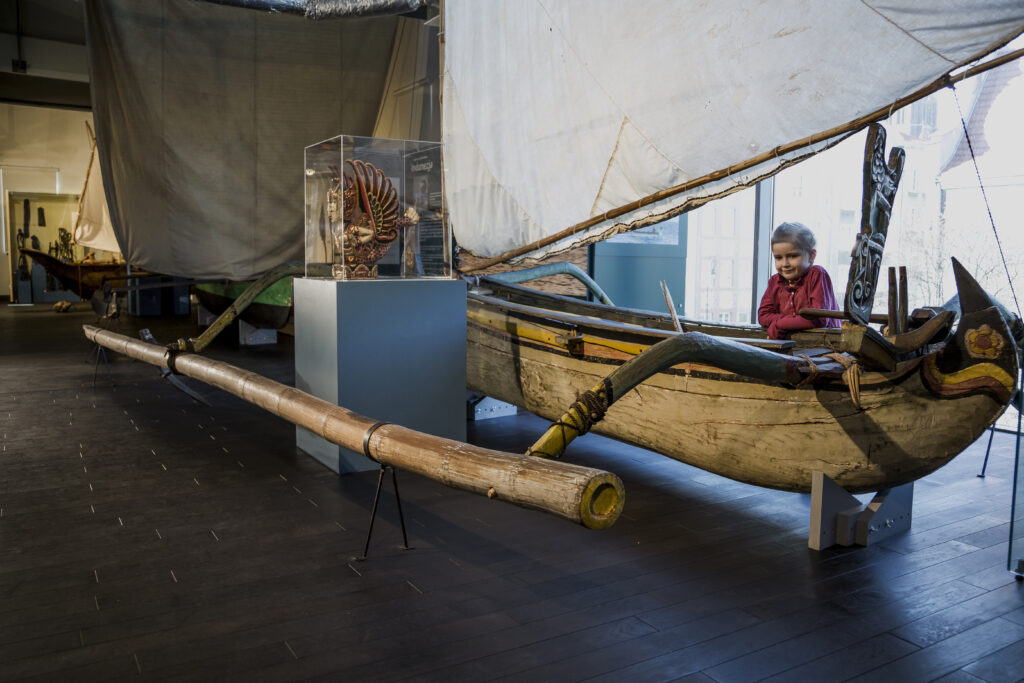 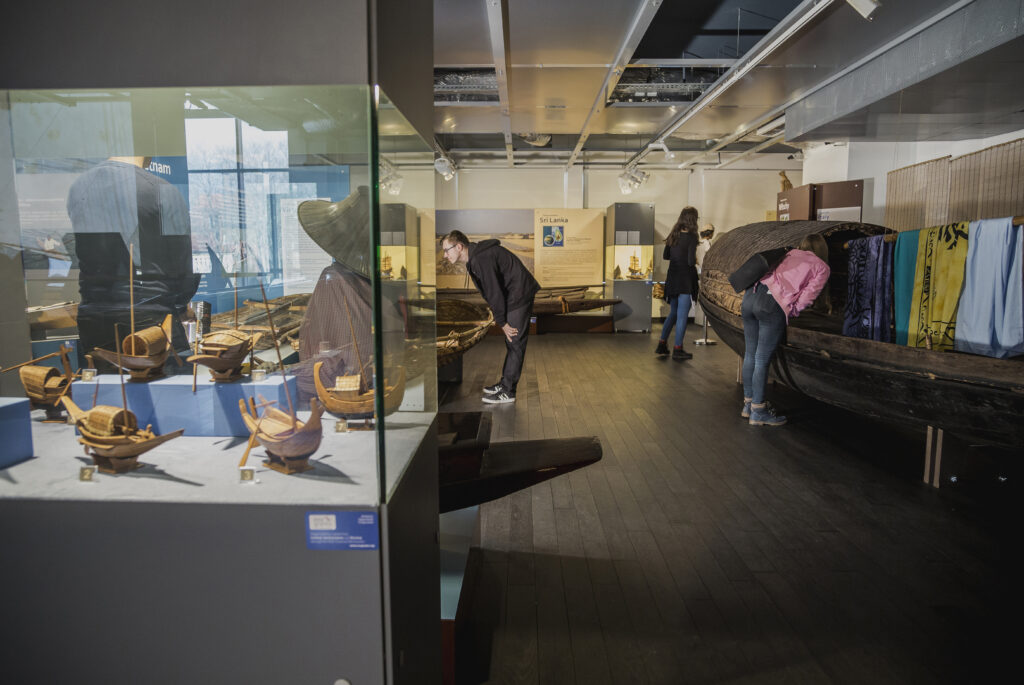 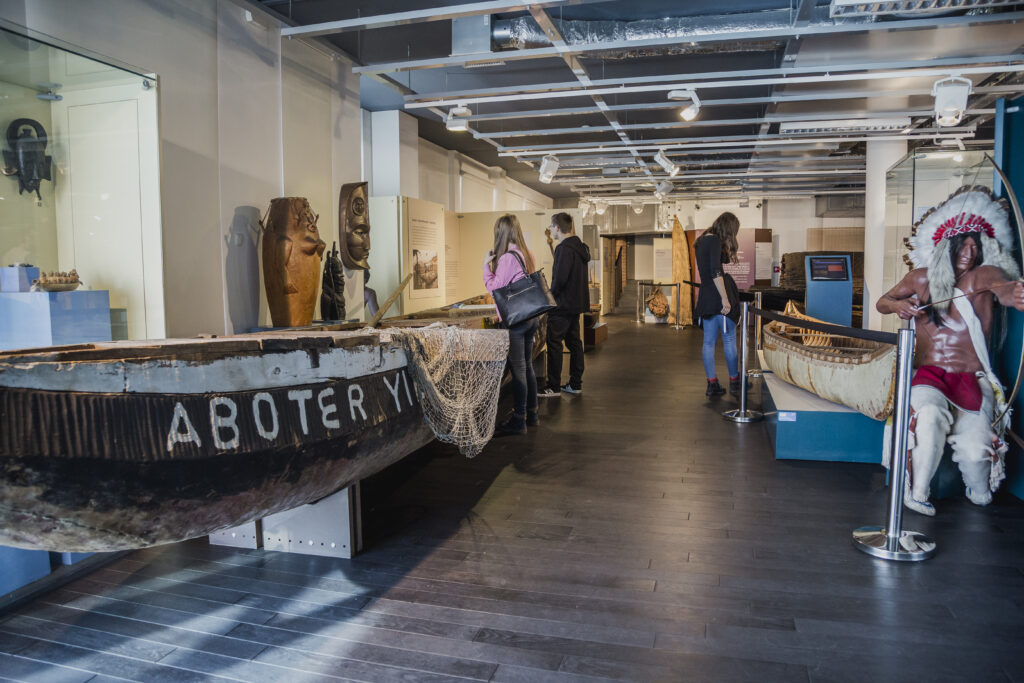