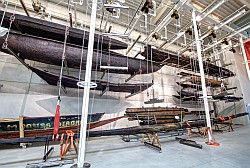 The Studio Warehouse of the Shipwreck Conservation Centre acts, among other things, as a modern exhibition hall. The modernistic architecture of the place as well as its design give it a truly unique character.

The space in the Studio Warehouse allows for the allocation of the large-size relics, exhibition of which has been so far difficult or even impossible. The size of the studio warehouse and the principle of openness, allowing the visitors to get closer to the exhibits, make this Tczew location really exceptional.

It is here where, like in a lens, focus the most distinctive and interesting examples of relics gathered at the National Maritime Museum in Gdańsk. Among many other, construction elements and relics excavated from the wrecks and researched by the Underwater Archeology Department, i.e. the board fragment, 16-meter keel, anchor and part of the cargo from the fifteenth-century wreck known as “The Copper Ship”, can be found in the warehouse studio. A Slavic ship’s keel from the research of the medieval port of Puck, a keel of the twelfth-century wreck “Orunia II” as well as the eighteenth-century helm of the W-27 are also very important parts of the exhibition. Local heritages are represented by a dugout from 6th-7th century, found in Lake Lubiszewo, and a canoe from Kociewo.

Steel substructures with a system of electric chain hoists and special slings allow for an uninhibited presentation of the museum’s collection of boats and canoes used for fishing and communication. Exotic units such as a canoe from Ghana and boat from Senegal were obtained, i.a. by the crews of Polish ships. The collection of kayaks creates a very consistent and representative selection which features pre-war, post-war, touristic, sport, stiff and folded kayaks. Hamburka boat, canoe “Mad River …” kayak “Poświst” – all of them are among the most valuable examples in the collection.

Three historic yachts, which for years were stored in the warehouses of the National Maritime Museum in Gdansk, are now part of the exhibition: “Opty” on which Leonid Teliga single-handedly circled the earth as the first Pole, “Dal”, the first Polish ship to sail to the United Stetes with Andrzej Bohomolec, Jerzy Świechowski and Jan Witkowski on board, and welded ship “Kumka IV” – a relict of the old Polish engineering ideas.

One of the parts of the Warehouse studio is equipped with partly glazed, sliding shelves. There, some smaller exhibits will be displayed, i.e. examples of ships’ cargo and pieces of equipment. The relics will be accompanied by short descriptions. With the help of mobile apps and computer workstations it will be possible to find out more about places where the relic was found as well as its history and construction. 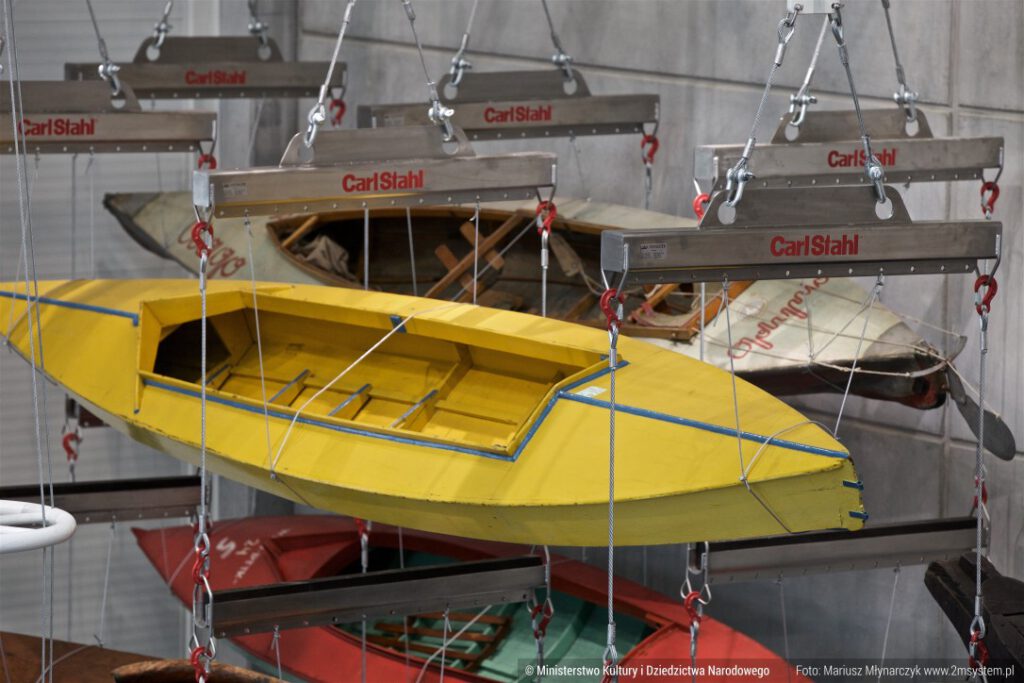 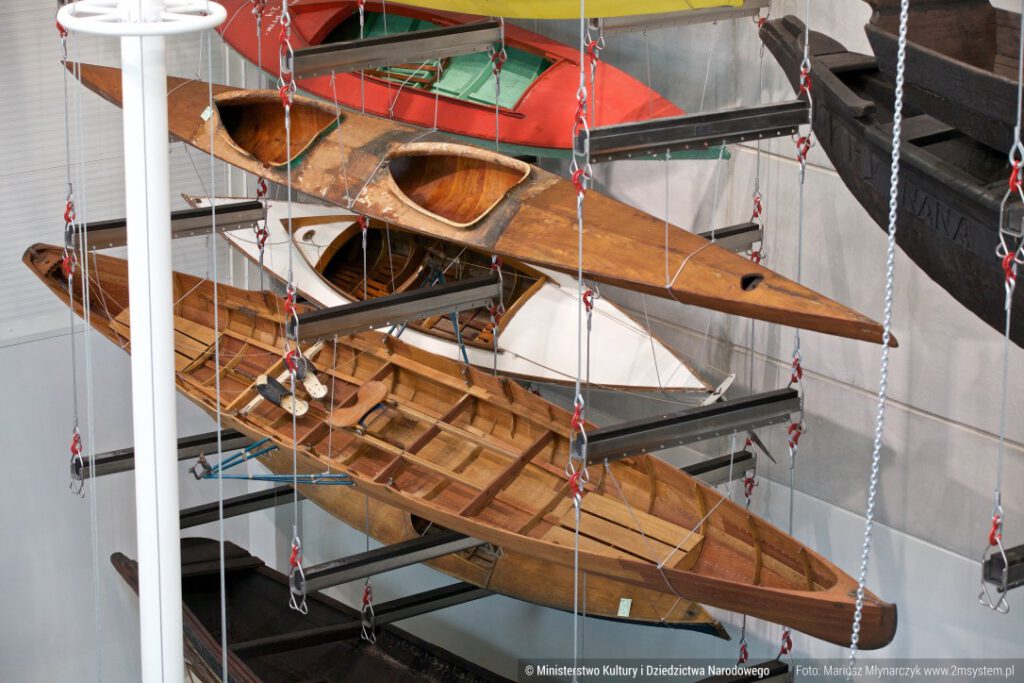 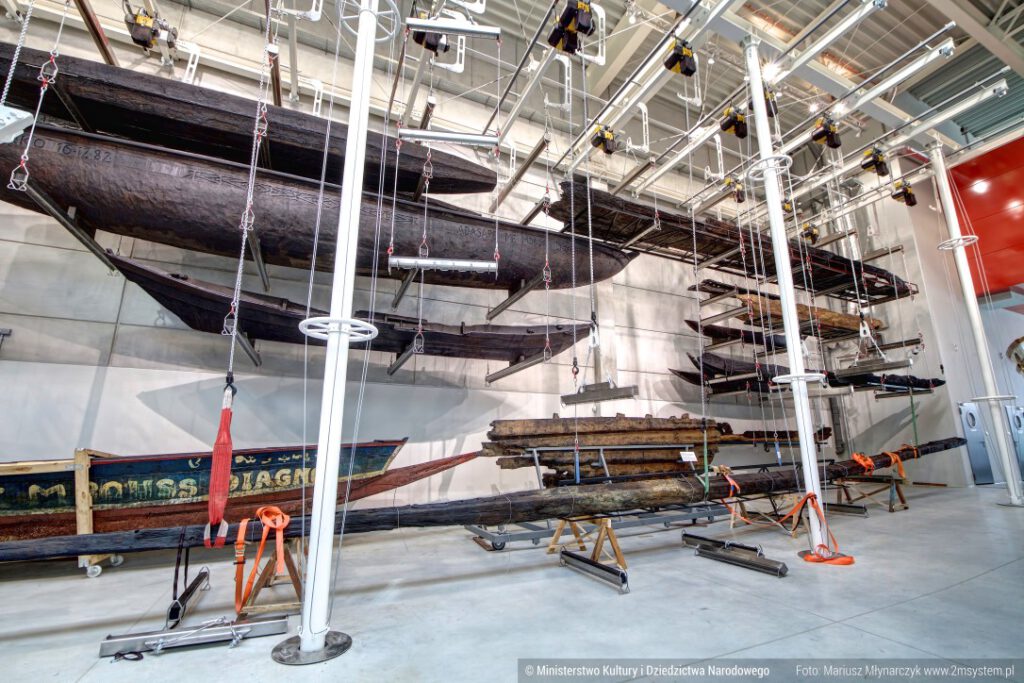 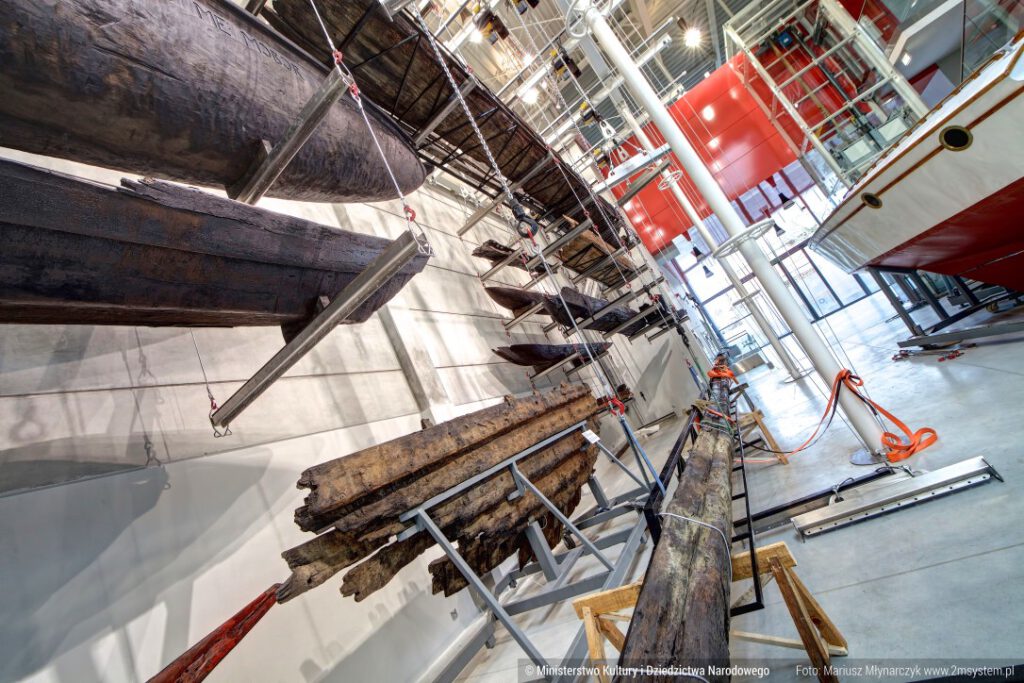 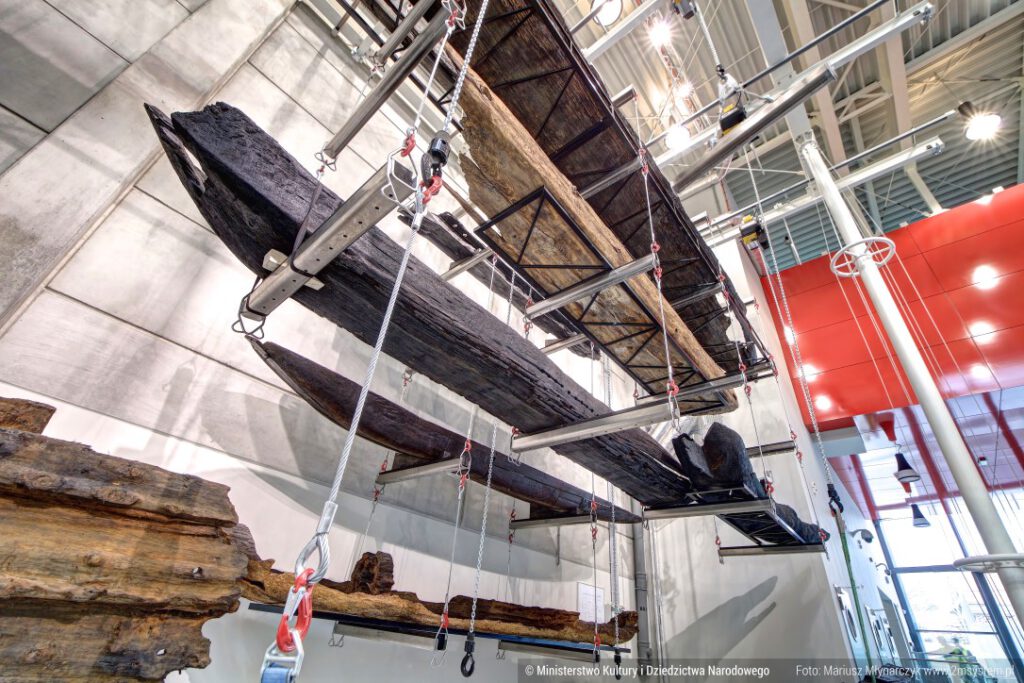 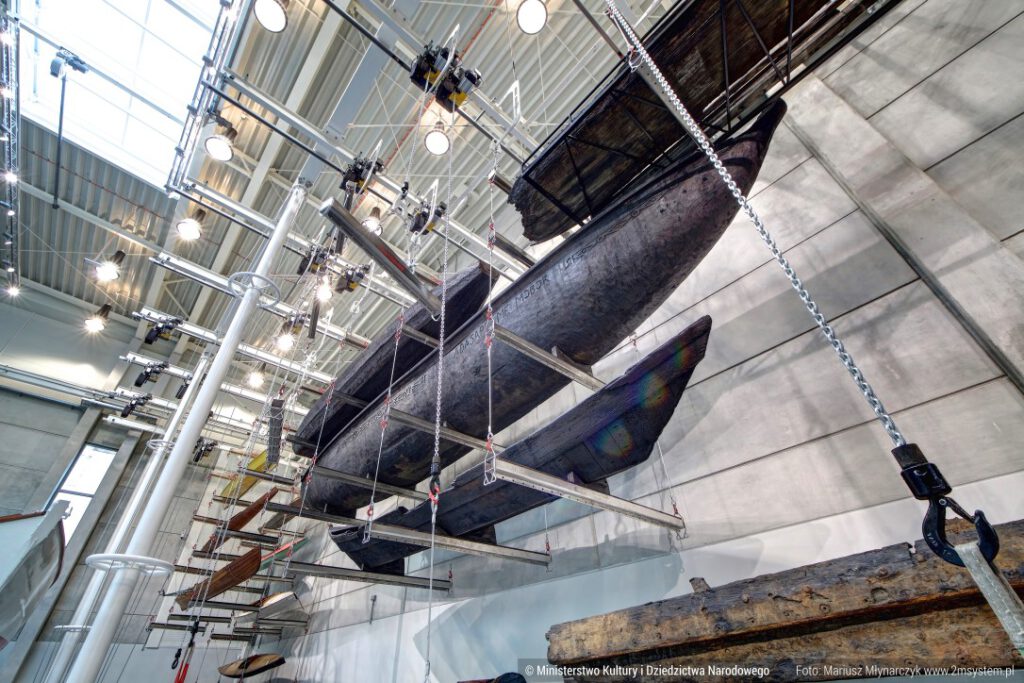 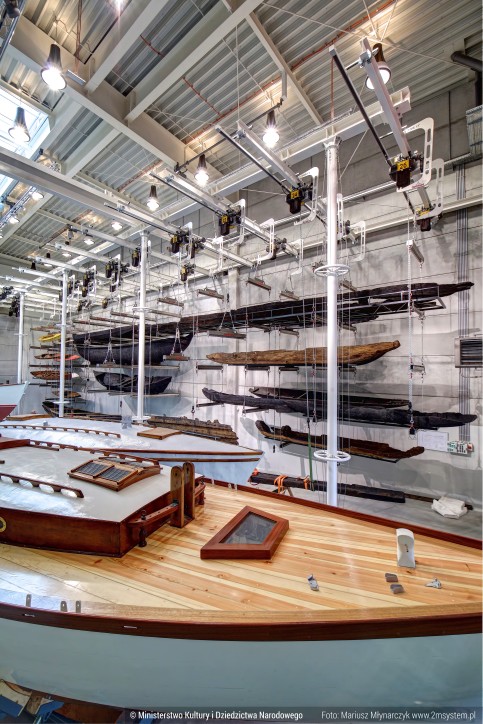 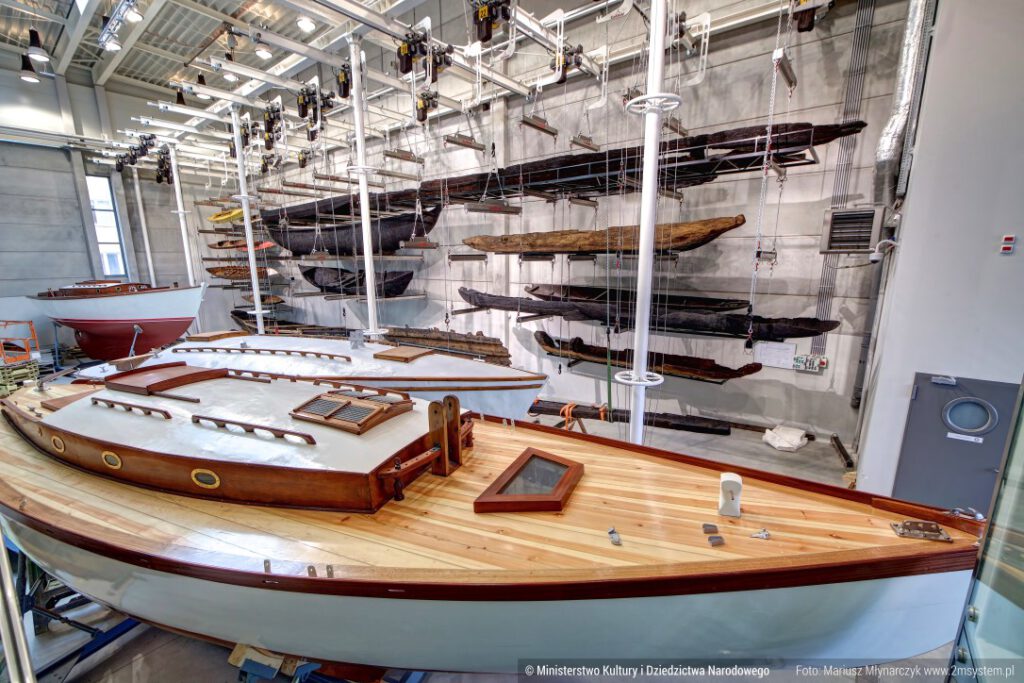 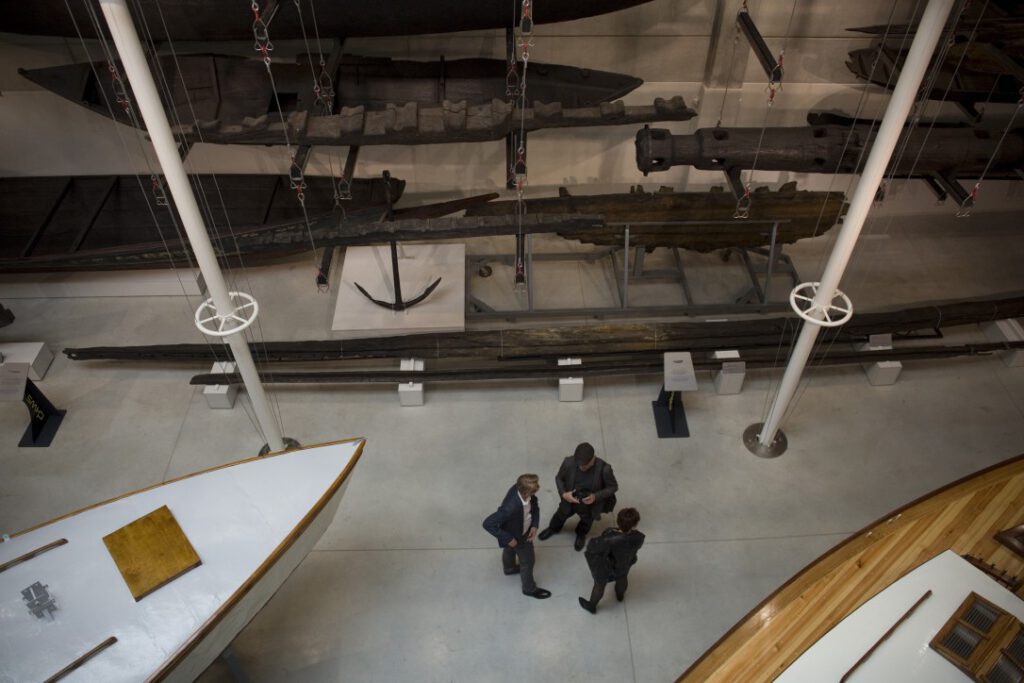 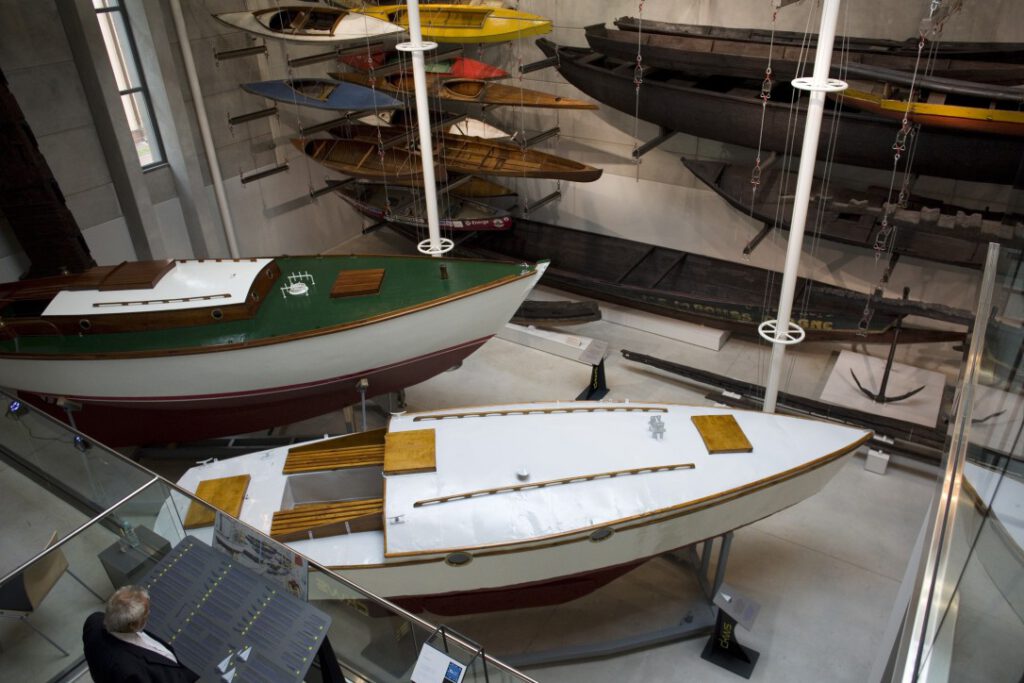 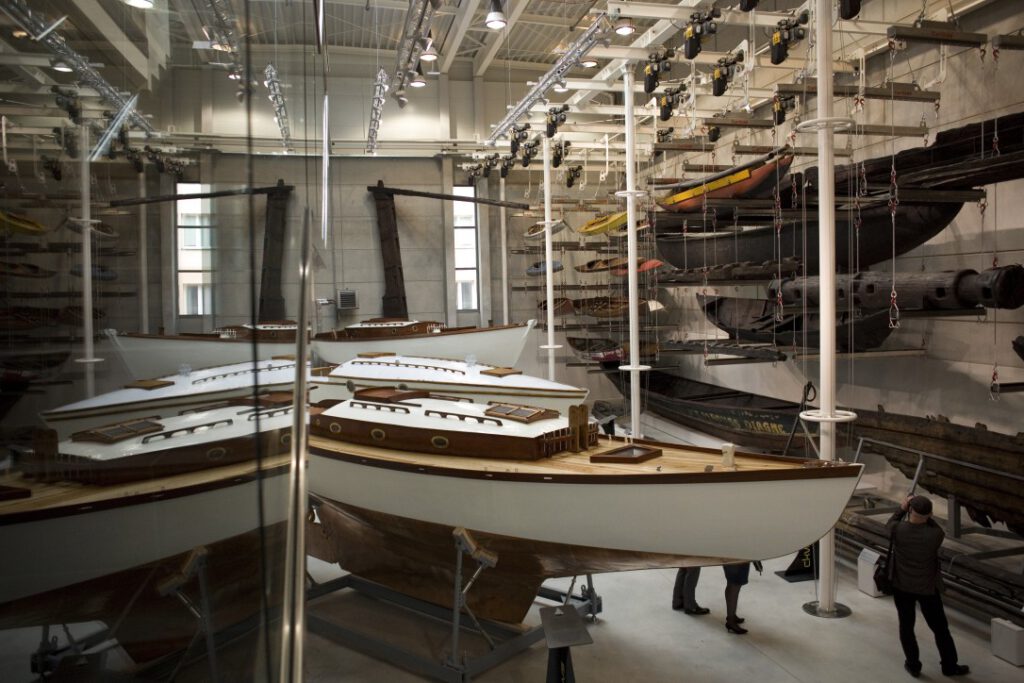 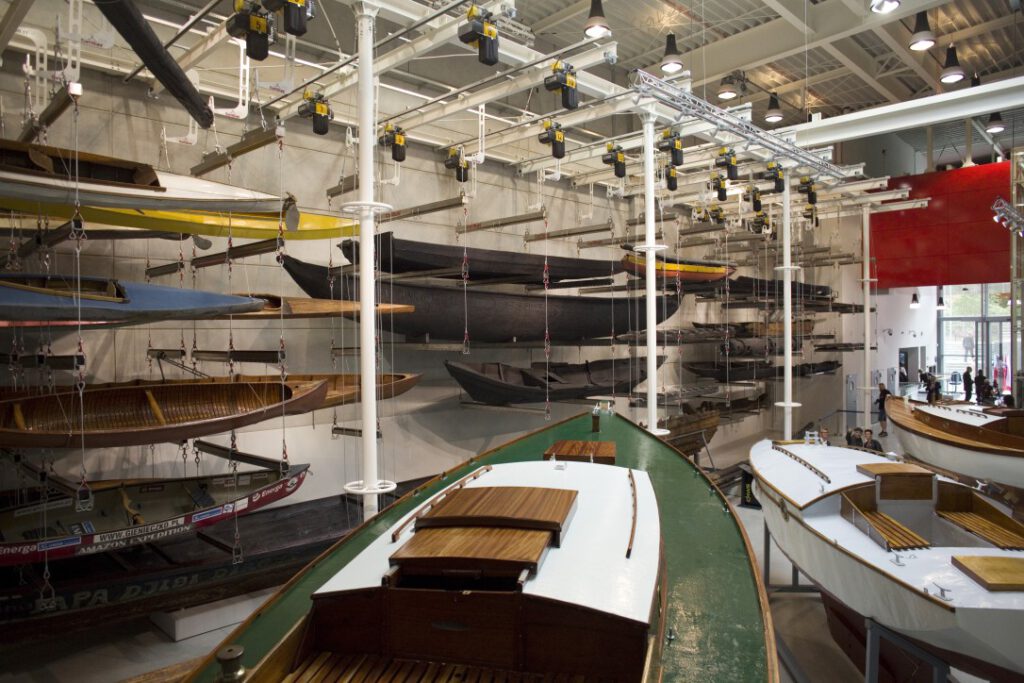