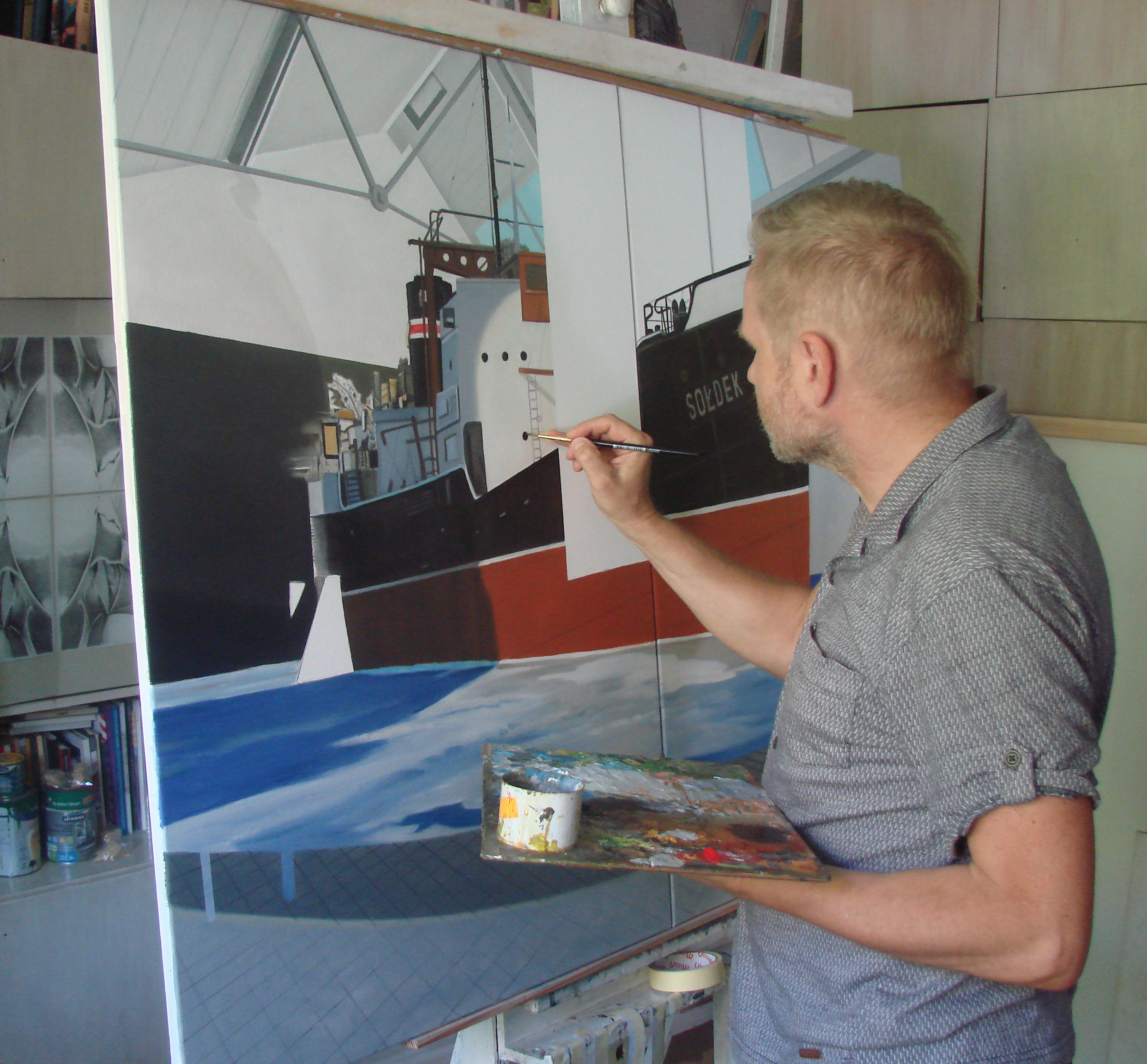 Can the sound of waves become a relief and respite for a man entangled in a stressful job and pandemic issues of the modern world? Does the colloquial „drop of water” evoke hope or perhaps tears and regret over the man-made devastation of nature? The Polish artists participated in an international artistic plein-airs „Impressions – Blue” and interpreted the marine symbols anew.

The international artistic plein-airs are part of activities within the project „2 Ships – Common Sea. Sołdek and Vityaz: Maritime Heritage of Poland and Russia” – At first, we planned joint artistic plein-airs in Poland and Russia, to exchange experiences and establish new international contacts. Regrettably, the pandemic frustrated our plans; therefore, the artistic activities of the Polish artists were held in our country, whereas artists from Russia organized their activities in Kaliningrad. – says Barbara Wojczuk-Krystek from the Education Department at the National Maritime Museum. Ten Polish professional artists, graduates of artistic schools, members of creative associations participated in the painting plein-air „Impressions – Blue”. The participants individually visited Gdańsk and the branches of the National Maritime Museum in Gdańsk, particularly „Sołdek” museum-ship, to find inspiration and collect drawings for the „painting response” created in their atelier. In April, May and June this year, the plein-air individual phase was held. When it was completed, the artists handed their works over to the Museum.

– During the international plein-airs, the main themes surely included „Sołdek” museum-ship, namely the first ship built by the Polish shipbuilding industry, after World War II, and „Vityaz” ship, formerly a research and survey vessel of the Academy of Sciences; today, the main object of the Museum of the World Ocean in Kaliningrad. – says Barbara Wojczuk-Krystek. The ships were depicted in paintings „Two Ships, One Sea” and „Homeland vol. 11 (Sołdek)”. Two ideas; the first, a symbolic one – with miniature ships connected with a common mythological sea; the other, extremely innovative, with „Sołdek” in architectural space, evoking modern exhibition solutions combined with virtual, marine space.

The other works present the marine themes in a broad sense, including landscapes, sea, sailing, as well as the maritime traditions and heritage. The works are painted in oils or acrylic paints. Most of the works are landscape paintings. „Sea Wave”, „At Sea” and „The Baltic Sea” reflect the spirit of the sea in a realistic way. The main theme of the painting „On the Beach” is a man and the calm and emptiness around, bringing questions about loneliness and the power of the sea – the element dominating the human. „Sea Tales” and „Sea Tales – a flicker of hope” refer to symbolism and magical realism, relating to ecological issues and man-made sea pollution, as well as economy related to plastic production, devastating the ecosystem. There were also mythological themes. „Neptune’s Ball of all the Snails in the World” is a clear reference to the Polish-Russian, Gdańsk-Kaliningrad cross-border cooperation. The painting „Solace” refers to the abstraction – a trend in visual arts, where the work fails to contain any illustrative features and the artist does not try to imitate the nature.

The international artistic plein-airs will be summarized and completed with temporary exhibitions in Gdańsk and Kaliningrad and a collective publication with the works presented at both exhibitions. The exhibition in Gdańsk will possibly be opened on 15 October 2021 aboard „Sołdek” museum-ship. Visiting the exhibition, nicely arranged in the newly opened cargo hold no. 2 of the famous coal and ore carrier, will be a perfect opportunity to see the new permanent exhibition entitled „Sołdek and its Times” to be opened at the museum-ship. We are looking forward to vernissages, and the artists and the public are already invited to admire the paintings and discuss art with a symbolic glass of wine – after all, this has been the bohemian tradition for centuries.

Project „2 Ships – Common Sea. Soldek & Vityaz: Maritime Heritage of Poland and Russia” is co-financed by the European Union under the Poland-Russia Cross-border Cooperation Programme 2014-2020 and co-financed by Ministry of Culture, National Heritage and Sport of the Republic of Poland. 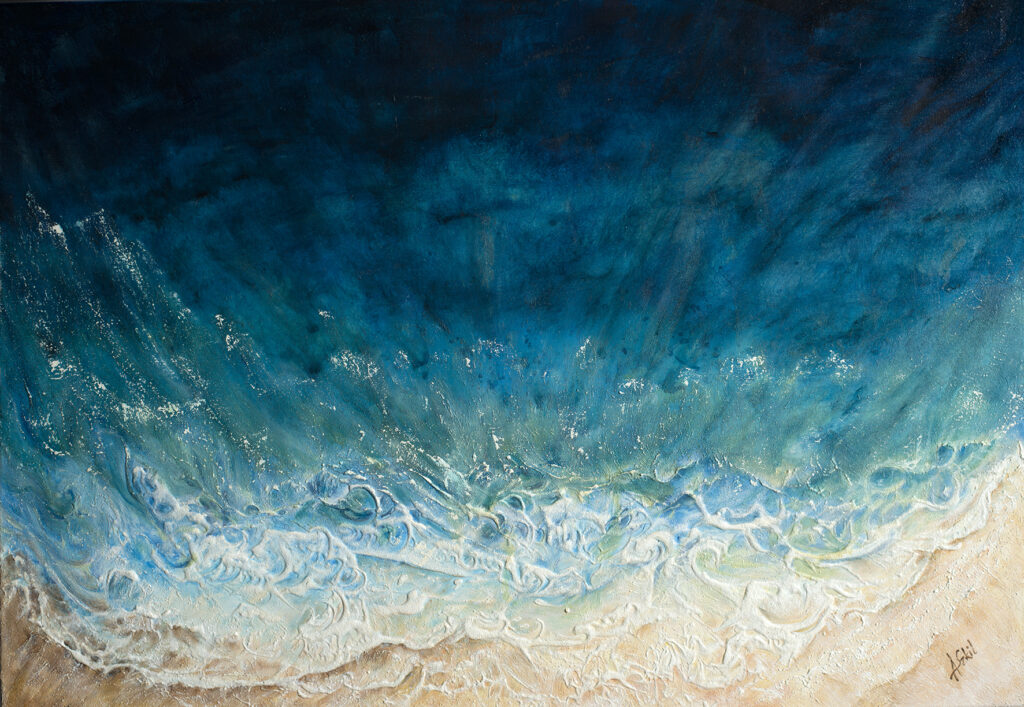 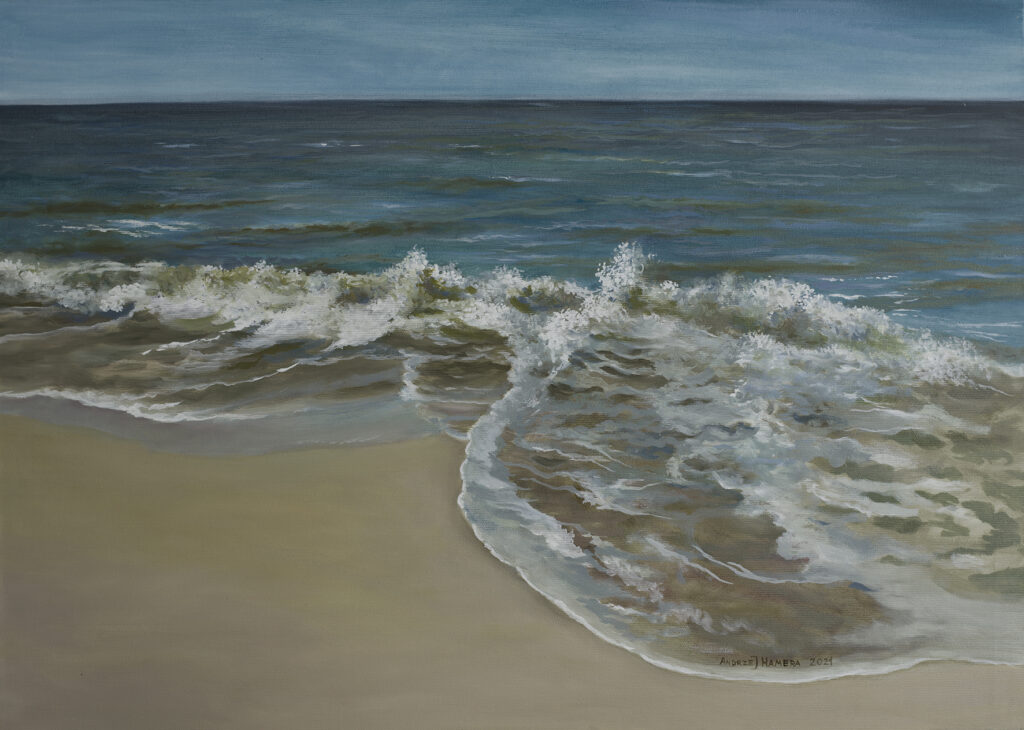 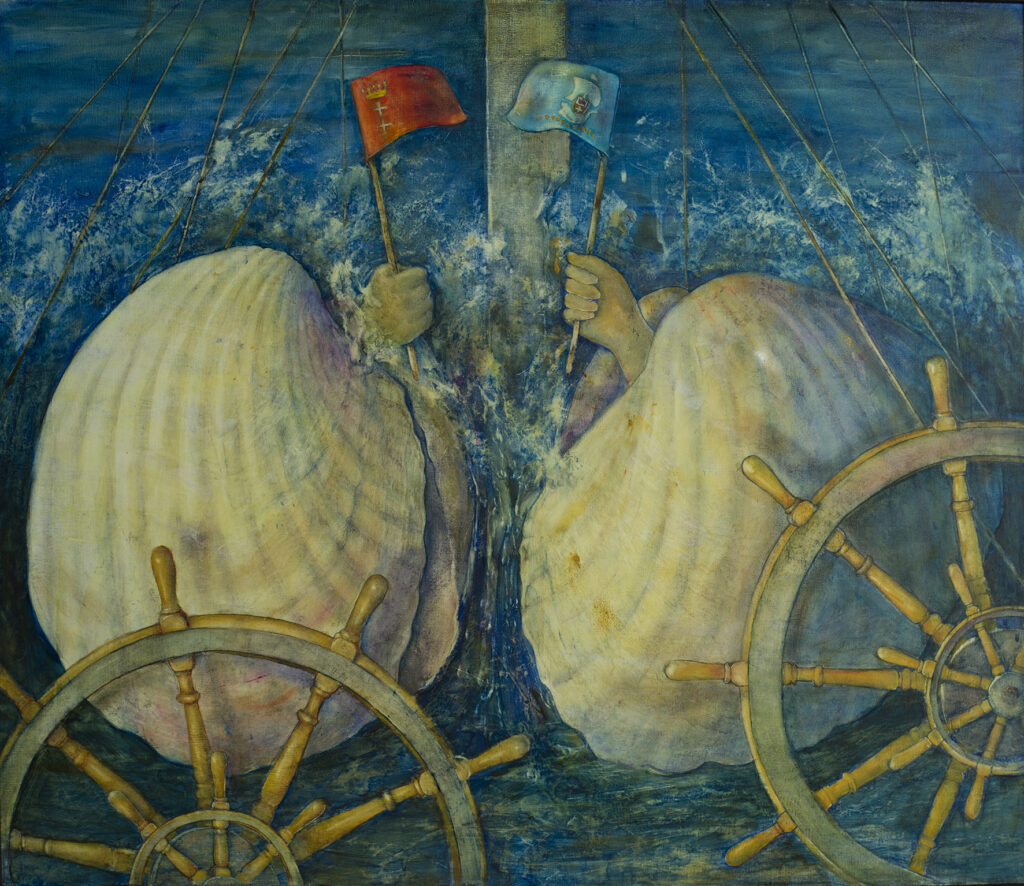 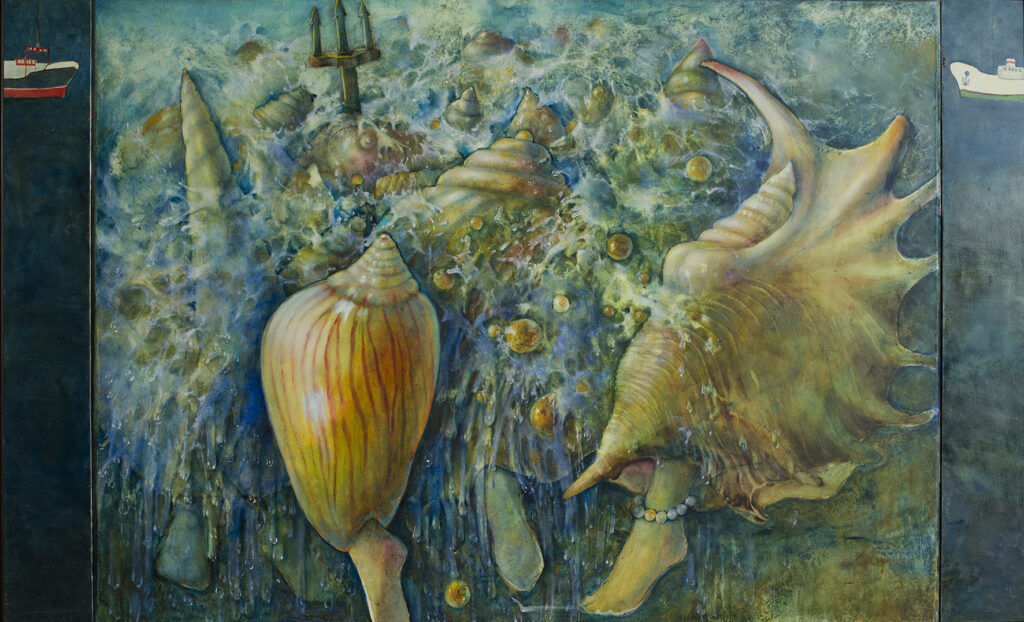 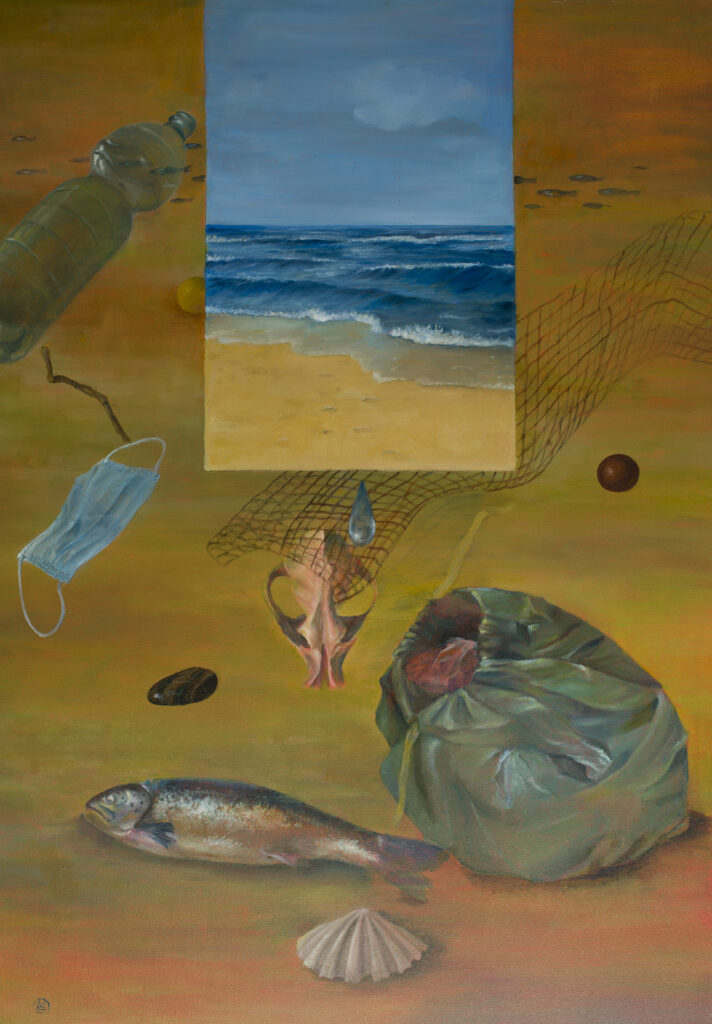 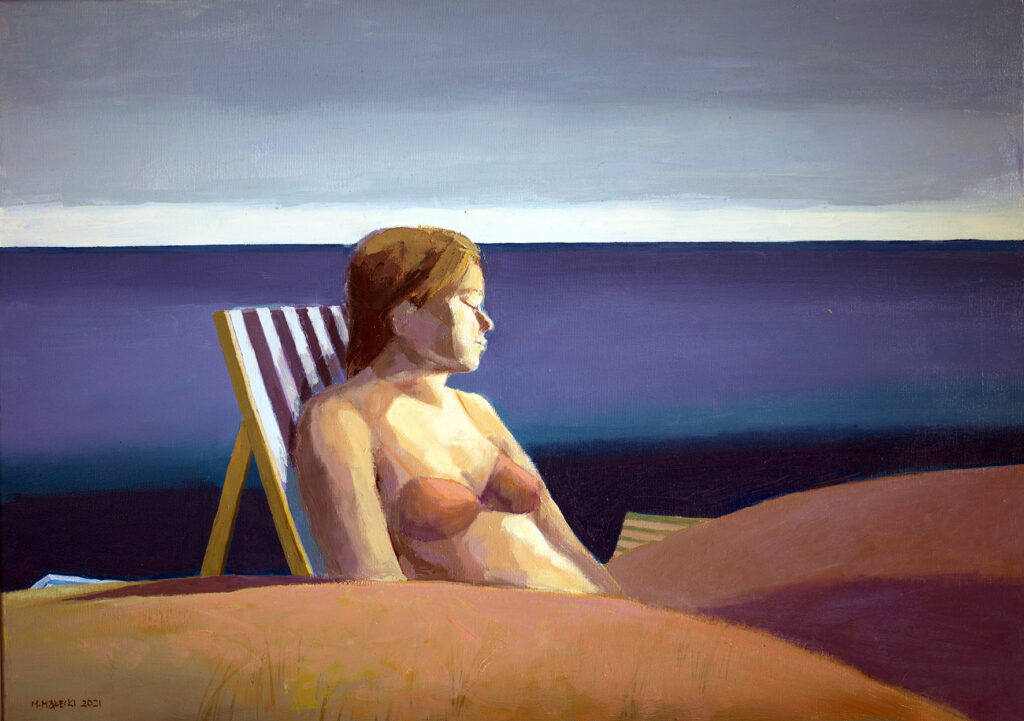 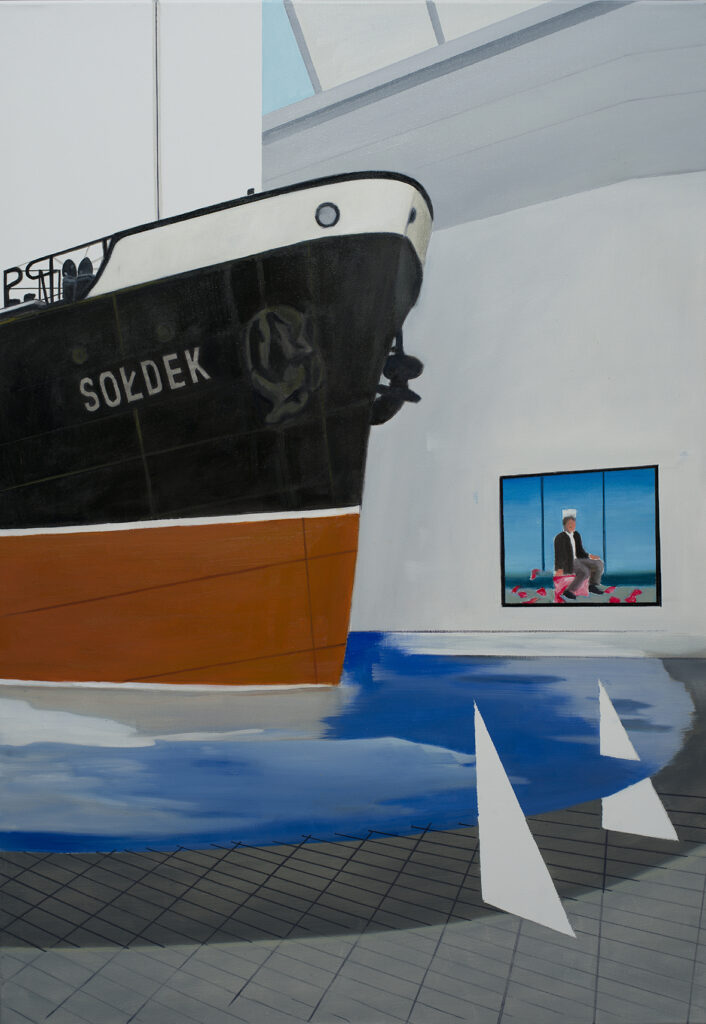 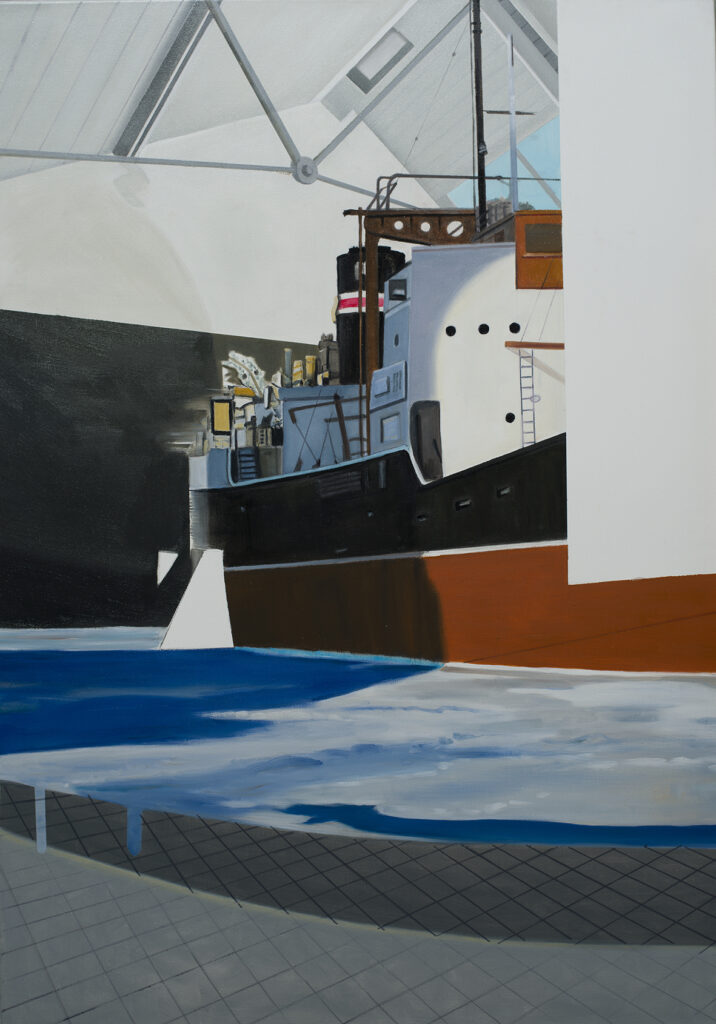 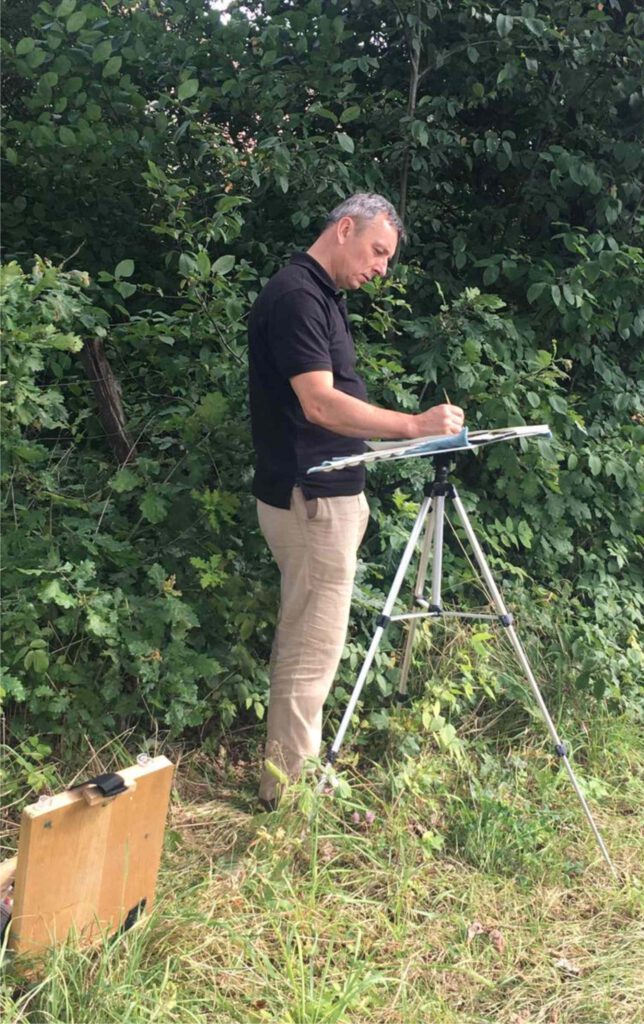 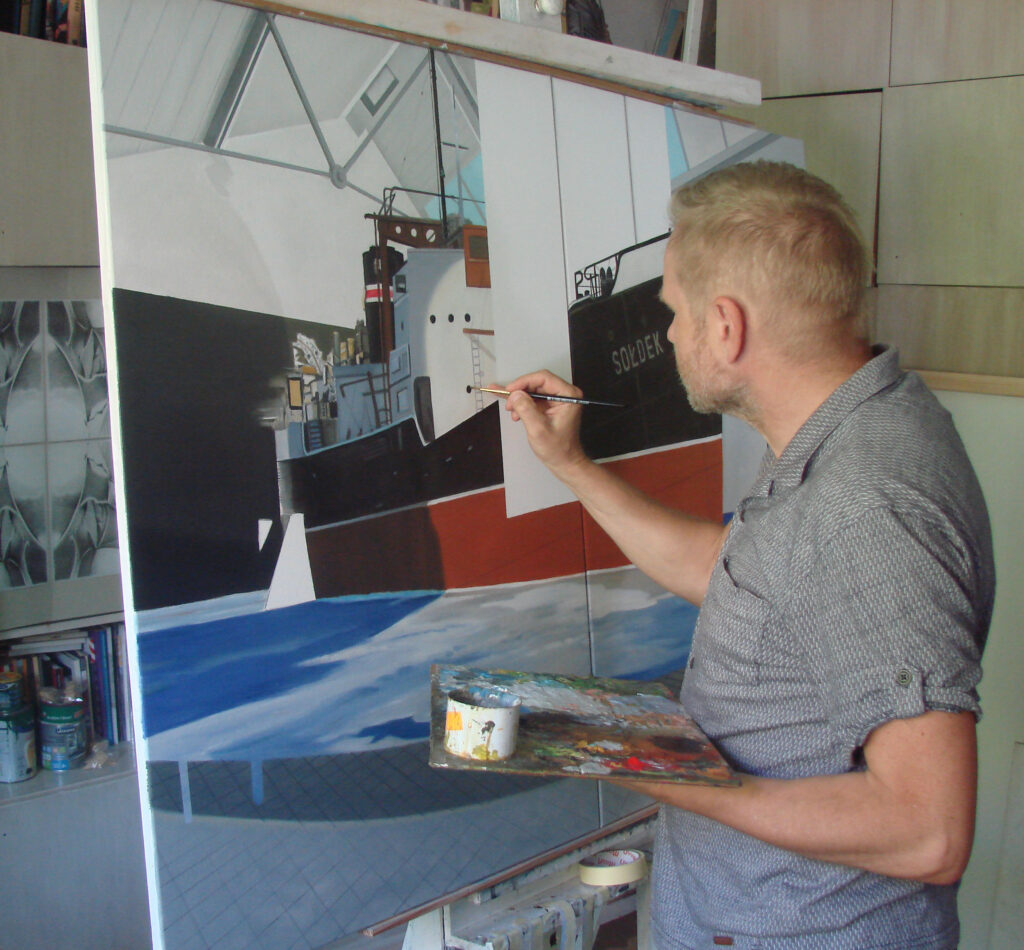