Home>Current exhibitions>Archive>I am sailing “Opty”. Treasures from the Voyage Around the Globe 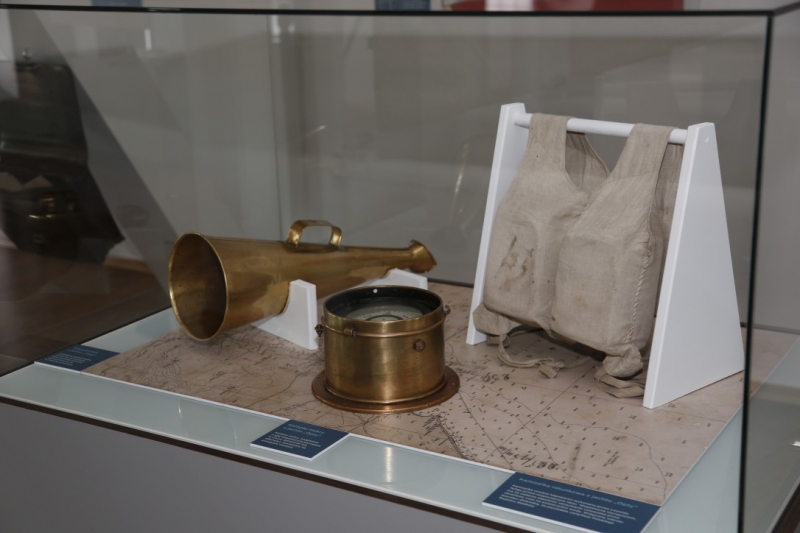 I am sailing “Opty”. Treasures from the Voyage Around the Globe

In 2019, we have been celebrating the 50th anniversary of the end of voyage by Leonid Teliga on board of “Opty”. “I am sailing “Opty” Exhibition. Treasures from the voyage around the globe in the Vistula Museum in Tczew present the history of great adventure, legendary sailor and yacht – the symbol.

Sails, sea anchor, boatswain’s chair, foghorn, speaking tube, log book, personal belongings of Leonid Teliga, letters for the captain – these are some of numerous exhibits presented in the branch of the National Maritime Museum, in Tczew. So far only some of the exhibits were presented to the public. Today, they remind us of the history from more than half a century ago, presenting the atmosphere of the first Polish single-handed voyage around the globe. The renovated yacht, “Opty” is presented in the neighbouring Shipwreck Conservation Centre.

– The exhibition, “I am sailing Opty” is a tribute to Leonid Teliga and remembrance of a very important anniversary in the Polish sailing history – says the exhibition curator, Radosław Paternoga – the National Maritime Museum in Gdańsk has a large legacy of the captain in the form of valuable exhibits, related to the legendary voyage as well as the historic yacht. While preparing the exhibition we knew it would be based on our collection. This time, we have included neither any multimedia, theatrical scenography nor computer animation. In this exhibition, space and light were also significant. We wanted to give our guests sufficient space so that they could feel like sailing on board of Opty together with Leonid Teliga – Radosław Paternoga says.

Soldier, Sailor and Journalist
Leonid Teliga was born on 28 May 1917 in Vyazma, in Russia. He spent his childhood and youth in Grodzisk Mazowiecki. In 1938, after graduating the Infantry Cadet School, he was allotted as a Second Lieutenant to the 44th Rifle Regiment in Rowne. During the defensive war of 1939, he fought near Tomaszów Mazowiecki, where he was wounded. He went with his regiment to Volhynia, where he fell into the Soviet captivity. Later, he became a fisherman and worked on fishing cutters on the Don River as well as the Sea of Azov and the Black Sea. In 1942, he joined the Polish Army formed by gen. Władysław Anders, and went to Great Britain. After the training in Canada, as air gunner, he fought in No. 300 Polish Bomber Squadron “Land of Mazovia”. In 1947, he returned to Poland. He was employed at the Press Department of the Ministry of Foreign Affairs and later worked at the editorial office of “Sztandar Młodych”. During holidays, he worked as a fisherman in the Fishery and Fishing Service Company “Arka” in Gdynia. In 1957, he went to Korea to work at the UN Arbitration Commission. At the same time, he was involved in writing short stories and translating. He was also a regular correspondent of the Polish Press Agency in Rome. In 1963, he returned to the African fishing grounds and a year later he began working for the International Commission for Supervision and Control in Laos.

Passion for Sailing
Leonid Teliga was developing his passion for sailing already as a young boy, living in Grodzisk Mazowiecki. His interests solidified during his military service; he obtained the coxswain license during the sailing course in Jastarnia. The first, timid plan for the voyage around the globe appeared after the war; Teliga was dreaming about returning from Great Britain to Poland around the globe. Unfortunately, at that time his project could not have been conducted. When he returned to Poland, he began teaching young sailors at courses organized by the Maritime League, mainly on the Vistula River and in Giżycko. In 1956, after years of restrictions imposed by the government, he could finally sail for the first time in the Baltic Sea. On another voyage, he went as a journalist on board of „Dar Pomorza”. Yet, all the time he was thinking about the solitary voyage around the globe. It had never been done before by a Pole. Planning the voyage, he never considered renting the yacht from his Marine Yacht Club “Gryf”. He chose a solution, for those times, nearly impossible to reach – the construction of his own yacht. He was already saving money for that purpose. He chose “Tuńczyk” type construction and commissioned a young boat builder from Gdynia – Maciej Dowhyluk, to build the yacht. The construction was in progress between 1965 and 1966, and the yacht was named “Opty” – from the word “optimist”.

Success, Fame, Remembrance
Leonid Teliga became the first Polish sailor who single-handedly circumnavigated the globe. During the voyage, he faced not only the nature of the seas but also serious illness. His achievement won significant acclaim, and the success of voyage and Teliga himself was proven by meetings with thousands of people as well as numerous awards and distinctions granted to the sailor. Unfortunately, despite the operation performed after his return, Leonid Teliga died on 21 May 1970 in Warsaw, remaining an example to follow for many generations of sailors. His achievement became inspiration for his followers. To commemorate Leonid Teliga, the Marine Boatyard in Szczecin was named after him. He is also the patron of numerous scout troops, marine teams and schools. The editorial office of “Żagle” monthly magazine grants annual Leonid Teliga awards for the marine-related publication, sailing achievement and promotion of sailing in Poland. The monuments of famous sailor can be found in Gdynia and Grodzisk Mazowiecki.

Read also: OPTY – yacht which sailed around the world 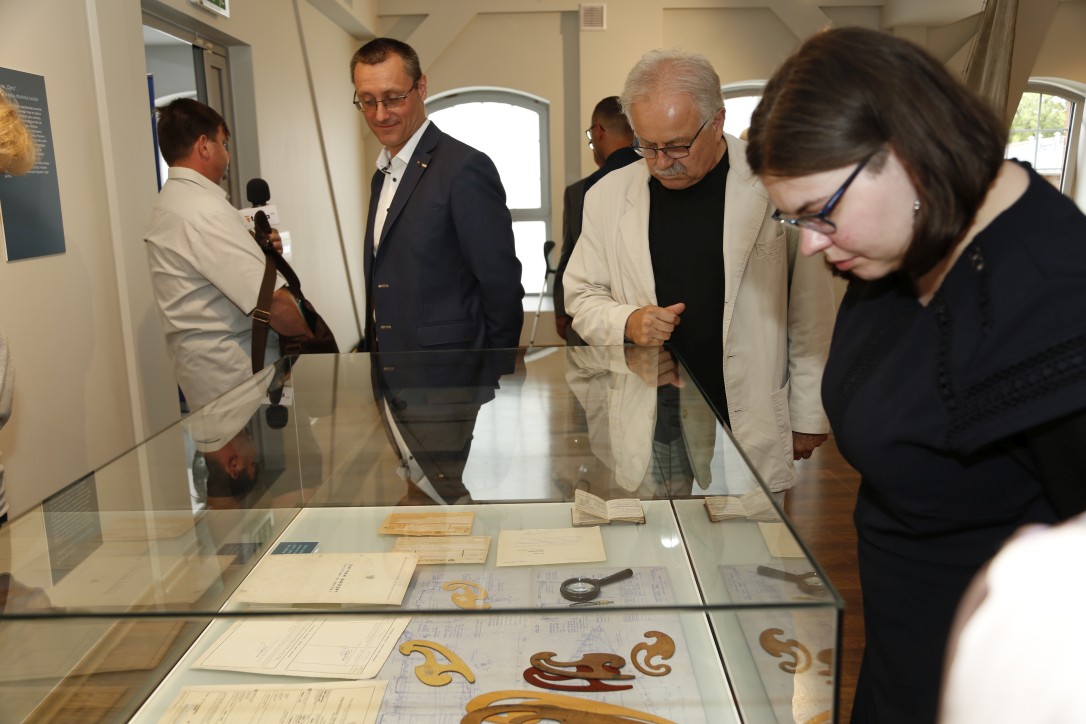 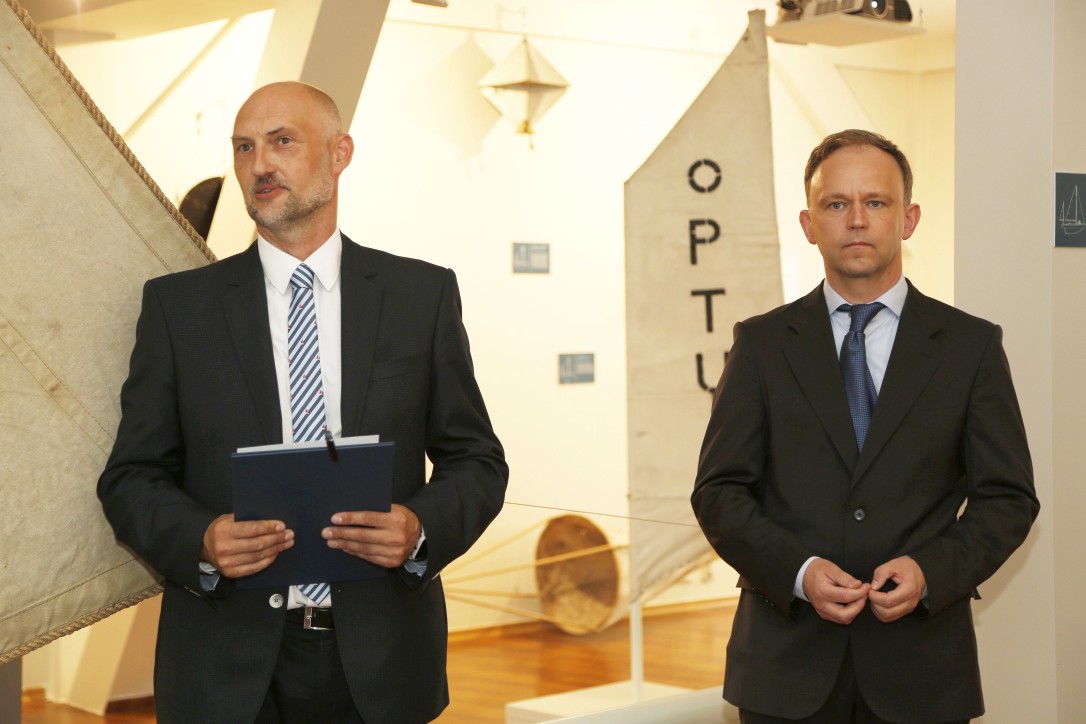 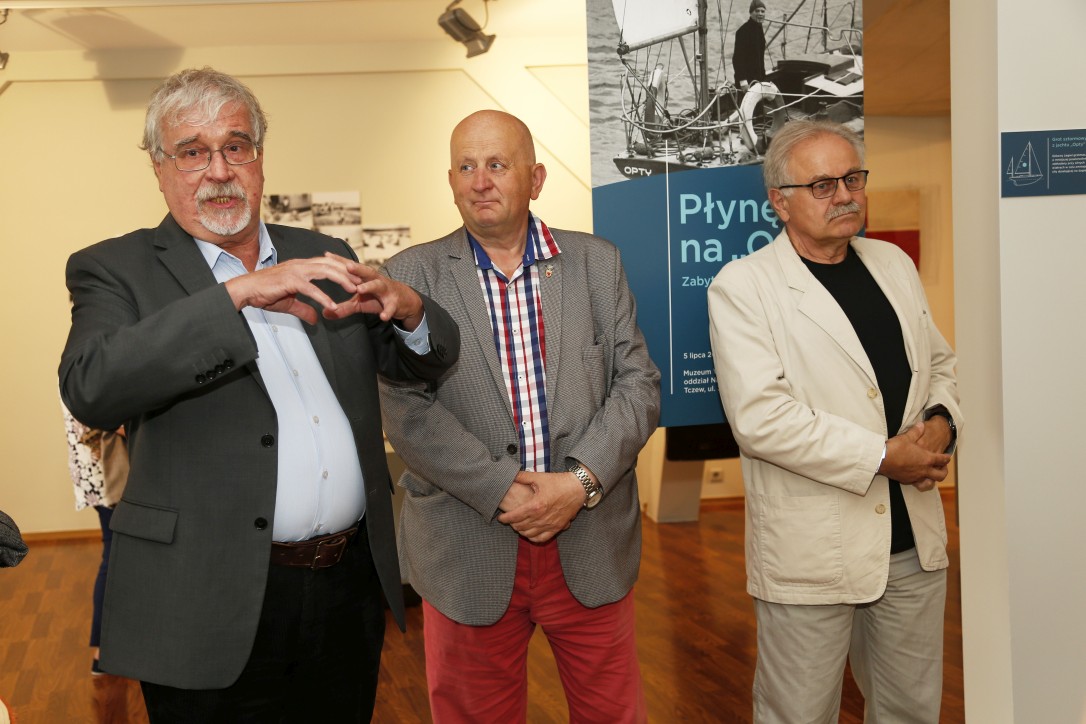 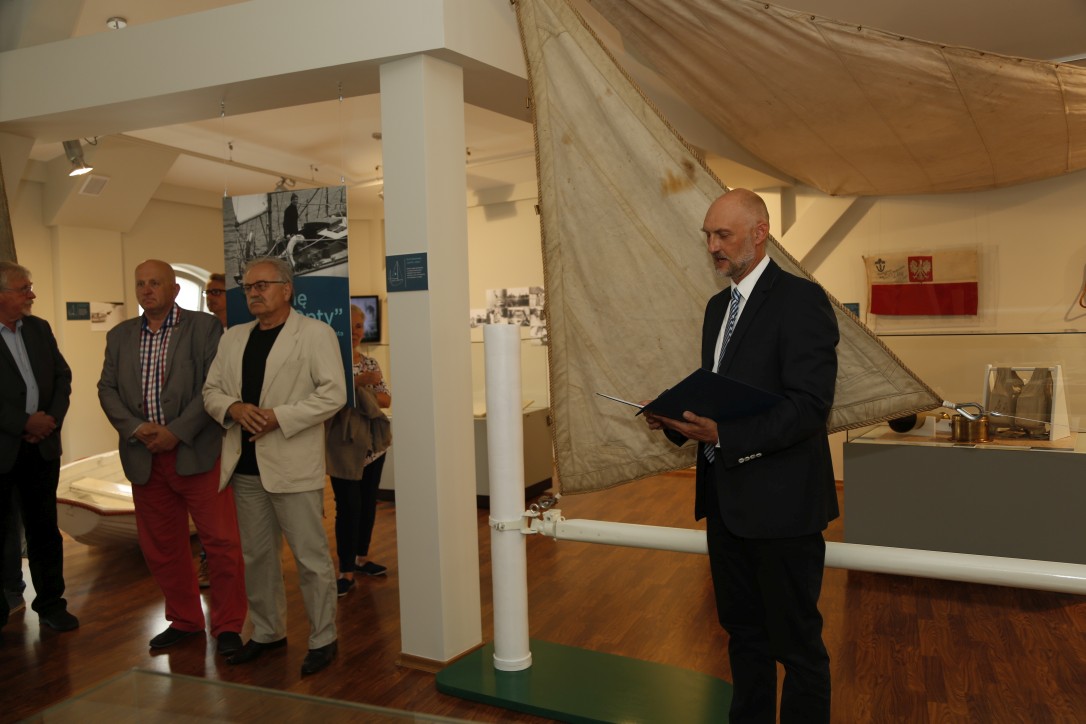 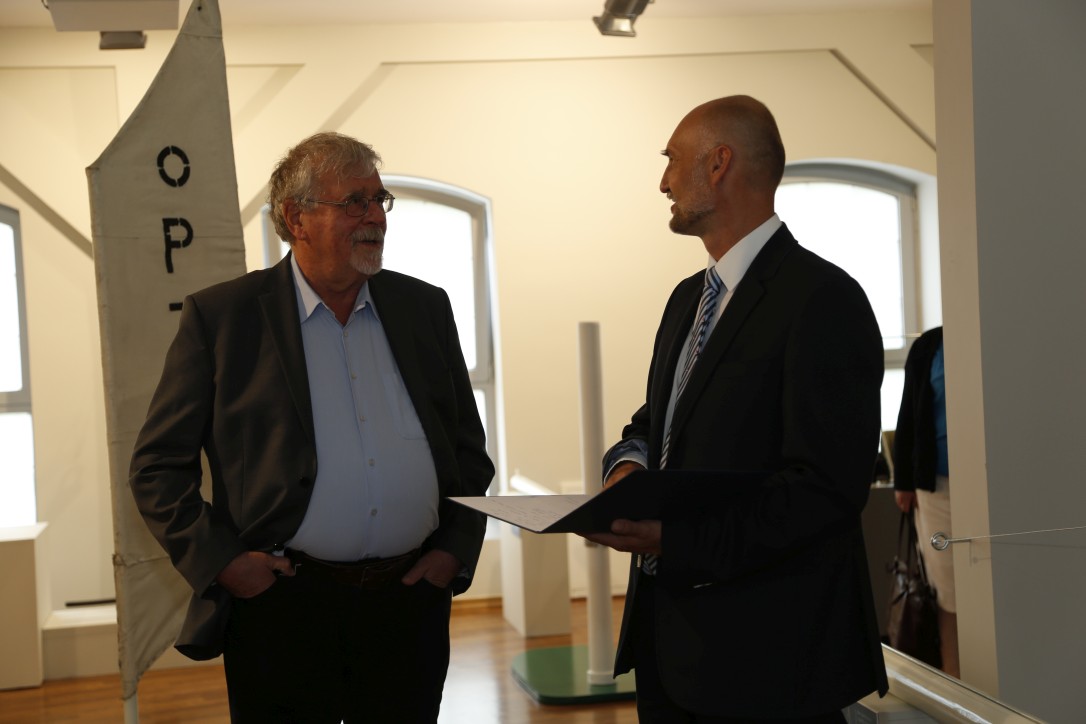 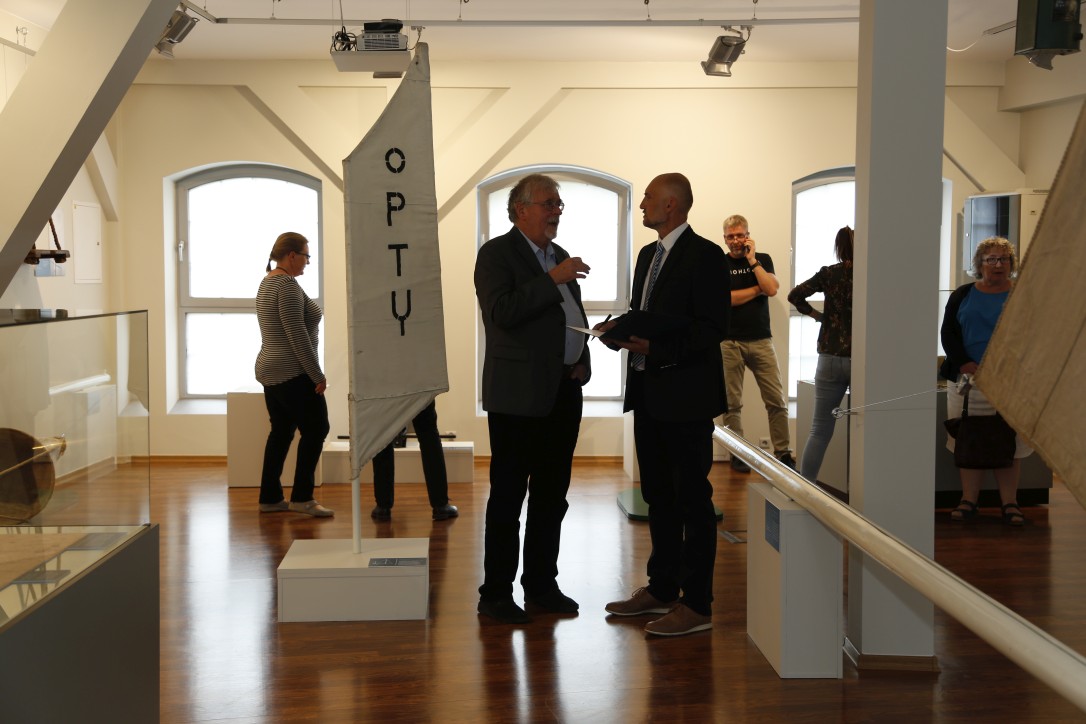 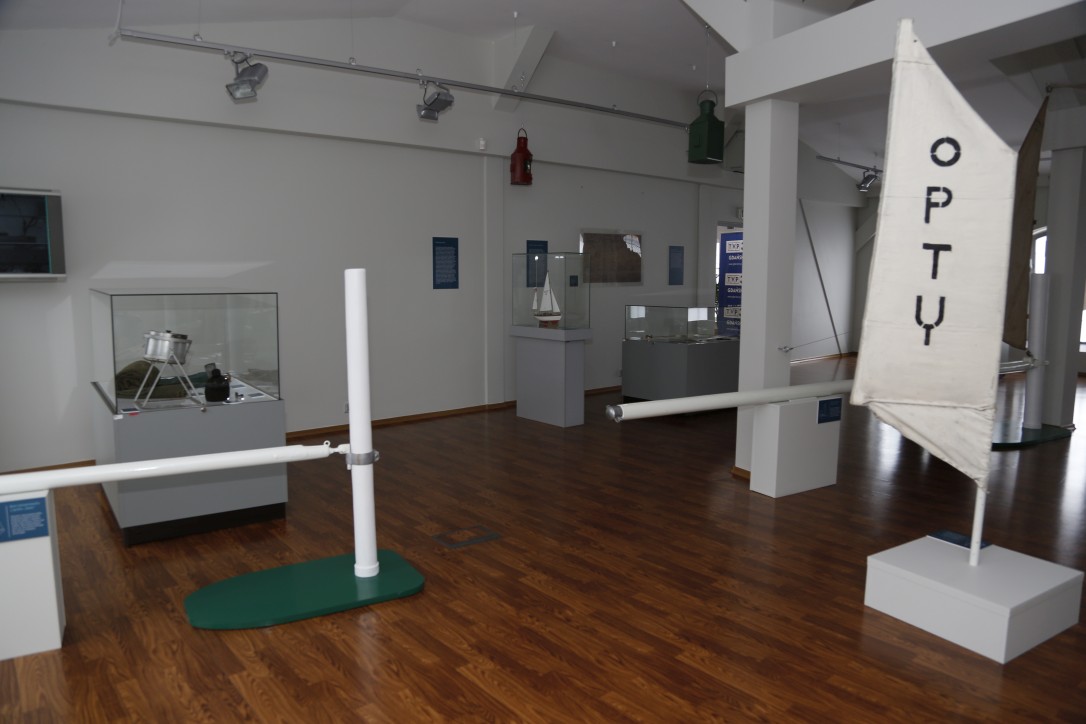 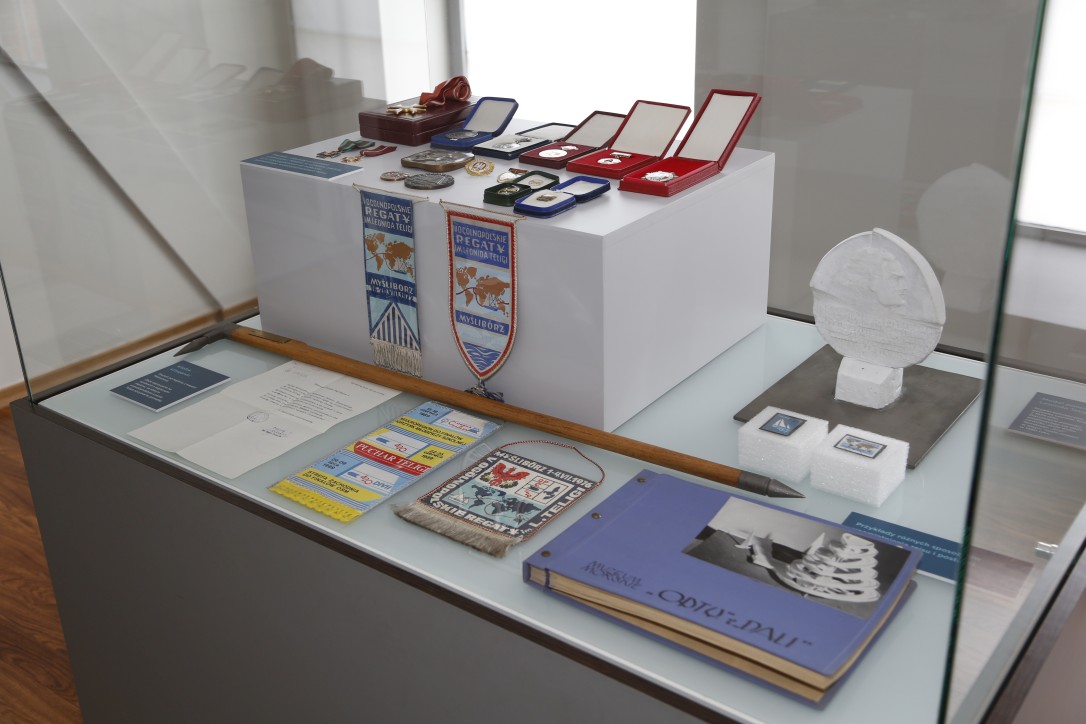 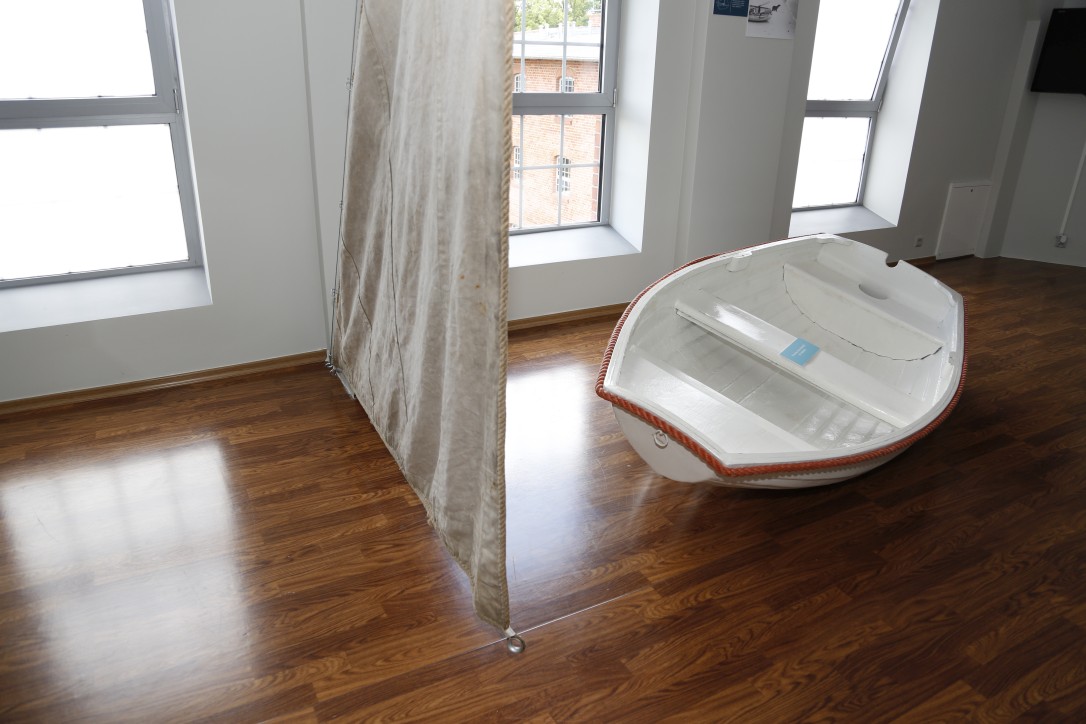 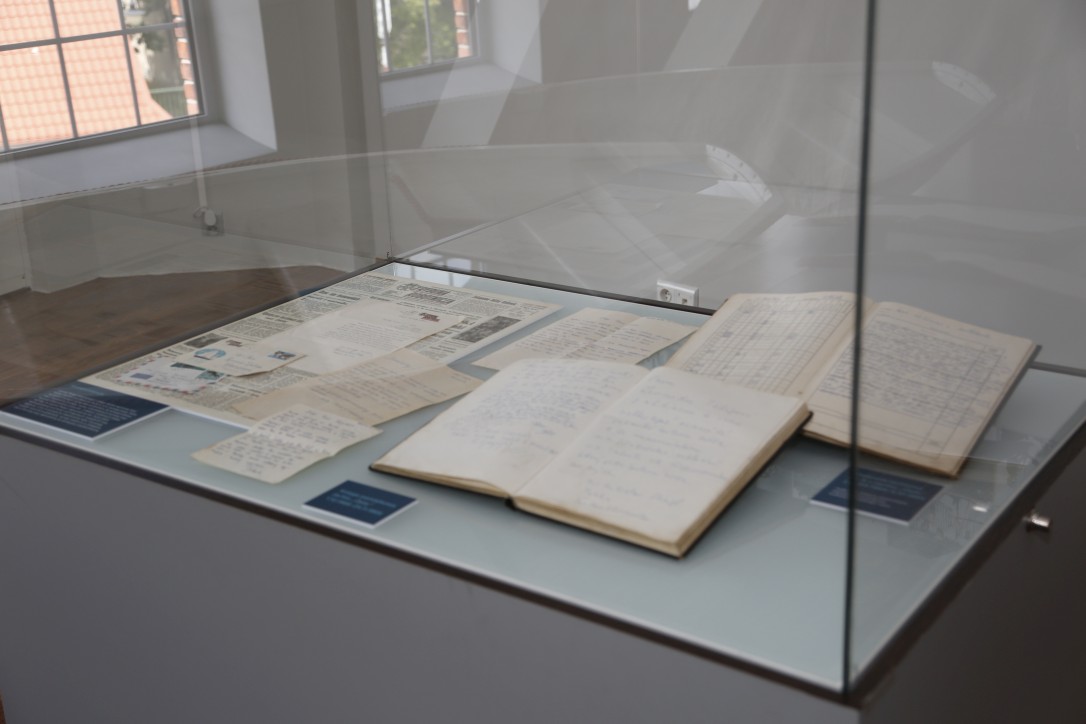 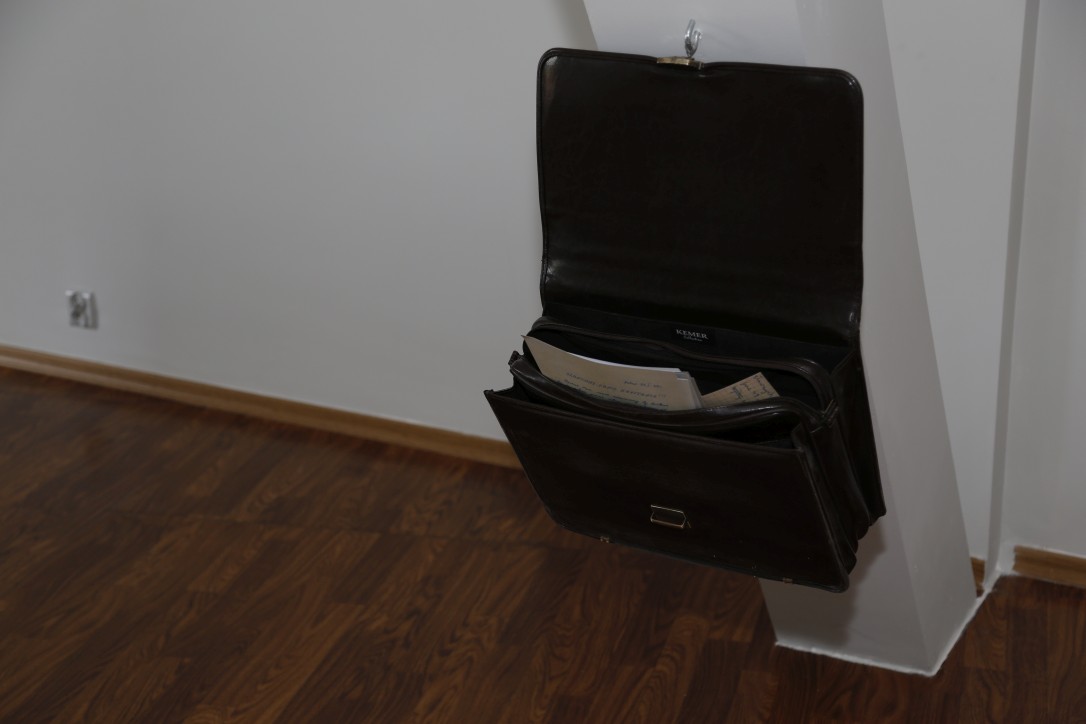 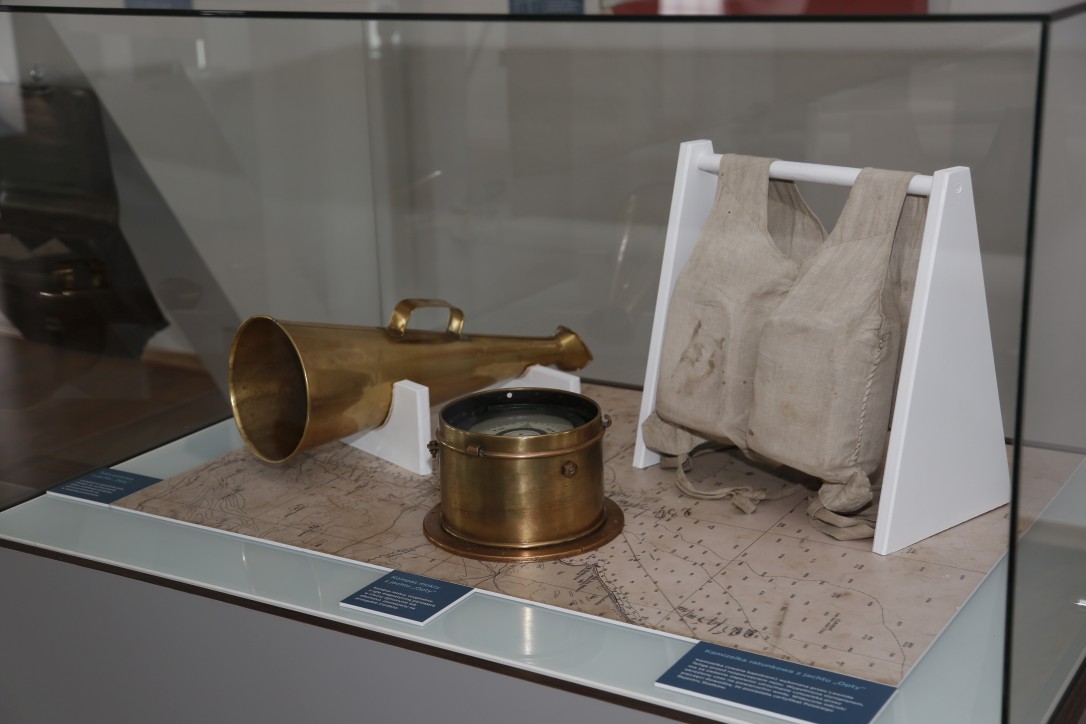 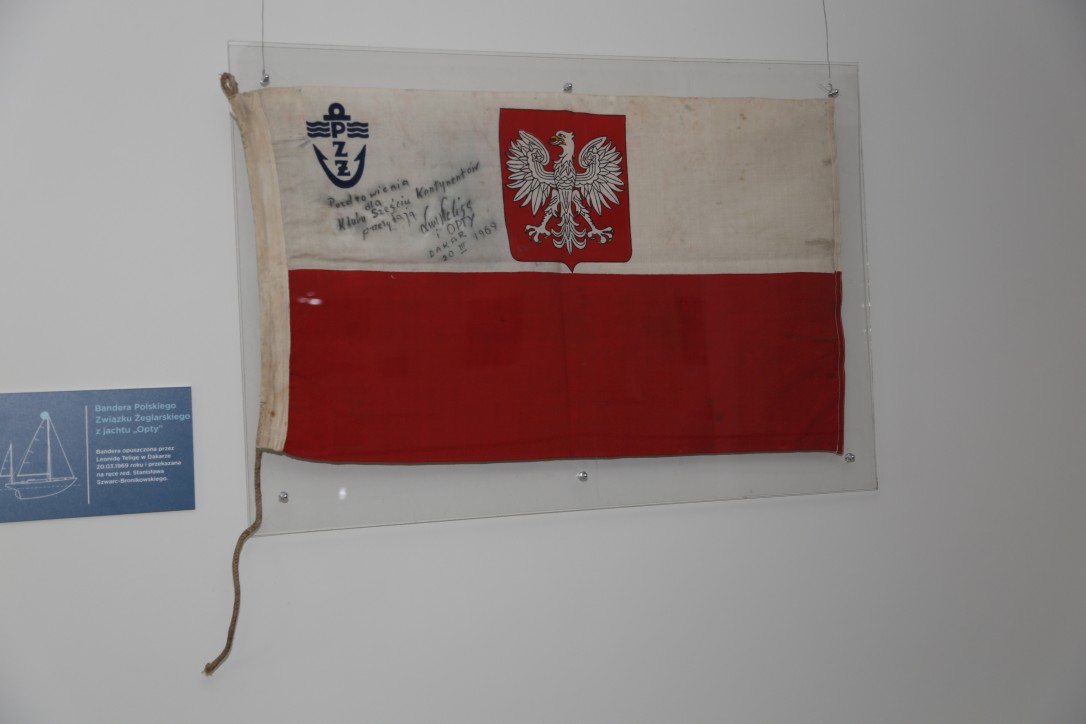 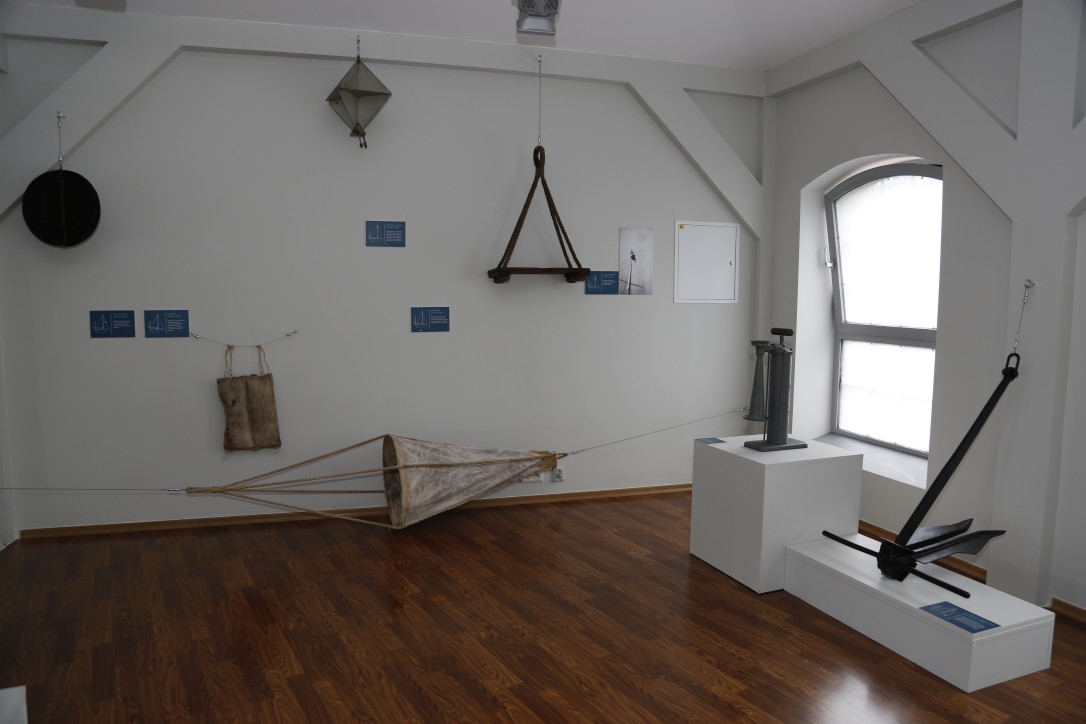 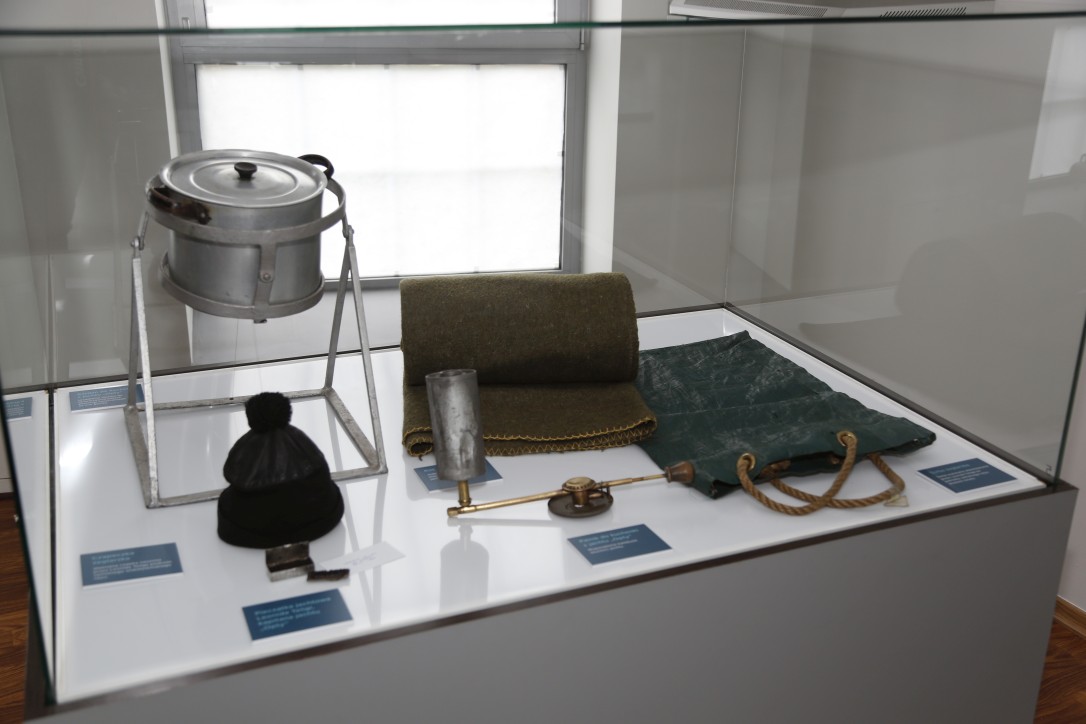 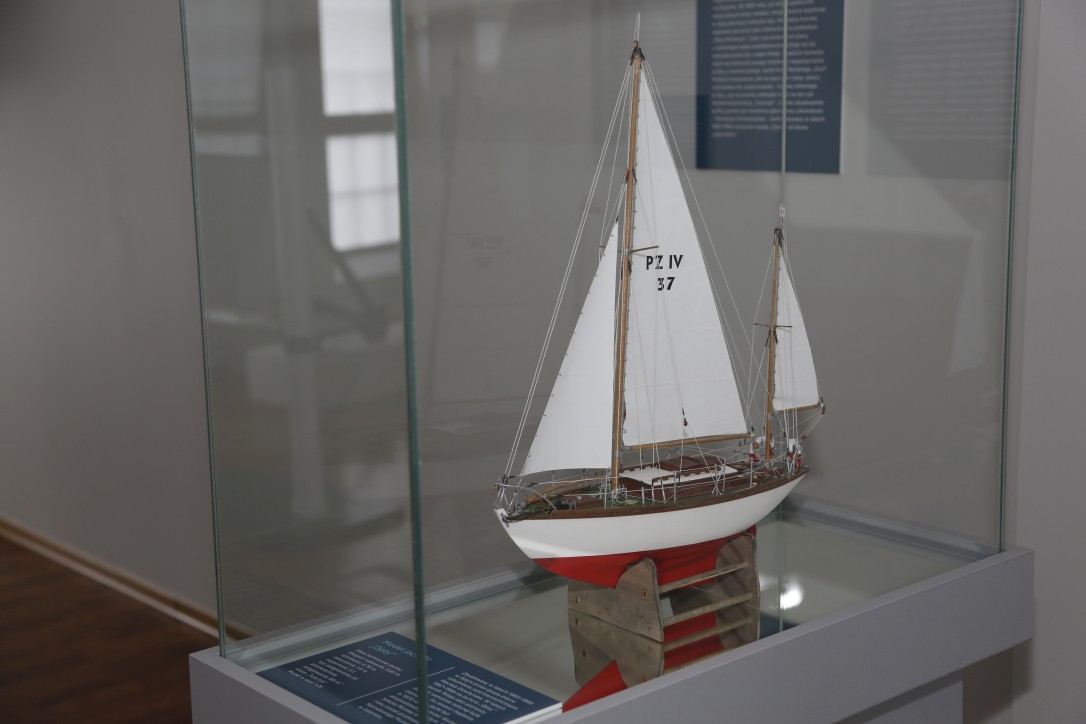 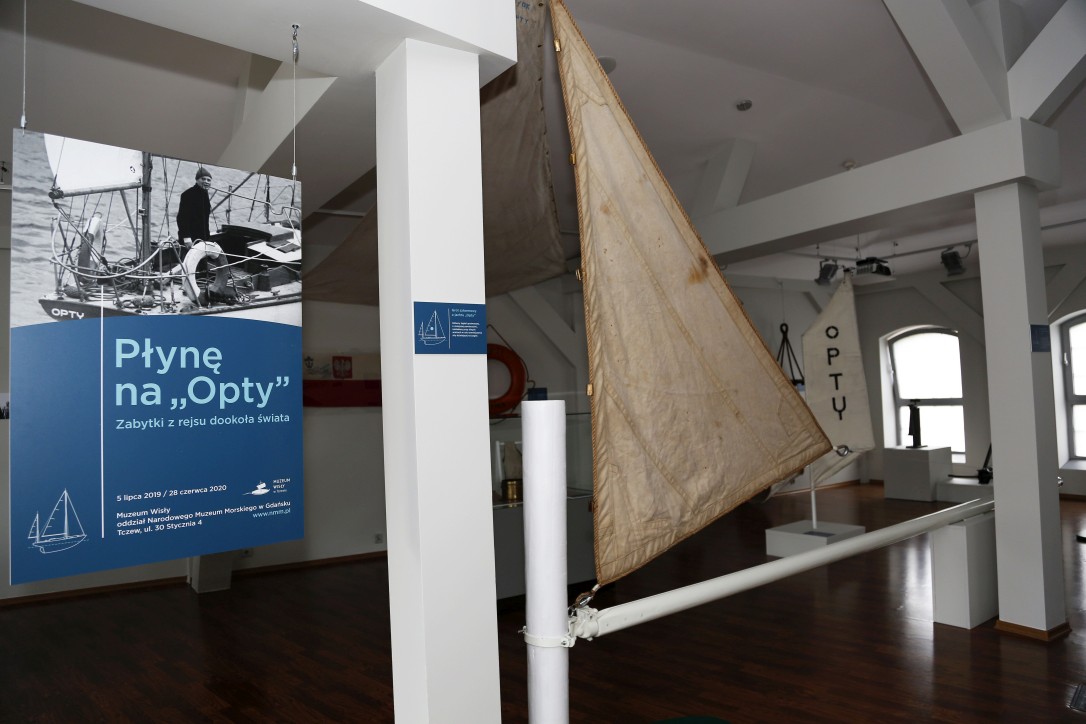