Home>Current exhibitions, News>Archive>“A view of the sea. Works of the artists deriving from the Sopot School”, the 15th exhibition of the “Polish artists and the sea” cycle 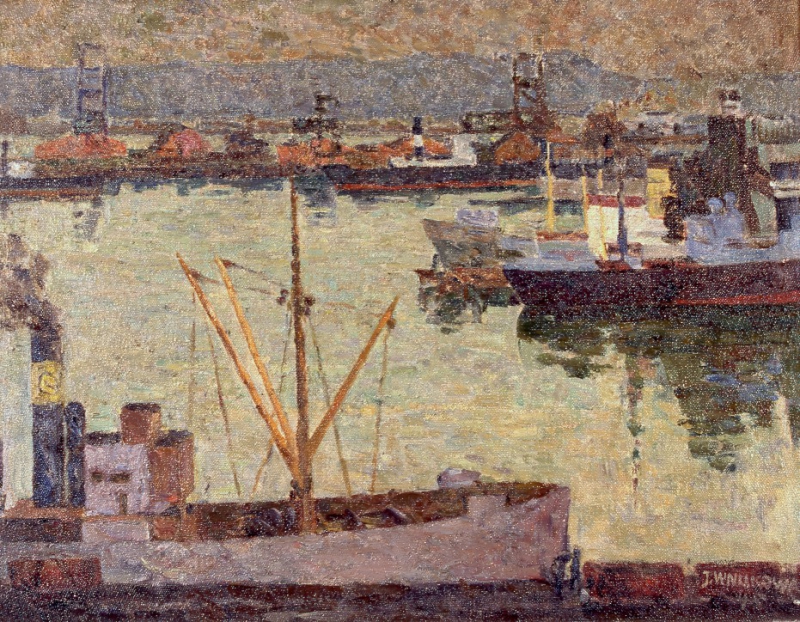 “A view of the sea. Works of the artists deriving from the Sopot School”, the 15th exhibition of the “Polish artists and the sea” cycle

For some people, this is a shameful Socialist Realism episode, others perceive it as a community of artists working together in a particular place, which was Sopot, while some consider it to be Colouristic Modernism of the 1950s. The “Sopot School” term is a controversial and dubious subject, especially considering the fact that members of this artistic circle chose diverse directions for their further development. “A view of the sea” is an exhibition dedicated to the maritime subject in the works of a group of artists deriving from the so-called “Sopot School” circle.

The “Sopot School” term refers to a group of artists who in 1945 organized an artistic school on the Polish Baltic coast, known today as the Academy of Fine Arts in Gdańsk. The first seat of the new school was situated in a villa in Sopot, and the works presented by its affiliated artists found recognition at, among others, the Polish Fine Arts Exhibitions. Critics noticed a specific feature of the works created by painters from the coast, an undefined impression of a community, which caused introduction of the “Sopot School” term to press and later to other forms of mass media. The term was still used at the turn of the 1950s and 1960s, however it had never acquired a clear definition. It is known, however, that it is related to a group of be-friended artists who came to the Polish Baltic coast right after the war: Krystyna Studnicka and Juliusz Studnicki, Hanna Żuławska and Jacek Żuławski, Józefa and Marian Wnuk, Janusz Strzałecki, as well as artists who joined the group a bit later, among others Stanisław Michałowski, Kazimierz Śramkiewicz and Stanisław Teisseyre.

The period of the highest activity of the “Sopot School” artists included the years 1945-1959. Besides their exhibition activities, they were also involved in reconstruction of the historic monuments in Gdańsk. In the years to follow, their life paths diverged. Some of them were fully dedicated to their creative work, while others combined their artistic activities with academic work at the academy, and some left the coast.

“A view of the sea” exhibition is an attempt at presenting the way and the extent to which the place where the “Sopot School” painters lived and worked influenced their artistic works.

“Most of the exhibited works were created after the Socialist Realism doctrine had seized to be employed in fine arts”, says Liliana Giełdon, Head of the NMM Maritime Art Department. “This is the source of stylistic diversity of the collected paintings. After initial experiences with the Socialist Realism, common for all the artists, in the “Sopot School” edition, additionally enriched by earlier experiences with Colourism, each member of the group followed a different direction. Some of them, like Krystyna Łada-Studnicka, continued the Post-Impressionism path started before the war, others, like Stanisław Michałowski and Kazimierz Śramkiewicz, followed the direction of the synthetic art with geometrized forms, some, including Józefa Wnuk and Jan Wodyński, chose decorativeness which over time directed them towards semi-abstract art. For Stanisław Teisseyre, seascape became a pretext for displaying symbolic motifs, whereas Roman Usarewicz conducted interesting artistic experiments by adding elements of collage and light installation to traditional painting”.

The works presented at the exhibition come from the collections of the National Maritime Museum in Gdańsk and other museums in Poland. 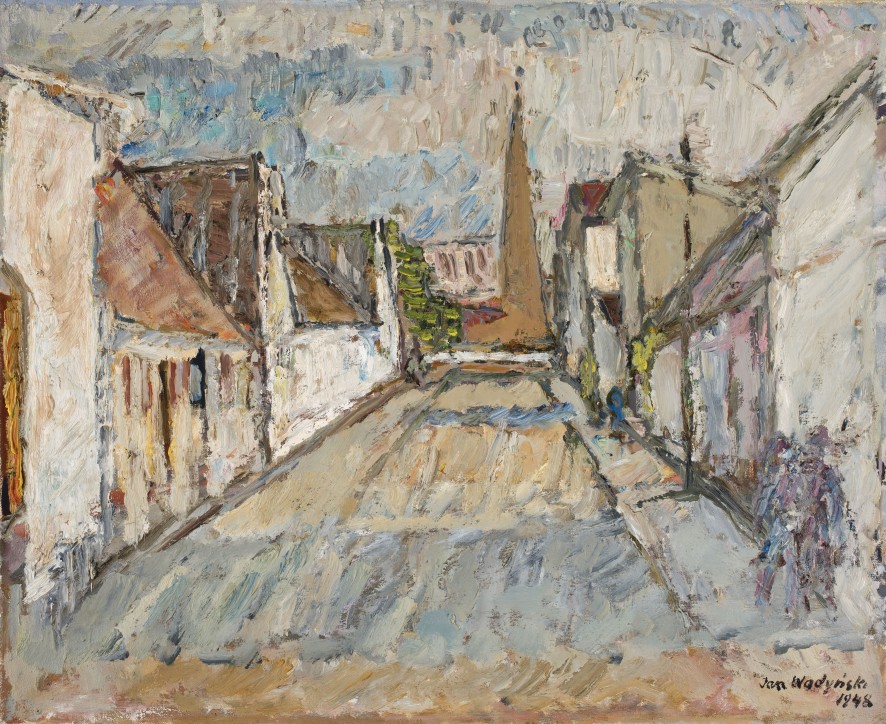 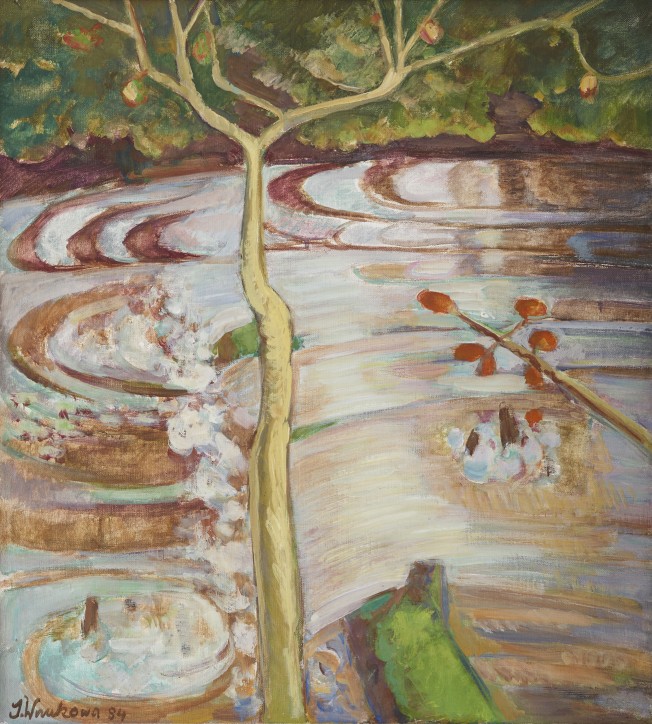 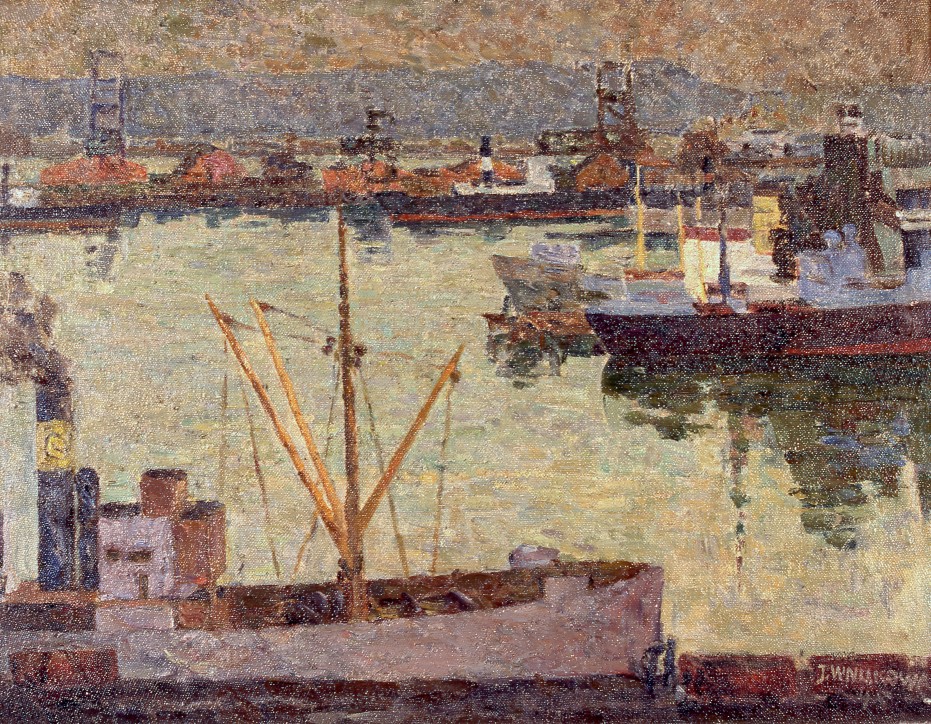 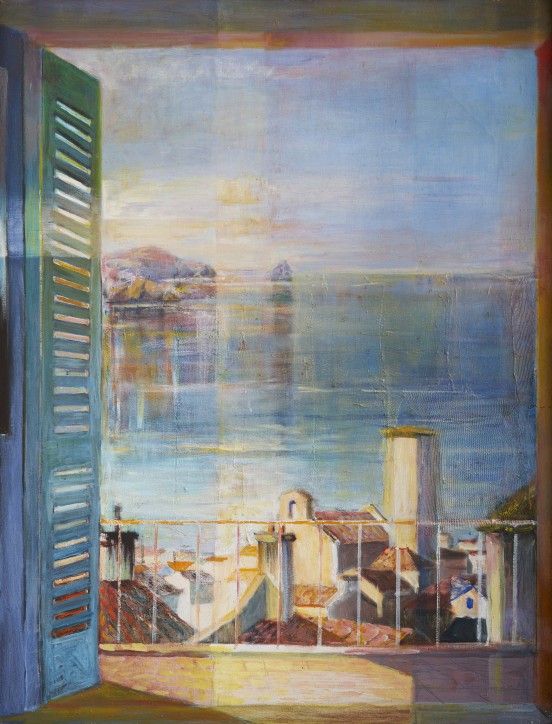 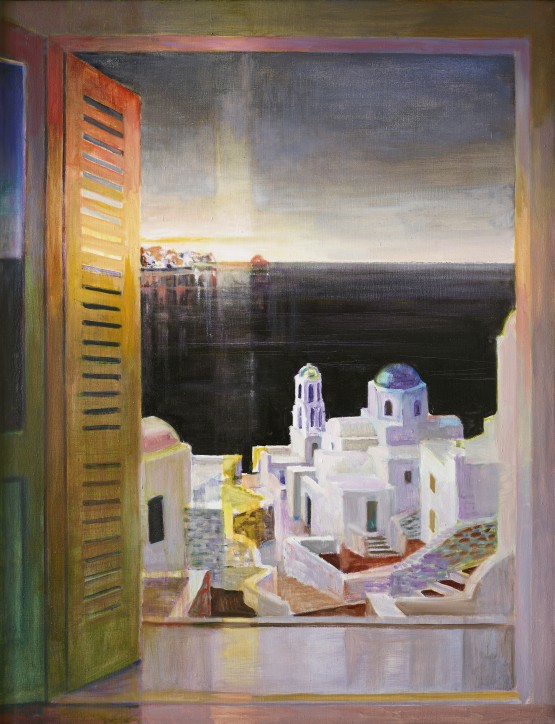 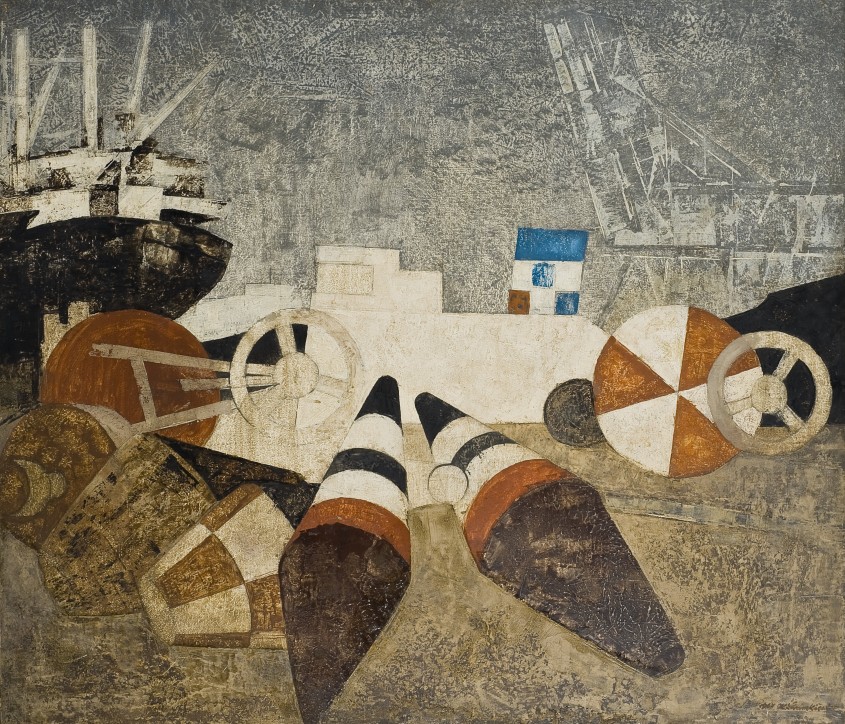 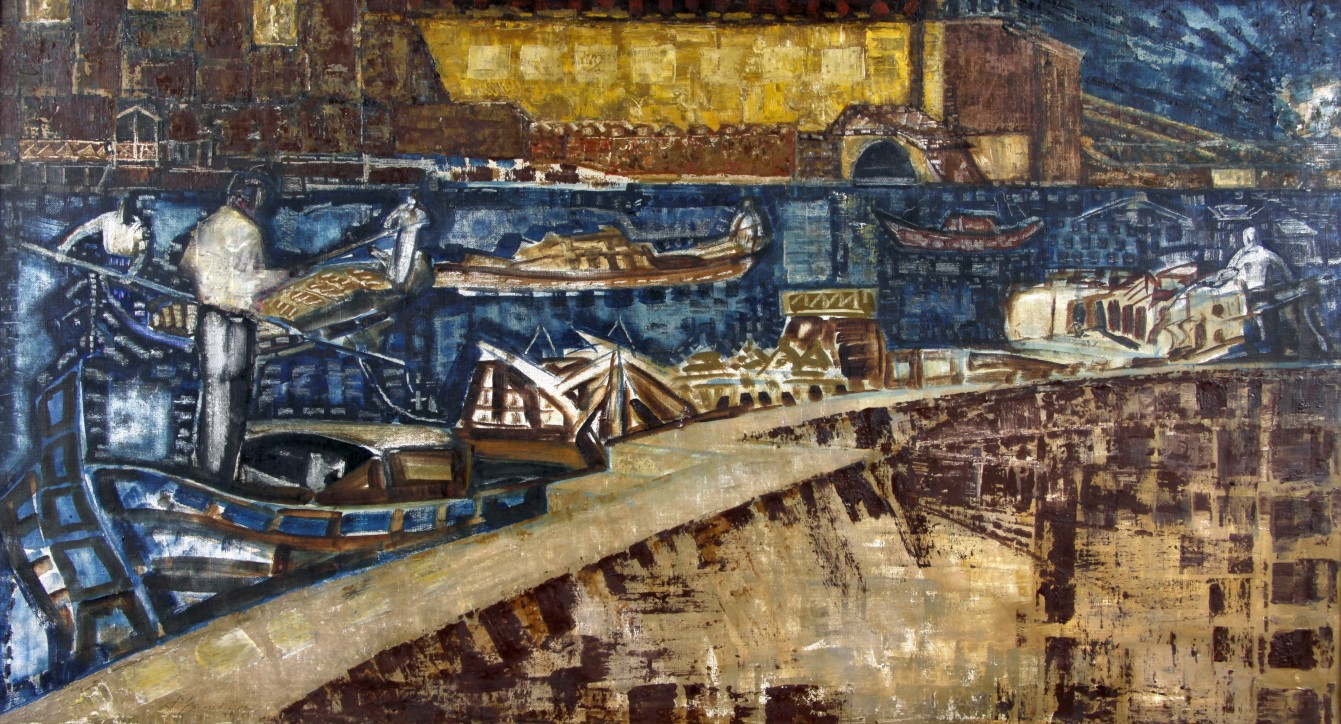 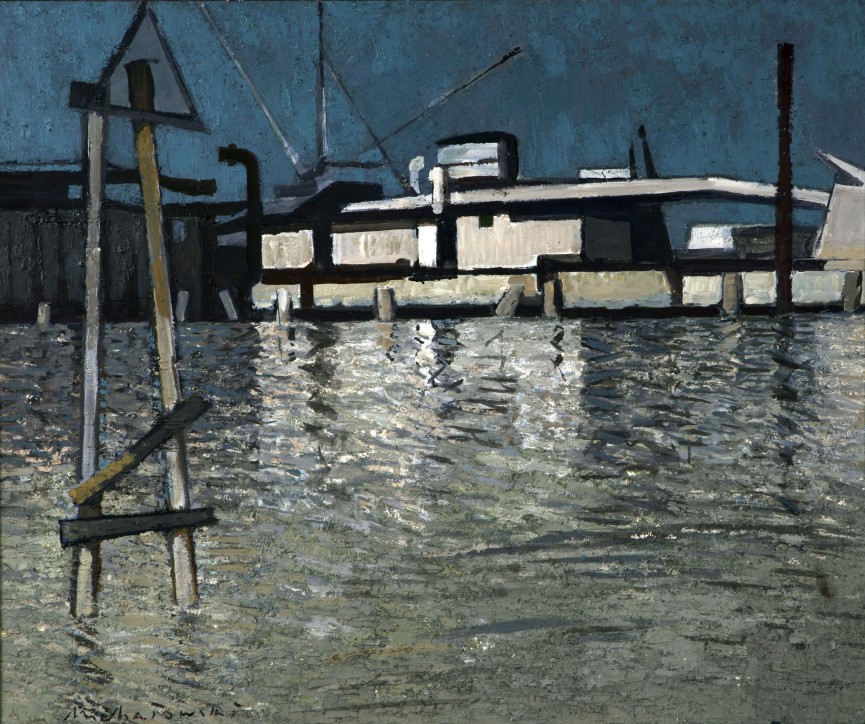 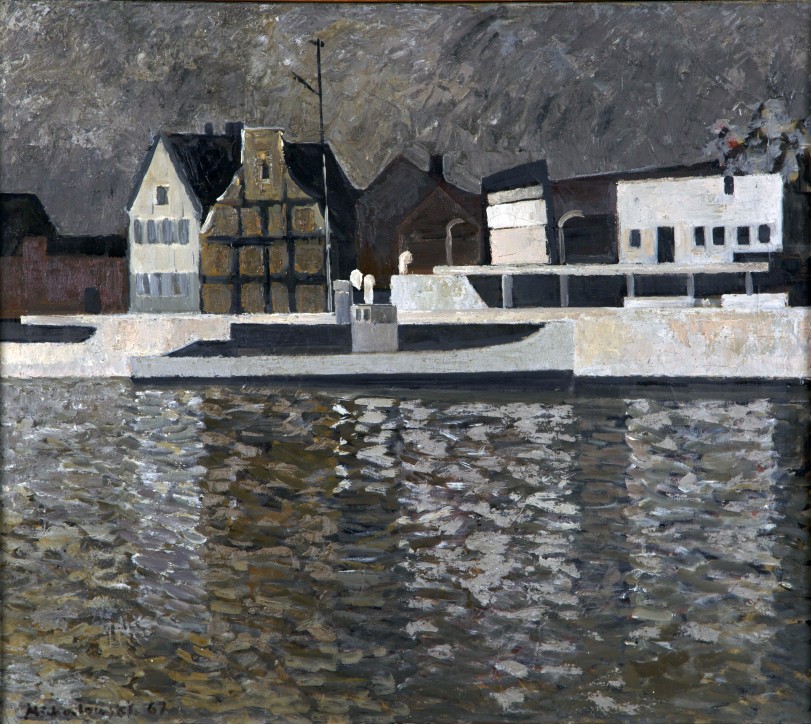 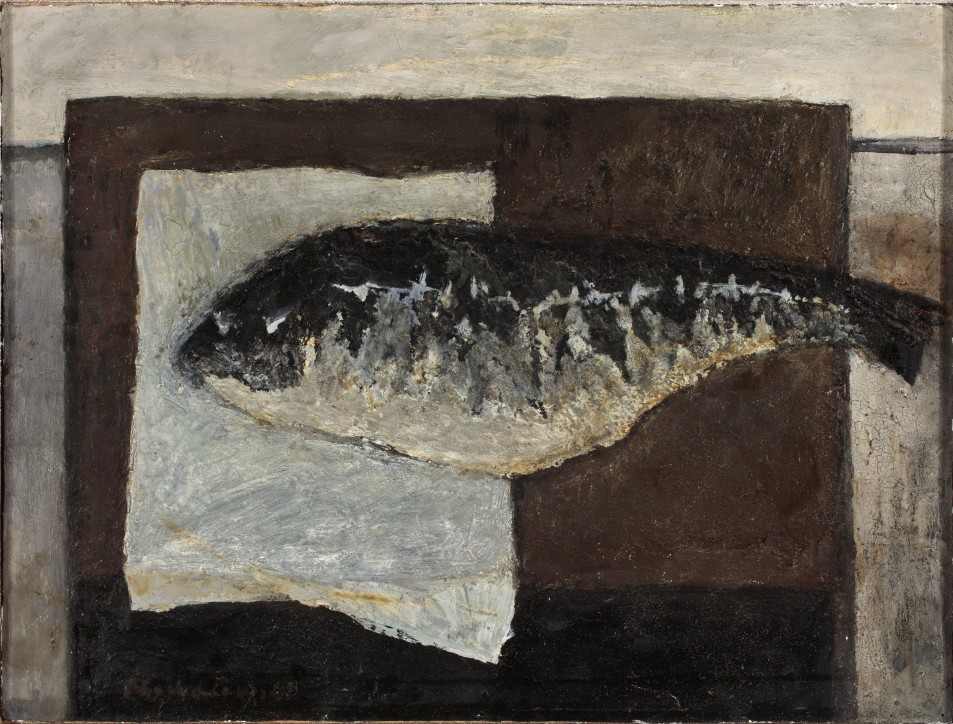