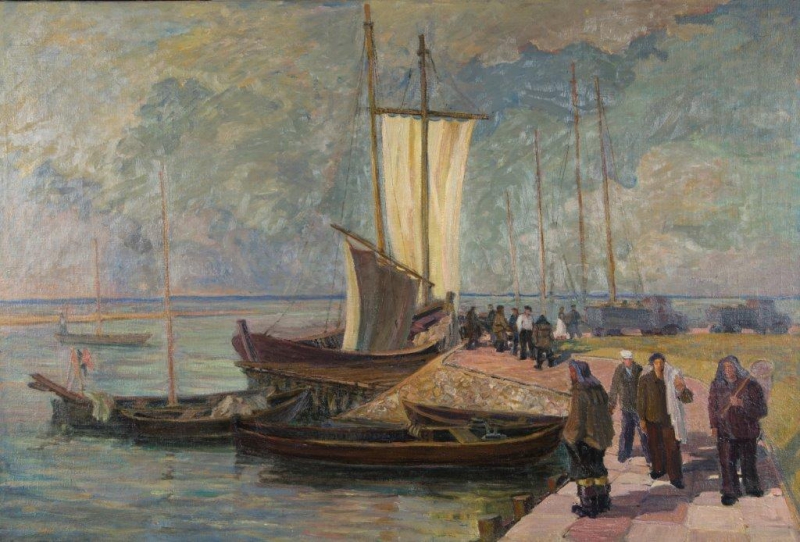 The fact that a bond of marriage which unites two artists may have an inspirational influence on their artistic work has been proven by such couples as Frida Kahlo and Diego Rivera as well as Auguste Rodin and Camille Claudel. The National Maritime Museum in Gdańsk is pleased to invite its visitors to the exhibition of works created by an artistic couple of Władysława Rogińska and Bolesław Rogiński.

“By the Baltic Sea. Painting of Władysława Rogińska and Bolesław Rogiński” exhibition will be held between 20 May and 31 August 2016 in the Granaries on Ołowianka Island as a 14th edition of the “Polish Artists and the Sea” cycle. Ninety-two works created by both artists will be displayed at the exhibition.

Władysława Rogińska and Bolesław Rogiński drew their inspiration from the Baltic Sea landscape. They painted the Baltic coast with its wide sandy beaches, ports in Władysławowo, Jastarnia, Puck, Hel and Kąty Rybackie, fishing boats and views of Gdańsk, fishermen at work and portraits of shipyard workers. Both artists spent their childhood and youth in Vilnius Region and in 1945, after the occupation of Vilnius by the Soviet Union, they came to Gdańsk as a part of repatriation process. They eagerly got involved in social activities, co-organized artistic life of Tricity and rendered inestimable services to popularization of graphic arts.

The works by Władysława Rogińska and Bolesław Rogiński show many similarities: it is visible that they were exchanging their artistic experience. Throughout their lives, both of them remained faithful to realistic depiction of the world, they combined Realism with the freedom of painting loosely, referring to Postimpressionism. During his Vilnius period, Bolesław Rogiński remained under the influence of Ferdynand Ruszczyc. At that time, he applied dark and subdued palette of colours, and endless landscapes with windmills and roadside shrines introduce a symbolic note into his works. Similar colours were used by Władysława Rogińska right after her arrival in Gdańsk when she painted ruins of the city destroyed by the war. However, both artists soon started to gradually abandon dark colours for lighter and brighter ones. Where ones ruled brown and grey colours, there gradually appeared blue, delicate yellow and green colours.

Both artists have considerable achievements in the field of graphic arts. Bolesław Rogiński developed an individual linocut technique involving cutting out of small measured squares which resulted in a graphic copy with resemblance of a mosaic. He also conducted formal experiments. The graphic works by Władysława Rogińska stand out due to the painting effects achieved by application of aquatint and etching techniques.

Władysława Rogińska, née Żukowska (1908, Vilnius – 1992, Wroclaw), a graduate of the Teacher’s College in Vilnius. She worked as a teacher in a Belarussian village. She then took up studies at the Faculty of Fine Arts of Stefan Batory University in Vilnius under the supervision of Bronisław Jamontt and Aleksander Szturman. In 1935, she married Bolesław Rogiński. After the war, she finished her studies at the Faculty of Fine Arts of Nicolaus Copernicus University in Toruń. Together with her husband, she settled down in Gdańsk. Władysława Rogińska practised landscape painting, including seaside landscapes, she painted portraits, scenes from the life of fishermen, fishing ports, cutters and barges and specialised in technical graphic art, applying woodcut, linocut, etching and aquatint techniques.

Bolesław Rogiński (1907, Vyazyn near Vilnius – 1990, Gdańsk) studied at the Faculty of Fine Arts of Stefan Batory University in Vilnius, in the studio of Ludomir Sleńdziński. He worked as a graphic artist on archaeological excavation sites and as an illustrator of academic publications. After the war, he settled down in Gdańsk together with his wife Władysława. In 1945-46 he was commissioned by the authorities to compile graphic documentation of destroyed Gdańsk. He was involved in organization of artistic life and popularization of art. Bolesław Rogiński painted monuments of Gdańsk and the surrounding area, seaside landscapes, fishing boats and fishermen, portraits of workers. He also practised technical graphic art. He mainly implemented etching and linocut techniques. 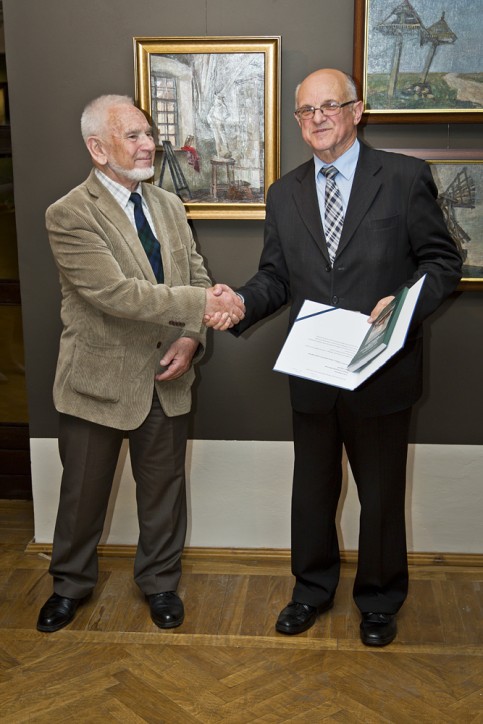 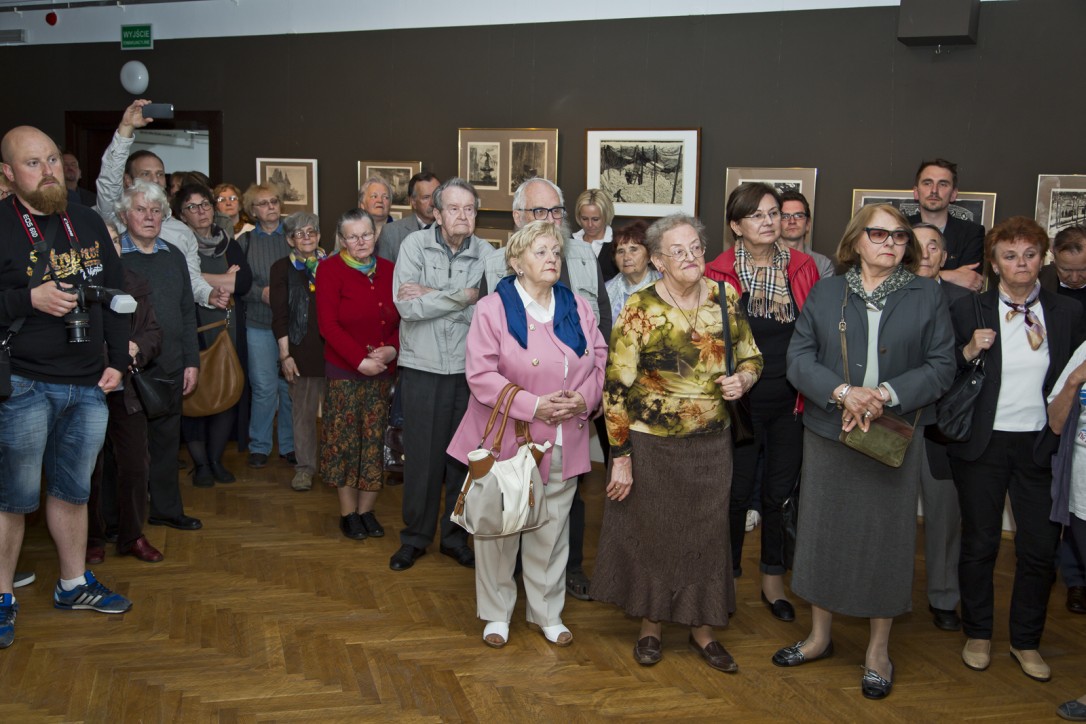 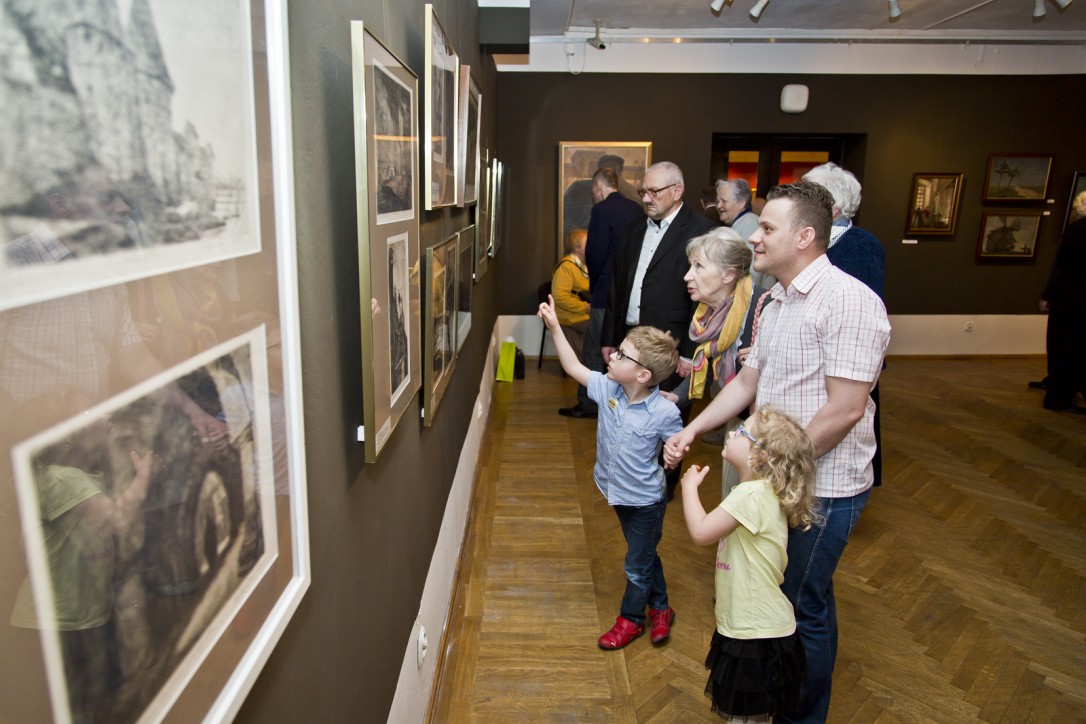 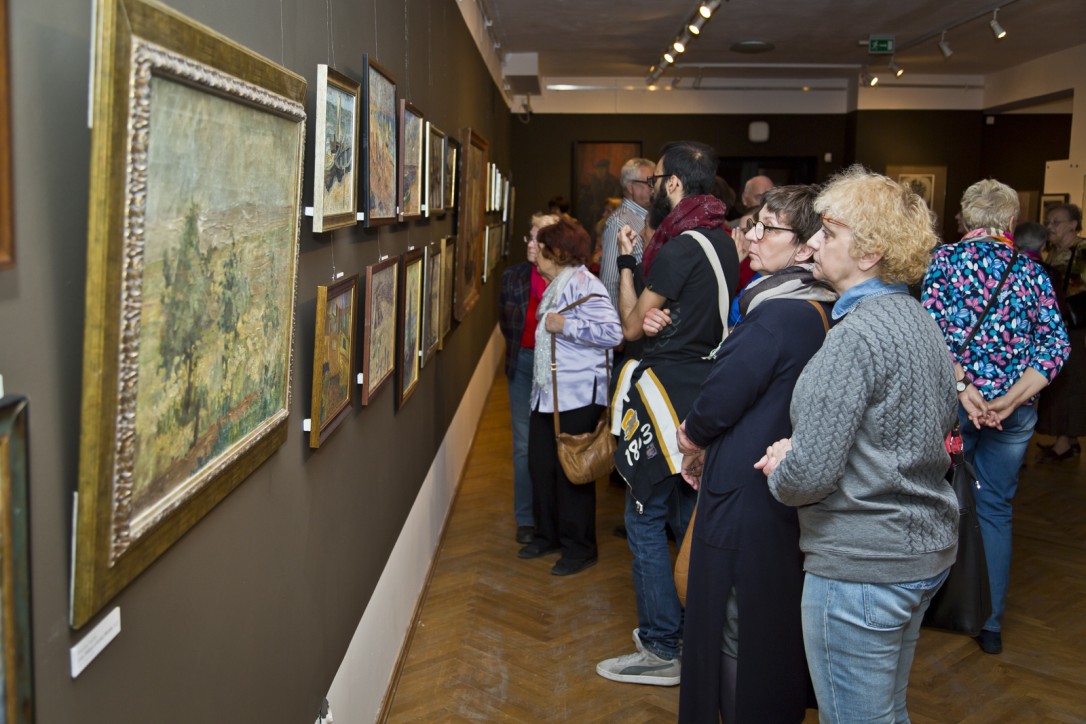 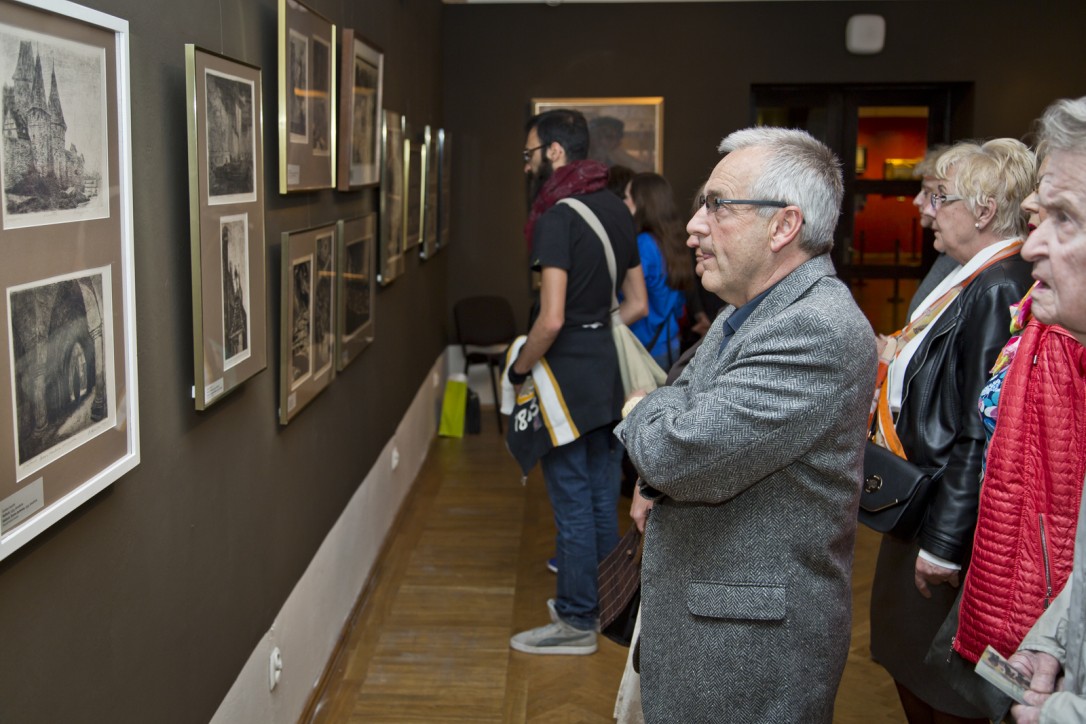 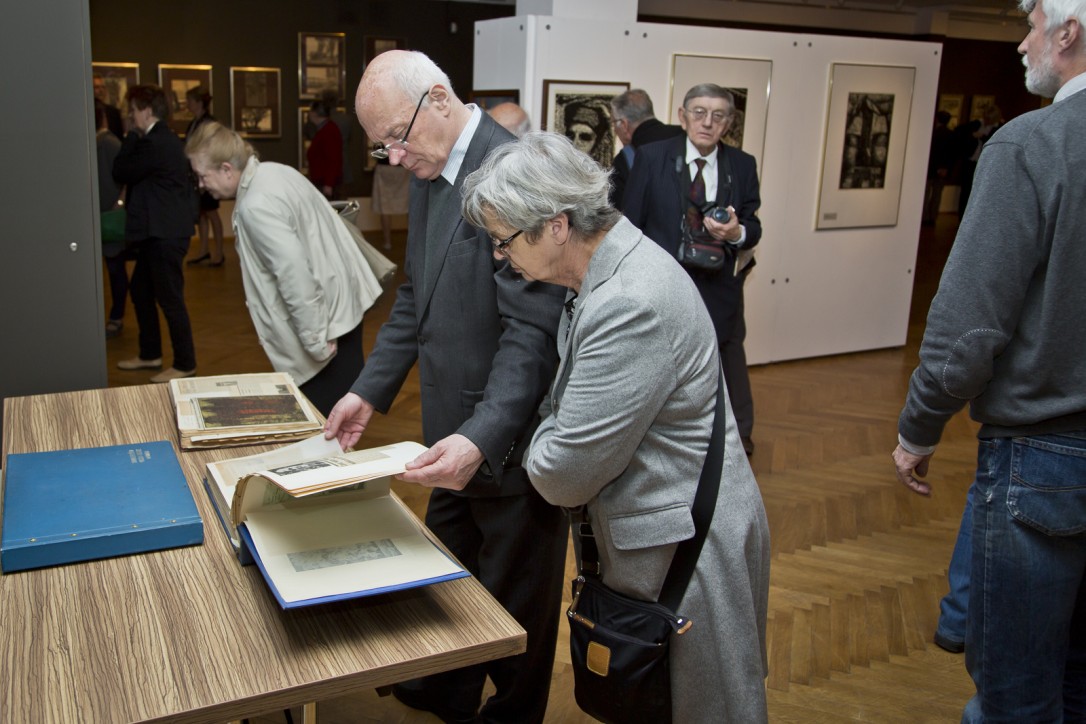 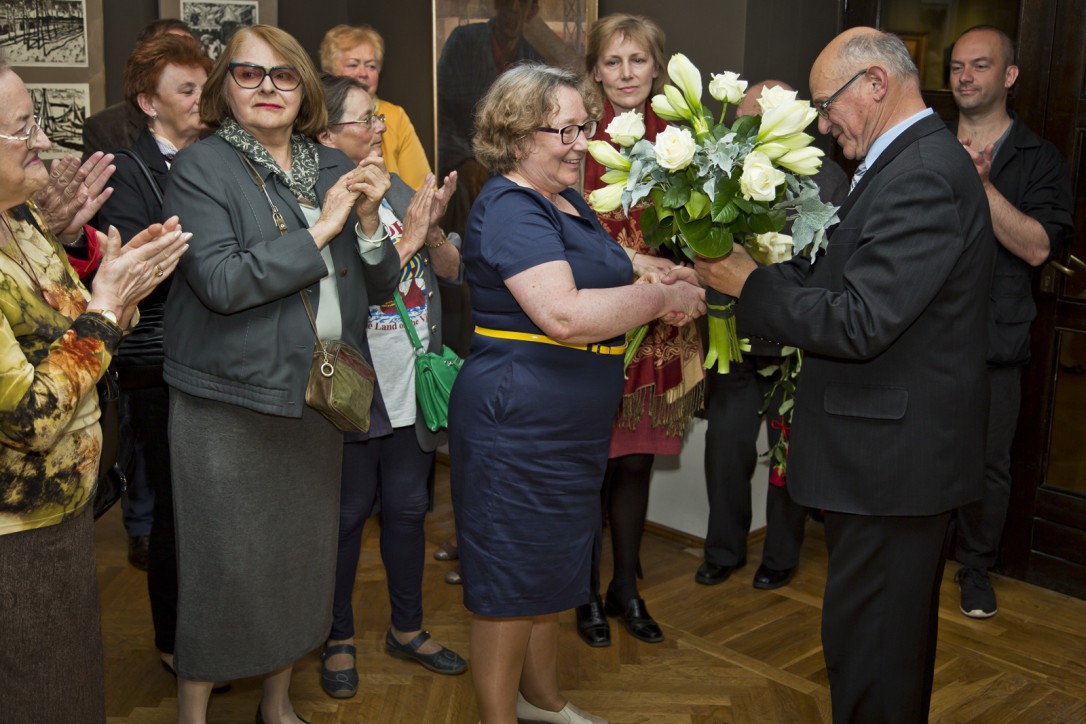 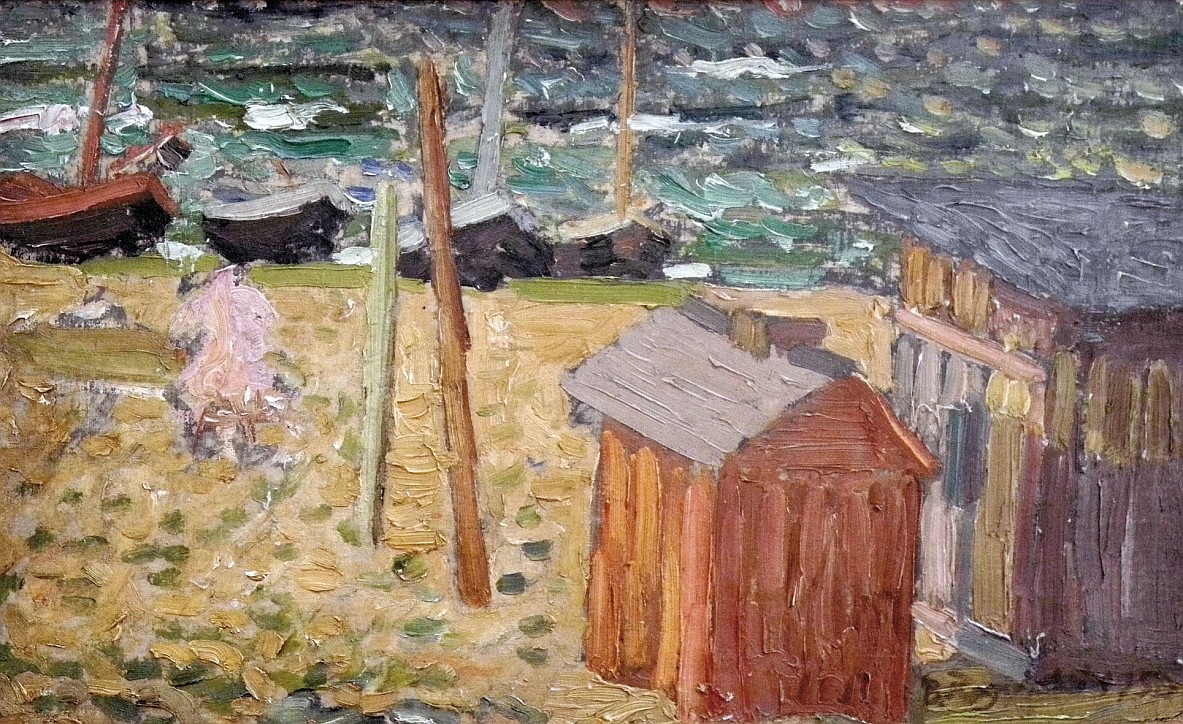 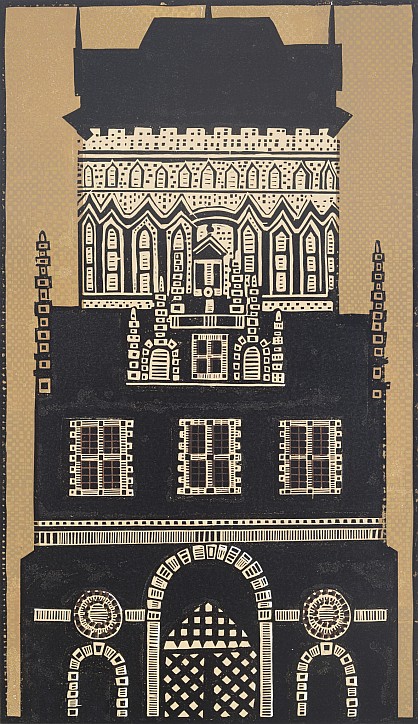 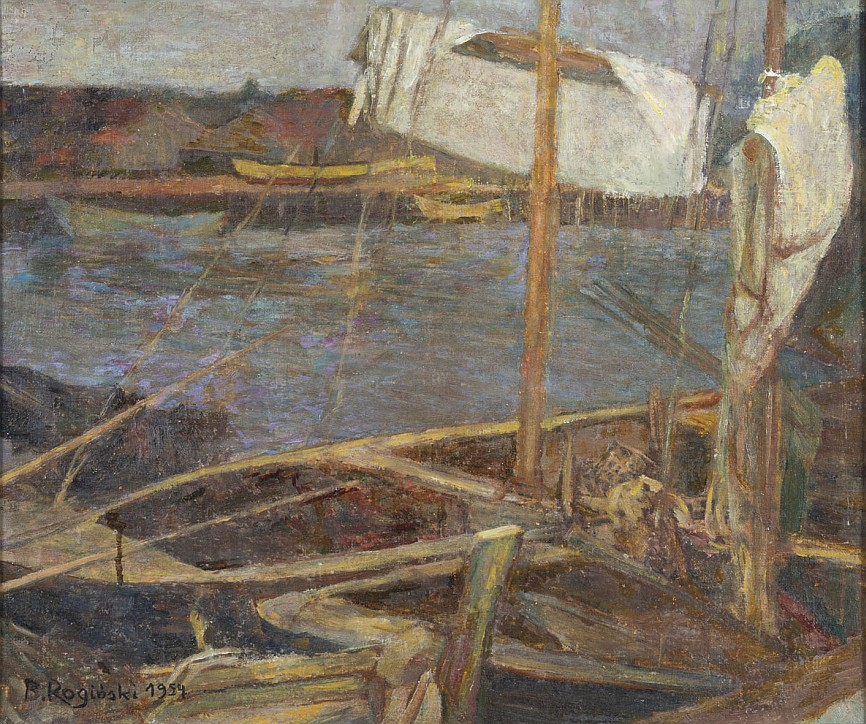 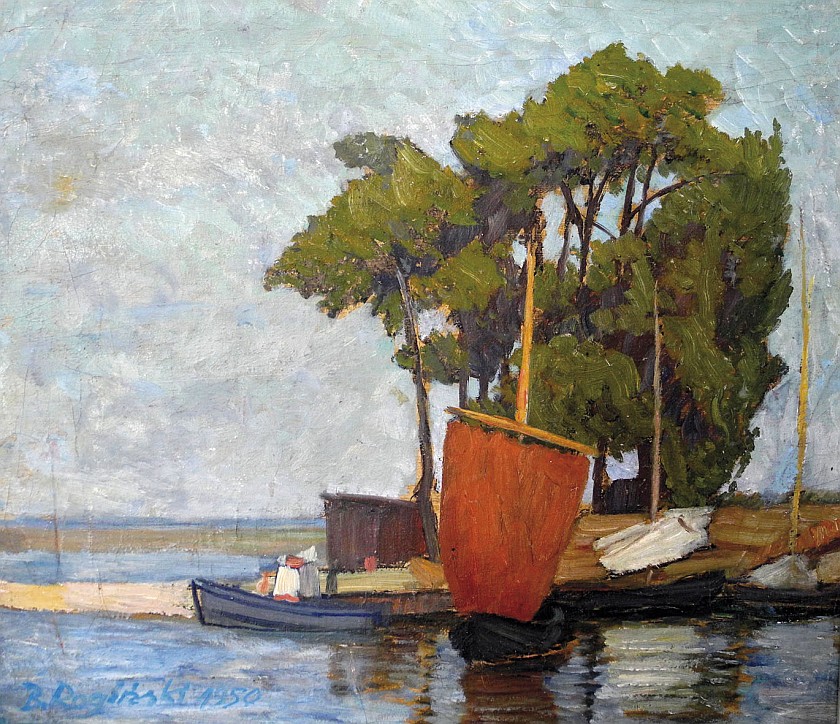 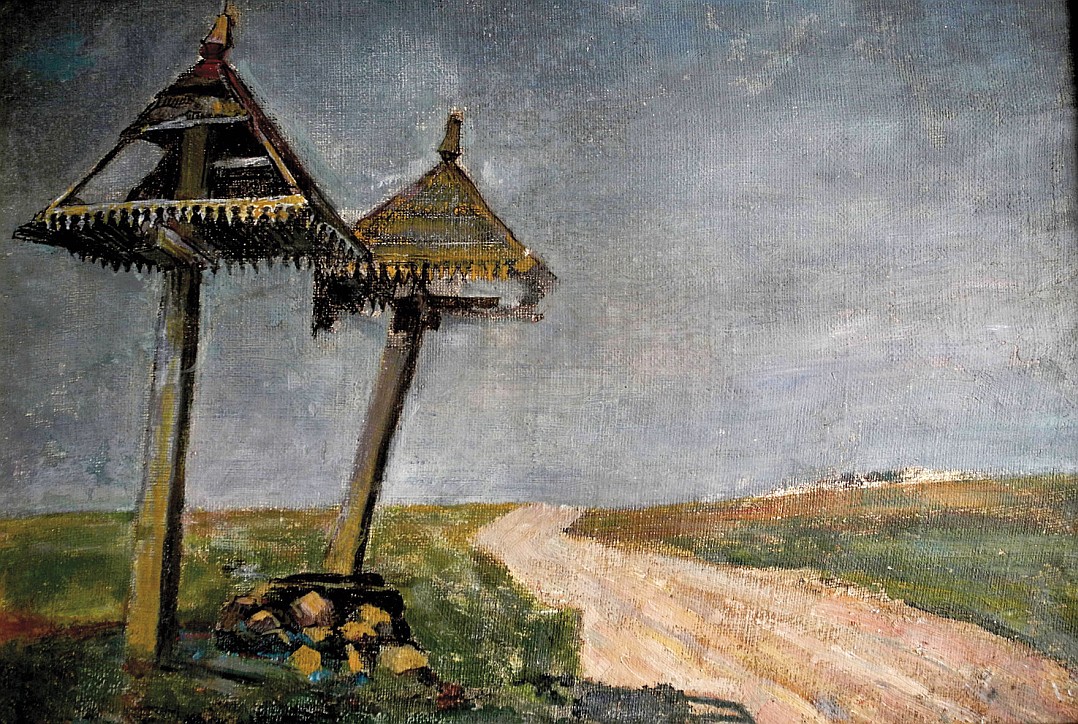 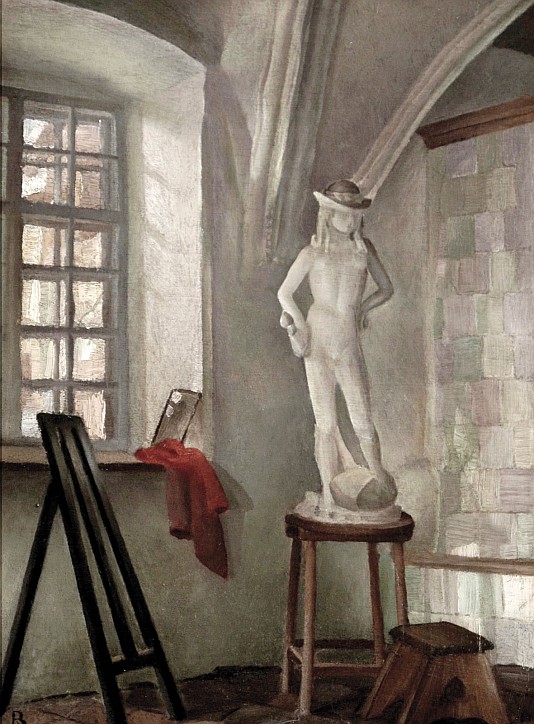 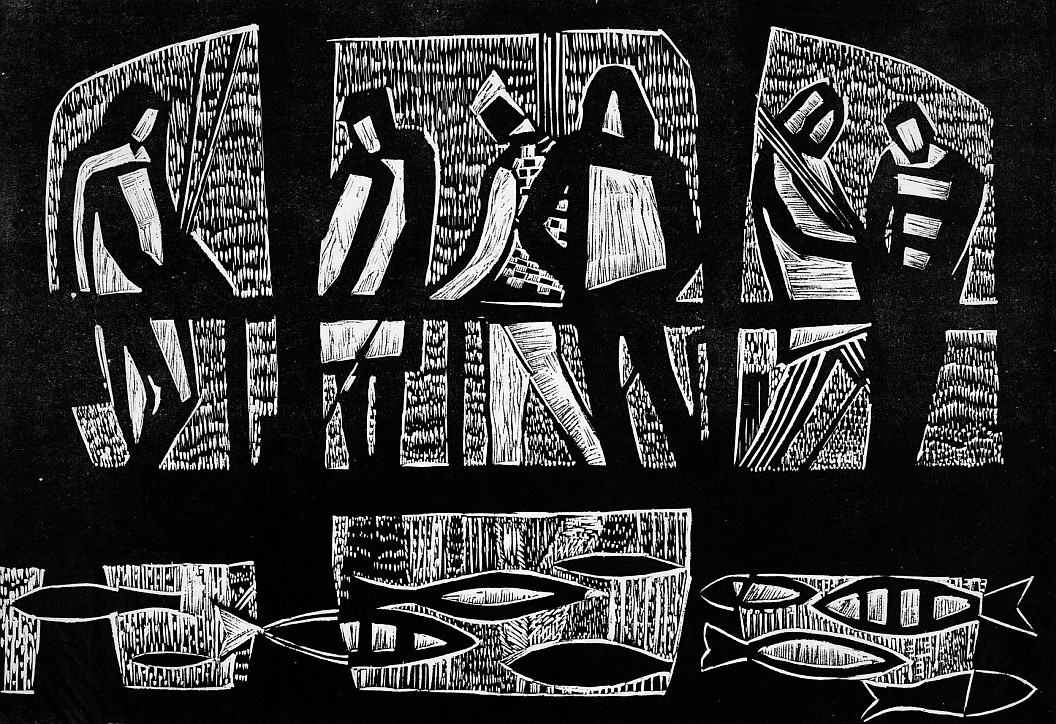 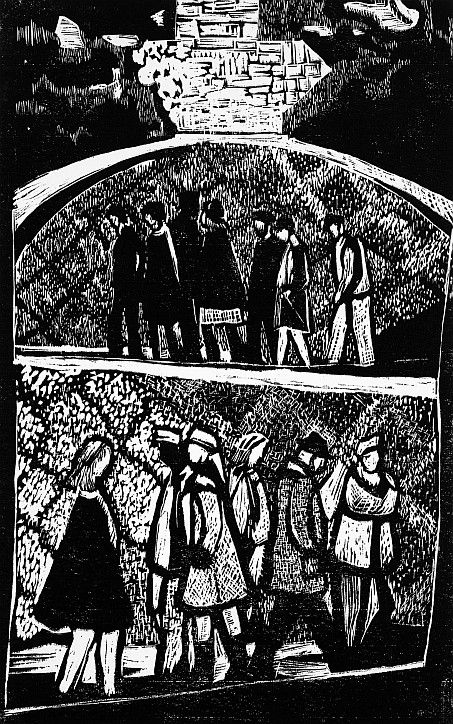 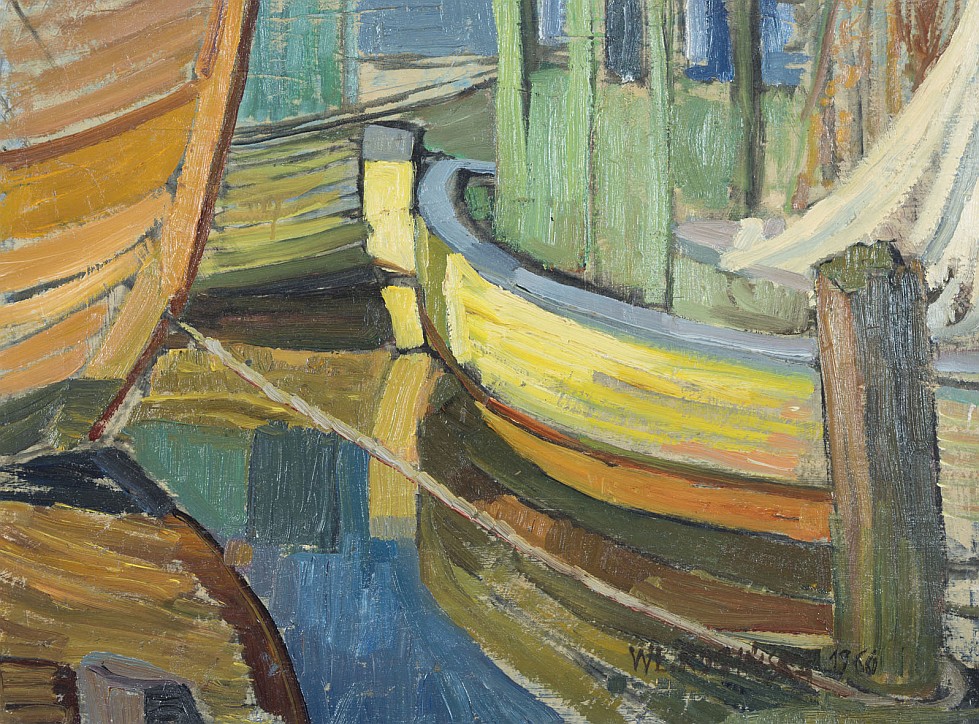 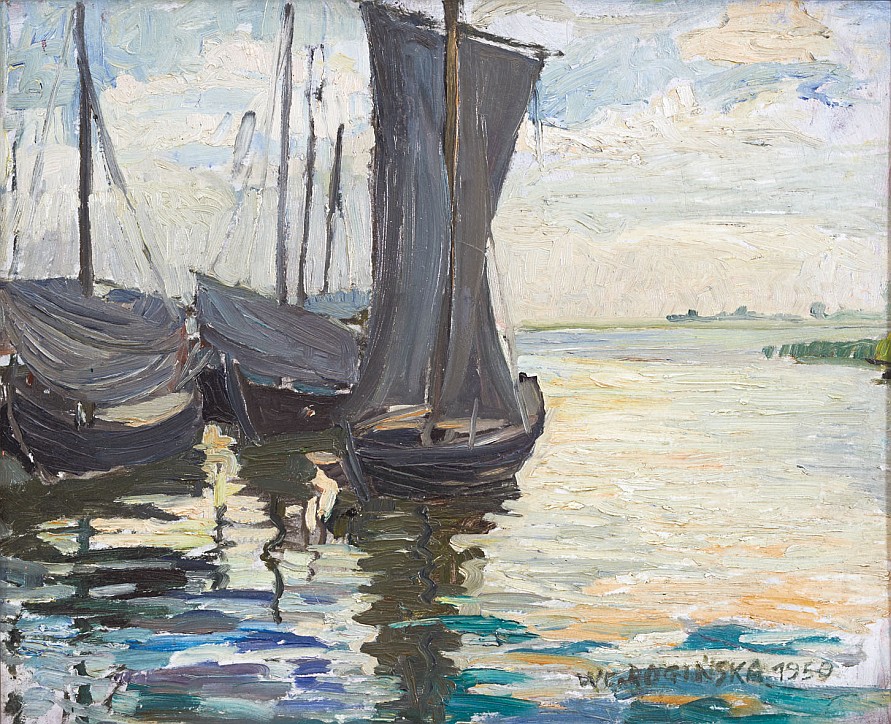 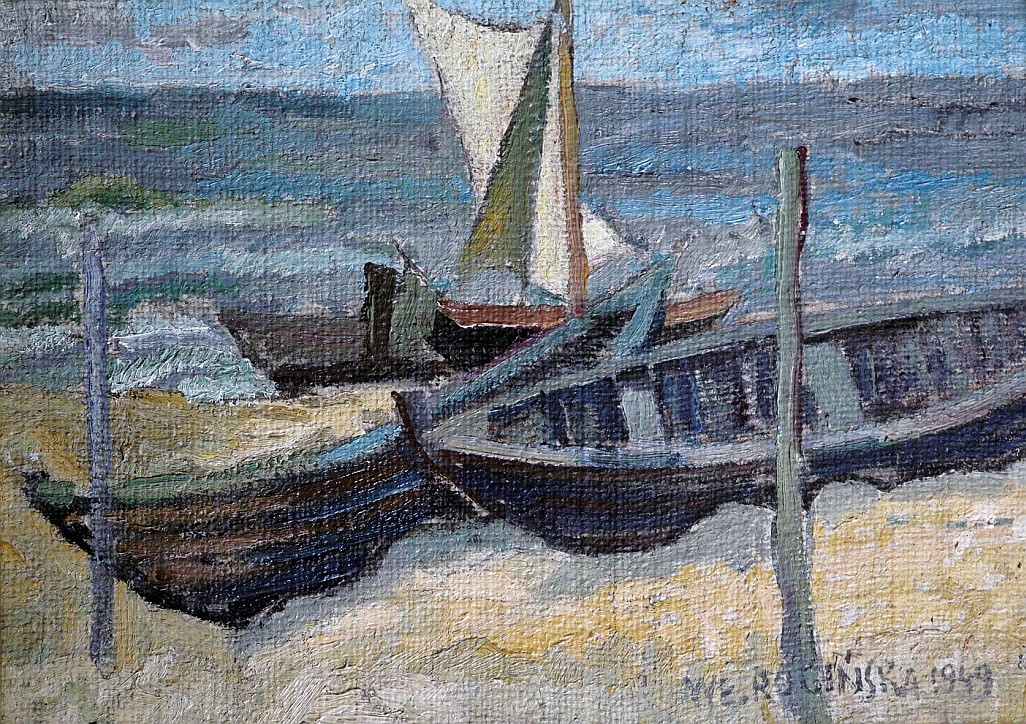