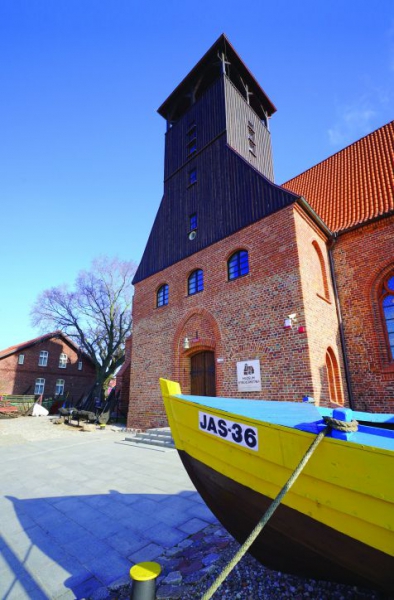 The official opening of the Fisheries Museum in Hel will be held on 4 April 2016, upon completion of major renovation of the Museum and modernization of the Branch, as well as carrying out of a new arrangement of the permanent exhibition. On 5 April, Hel branch of the National Maritime Museum in Gdańsk will be opened to visitors after the period of three years.

The renovation
A historic building of the Fisheries Museum, which has not undergone any major renovation since the 1970s, was in poor technical condition, and the weather conditions characteristic of the Hel Peninsula had a negative effect on the object. In 2013, due to the acquirement of subsidy of the Minister of Culture and National Heritage, renovation and conservation works were conducted in the branch, including replacement of the roofing with new ceramic ridge tiles, reinforcement and protection of wooden construction elements of the building against further degradation (in particular renovation works aimed at conservation of the observation tower), restoration and conservation of all brick elevations and other elements of the building. In 2014, the building was equipped with a lift. The same year, a historic polychrome dating back to the turn of the 19th and 20th centuries was discovered during renovation works conducted in the chancel. Acquirement of new funds was necessary for preservation of the polychrome and conservation of a window glyph and selected fragments of the frieze.
“In 2015, in-building installations of the object were modernized or replaced, including sanitary fittings, wiring, burglar alarm system, CCTV and fire alarm systems. Moreover, a glass-walled matroneum was built over a part of the chancel and the attic area was adapted for exhibition purposes. Exposition area used for temporary exhibitions was also increased”, says Anita Bober, Investment and Renovation Senior Specialist of the National Maritime Museum in Gdańsk.

Permanent exhibition
“The history of fishery in the waters of the Gulf of Gdańsk” is the name of a permanent exhibition held in the Fisheries Museum – a Branch of the NMM in Hel. It has been organized based on the script prepared by Jerzy Litwin, PhD, Director of the NMM. Prof. Aleksander Widyński of the Academy of Fine Arts in Gdańsk is the author of the artistic arrangement project, which has been carried out by Barbara Widyńska and Aleksander Widyński.
“After the latest reconstruction, the exhibition area has been increased by a matroneum which constitutes an additional part of the first floor in the area of the former chancel”, says Jerzy Litwin, PhD, Director of the NMM. “The maritime art gallery located here is comprised of paintings from museum collections, next to the presentation of the material culture of Slovincian fishermen. One of its elements is a sailing fishing boat, or the so-called czołn łebski, which can be compared with a sea-going fishing boat from Mechelinki, hung under the ceiling. A votive model of a frigate dating back to the 18th century, which used to be an interior decoration of the church and survived throughout the ravages of war, is also located in the matroneum”.
The exhibition presents a chronologically organized range of issues concerning traditional Kashubian fishery and boatbuilding, the history of Hel, the history of Polish sea fishery and the ecology of the Baltic Sea. The presented issues are illustrated by maps, archival photographs and the most interesting exhibits from museum collections – not only from the Fisheries Branch with over 200 selected exhibits, but also from other branches of the Museum.
The equipment and gear used for fishing in the mid-20th century is introduced by a diorama depicting a scene from a former fishing harbour, with its typical elements placed on the beach sand, including a sailing fishing boat from Jastarnia. The centre of a reconstructed boatbuilding workshop is constituted by a Kashubian fishing boat captured in the process of construction.

Art and education
Moreover, an art gallery dedicated to the maritime subject will be located on the first floor of the Fisheries Museum. “In our Hel branch, we wanted to present works of the artists whose artistic life or its part was connected with the Hel Peninsula. These are works by Stanisław Kamocki, Michalina Krzyżanowska, Władysław Lam and Henryk Uziembło”, says Monika Jankiewicz-Brzostowska, PhD, of the Maritime Art Department of the NMM. “The Hel Peninsula inspired painters because it is an extremely rewarding subject both for the Colourists and Impressionists. A number of maritime artists made Hel and its surrounding areas the leading subject of a part of their works”.
By the end of 2016, the exhibition in Hel will be enriched with modern interactive stands, including a simulator of heels of a fishing cutter which will provide visitors with an opportunity to experience some issues concerning the fishing subject. “Educational stands will definitely make our educational offer more diverse”, says Krystyna Stubińska, Head of the Education Department of NMM. “For three years we have missed Hel and now we have a number of ideas for lessons and workshops for children and young people. This year, lessons for pupils of special schools will be held in the Fisheries Museum under the Accessible Culture programme, we are also getting ready for Hel Night of the Museums and we look forward to cooperation with schools of the region”.

Cooperation
Szymon Kulas, Deputy Director of the NMM, also speaks about cooperation. “Some of our branches are located outside the Tricity area and therefore, good relations with schools, organizations, region authorities are essential for the Museum. We are very pleased with our cooperation with the City Hall in Hel – this is an example of a perfect synergy of a city and a culture institution. The Fisheries Museum is more than just a museum for the residents of Hel: it is a city icon, the oldest building, a former church. Such places generate very positive emotions. Through renovation and modernization, we wanted to emphasize how important it is also for us – people from outside Hel and nonetheless connected with this town through the Museum”. 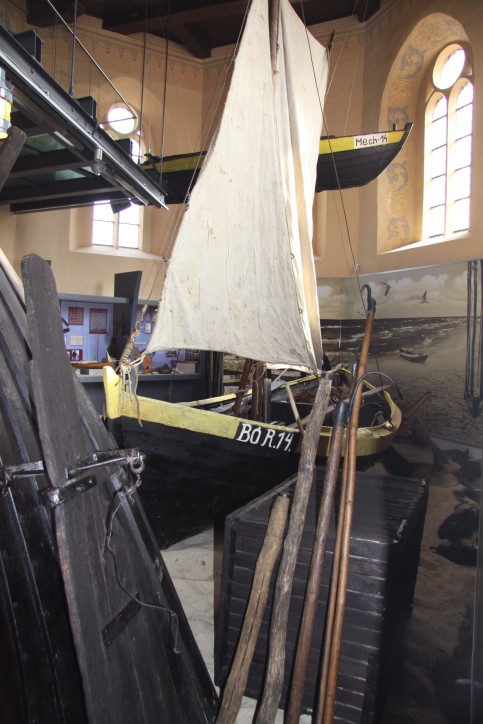 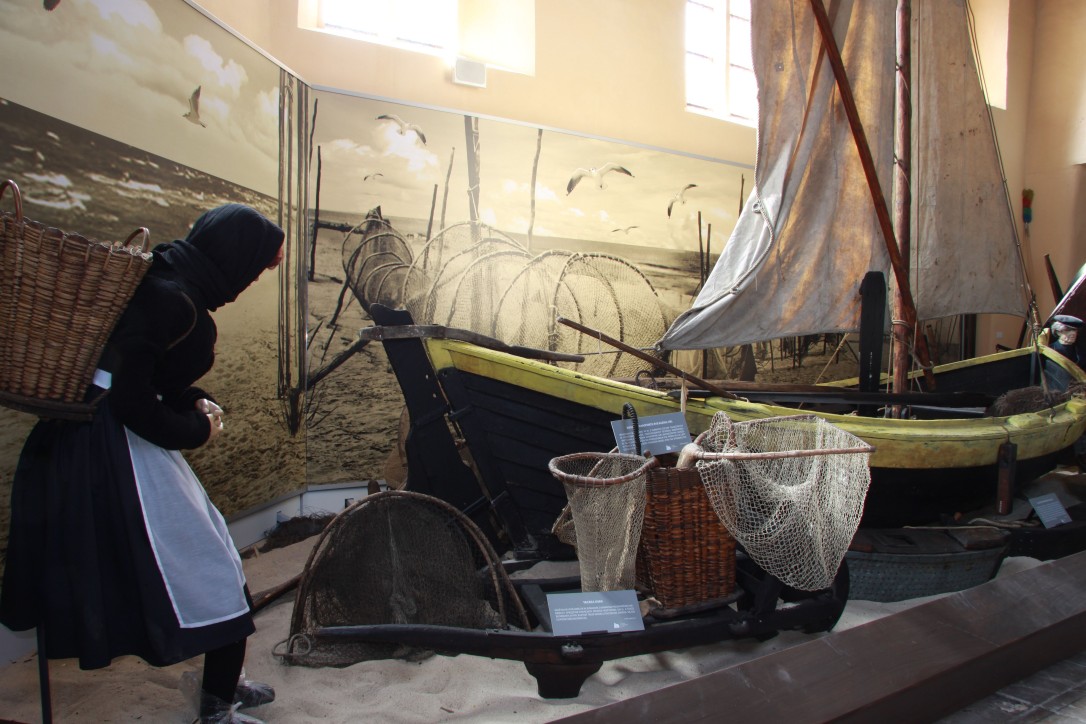 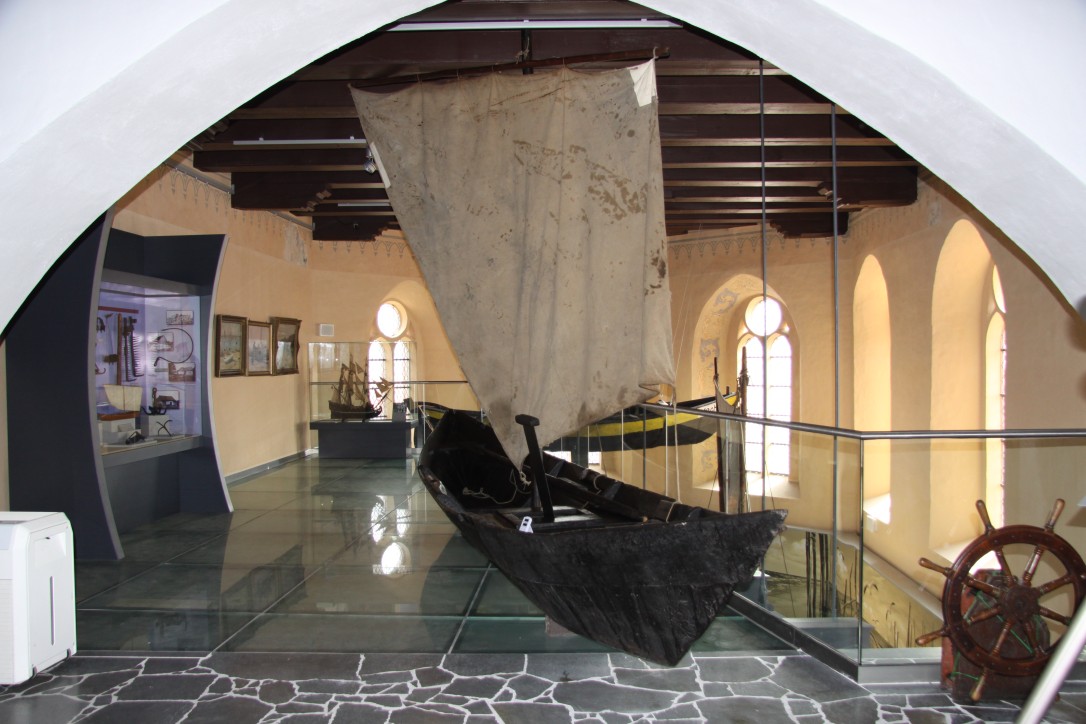 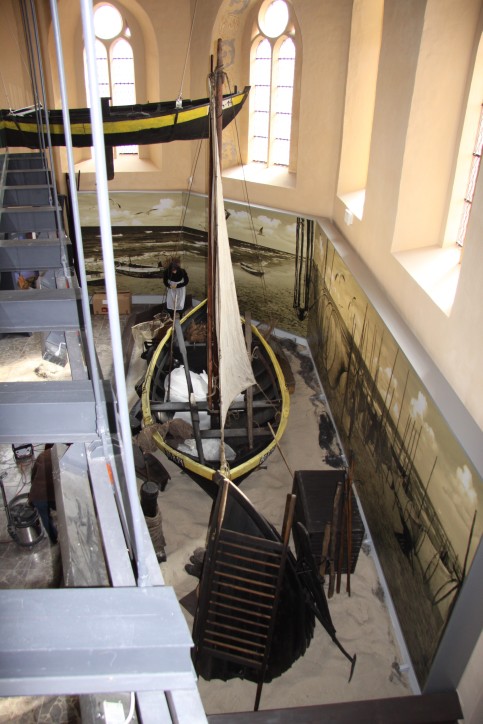 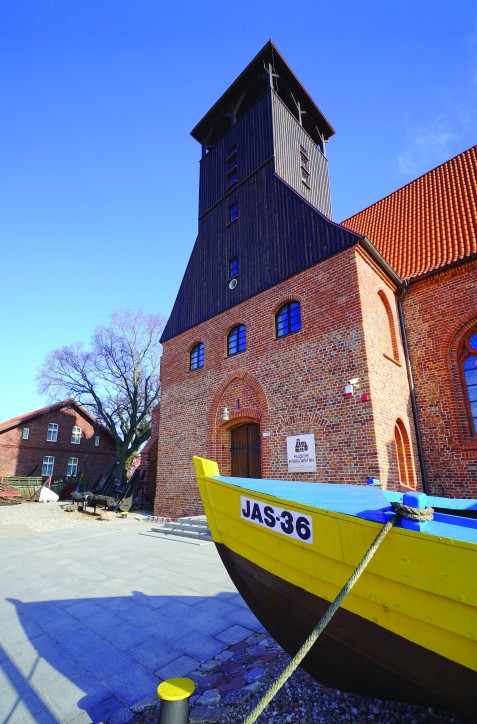 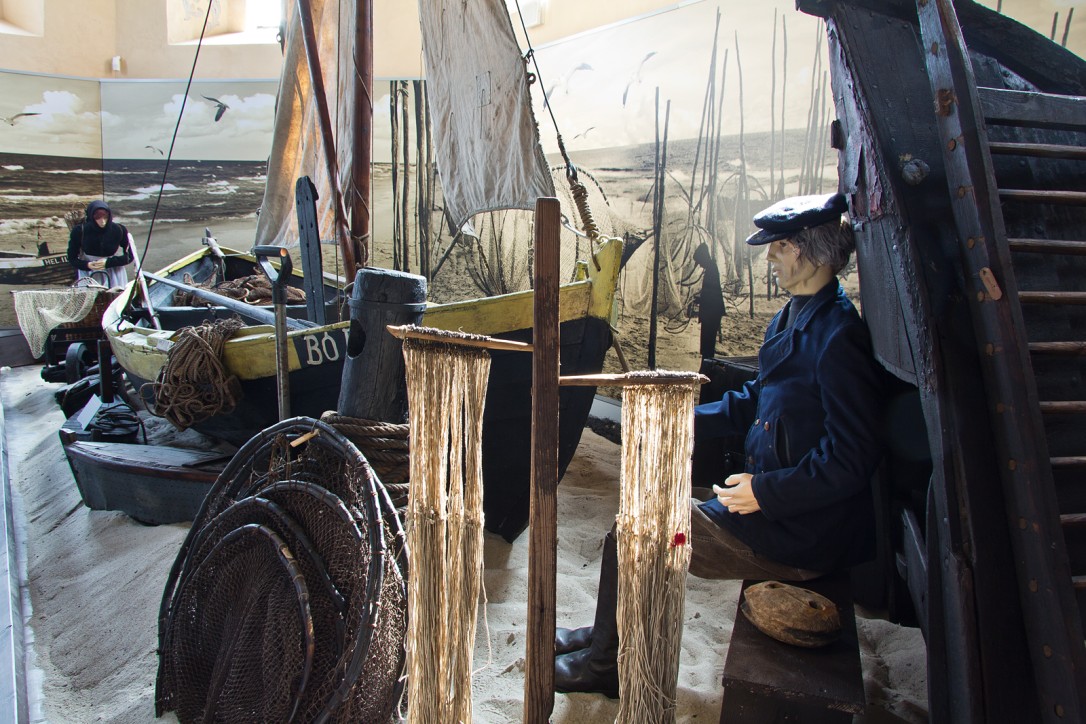 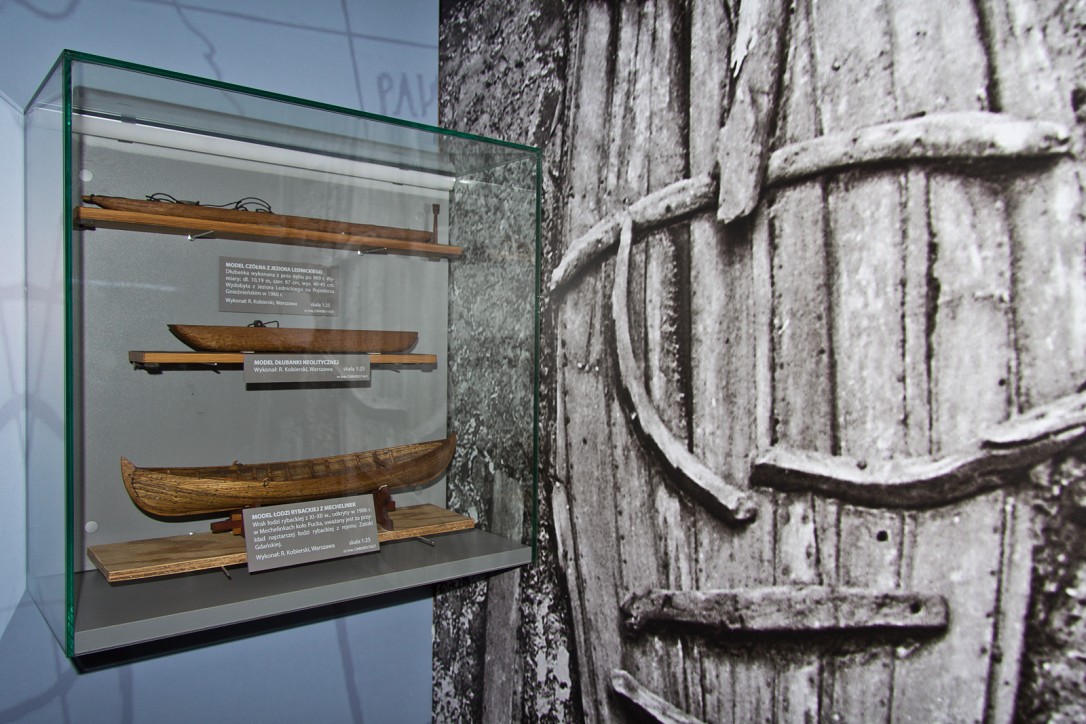 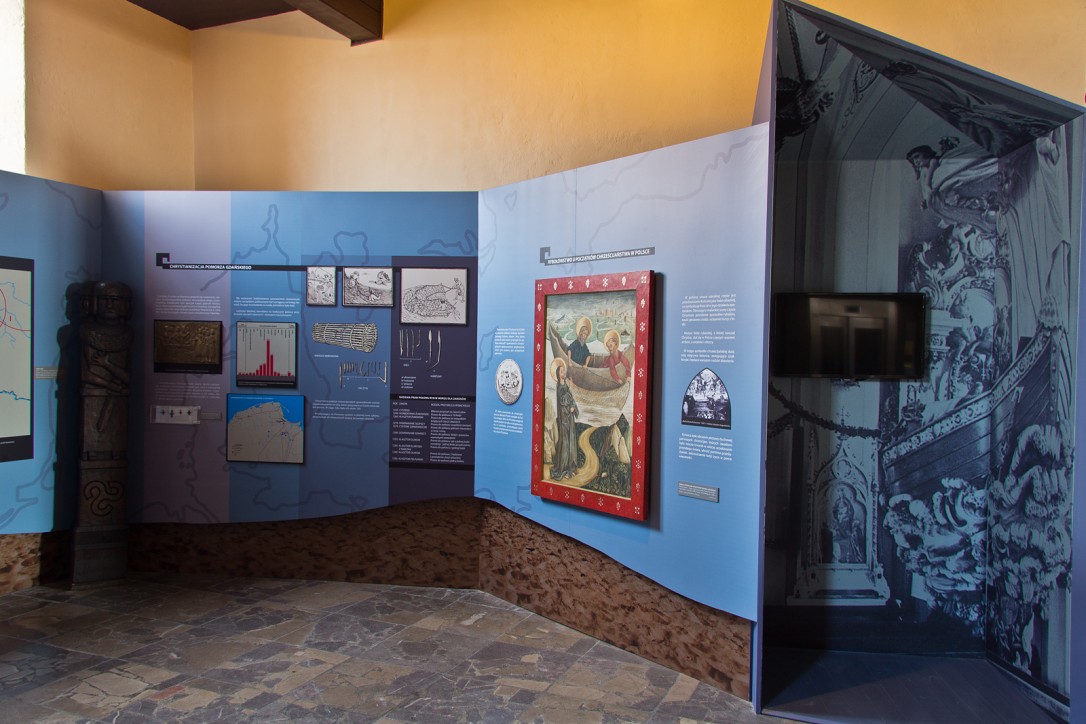 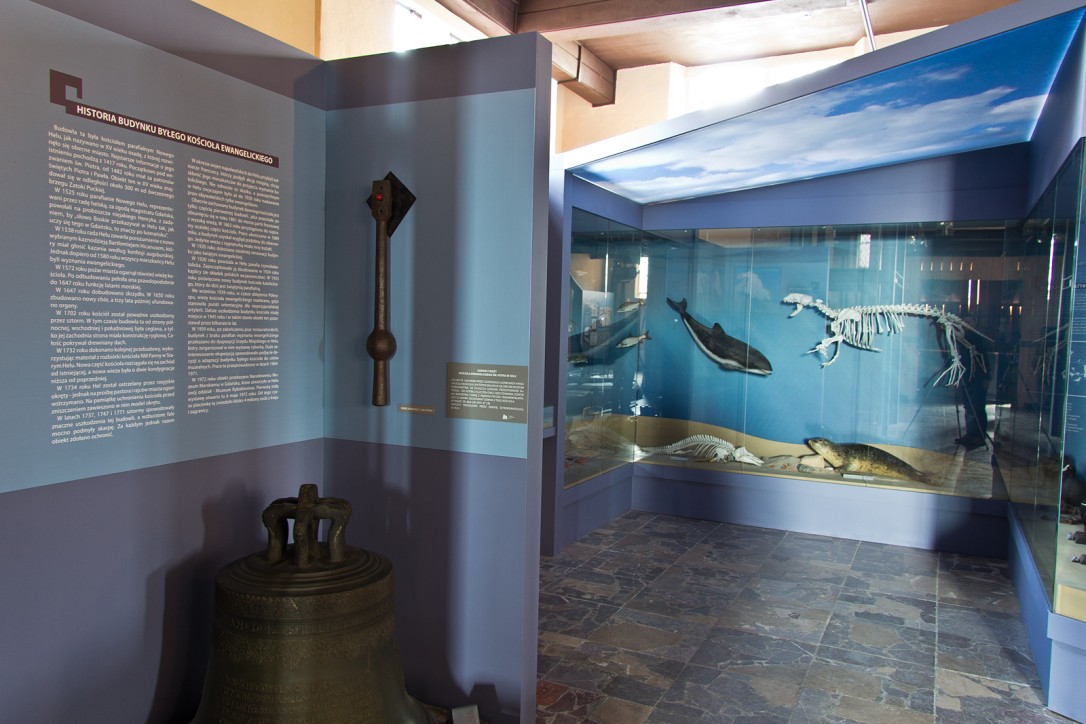 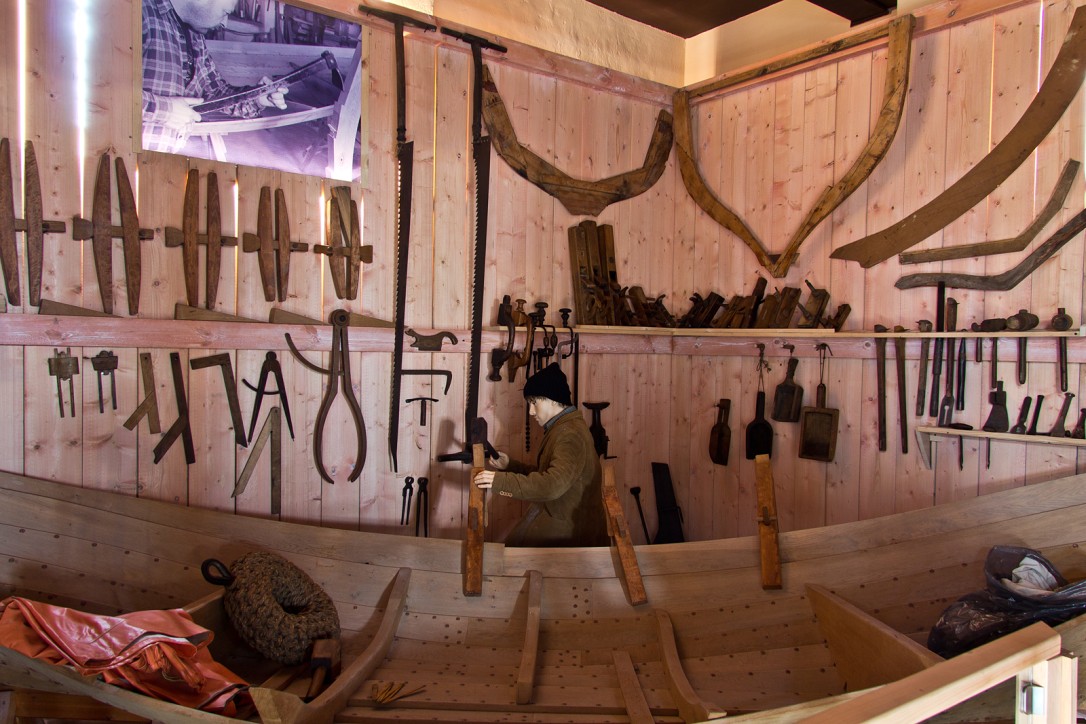 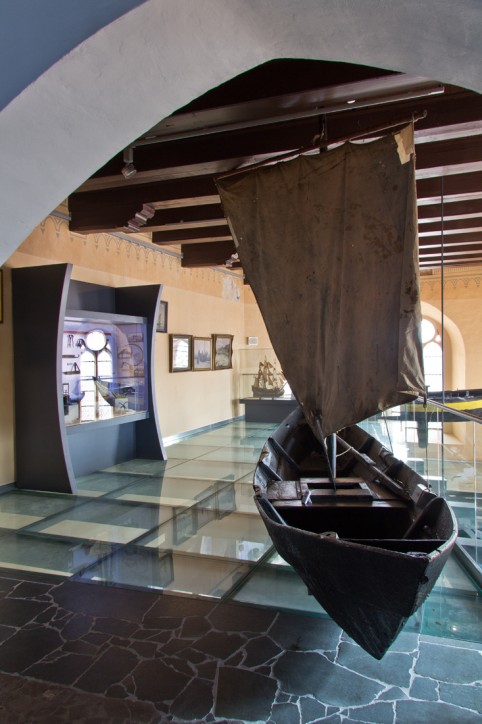 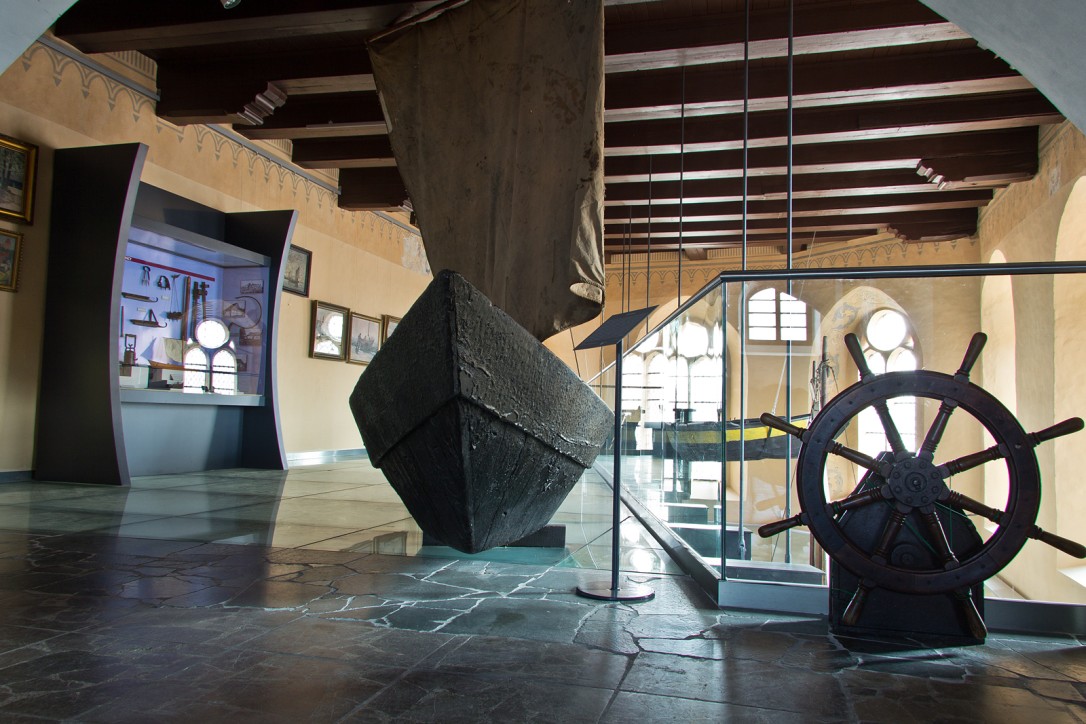 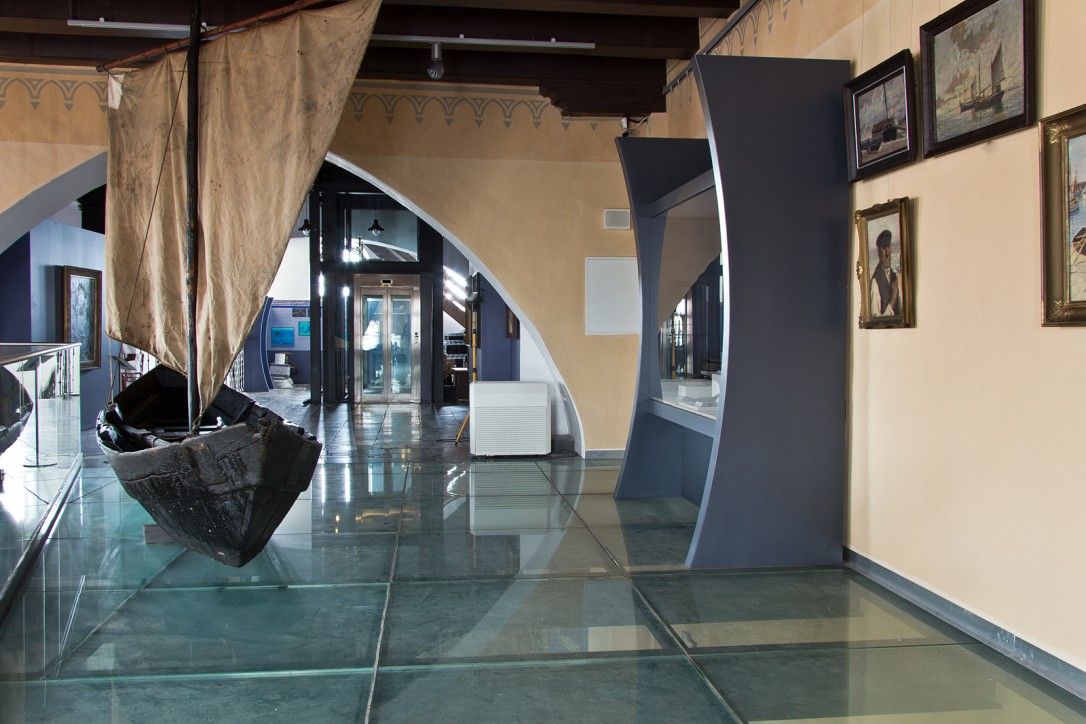 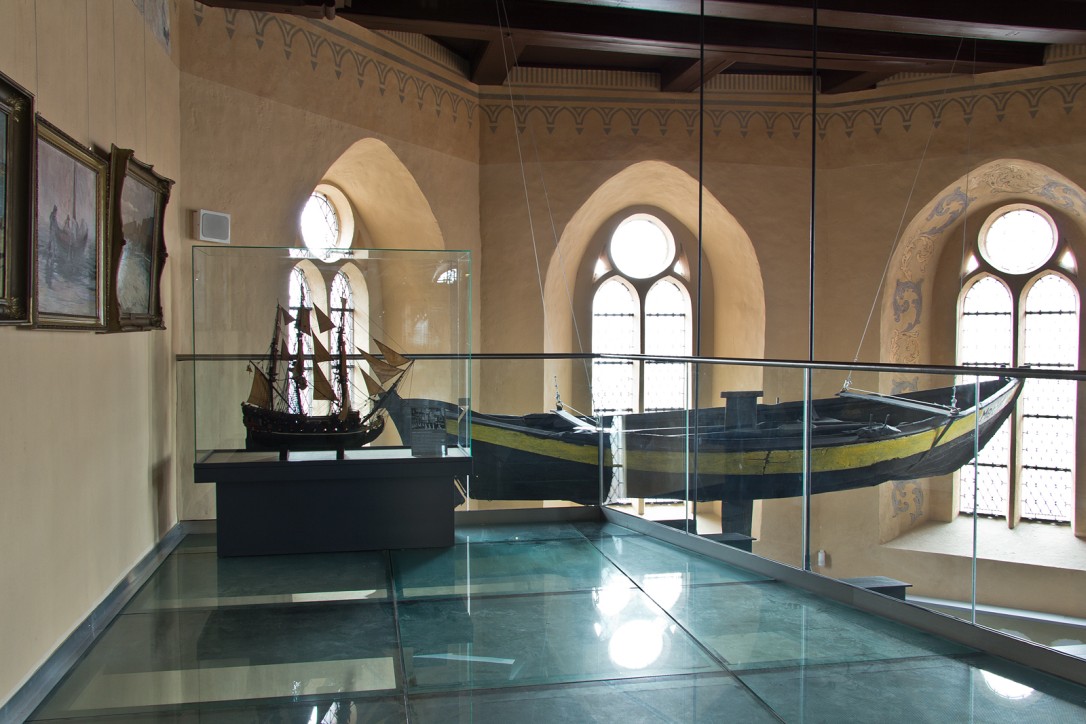 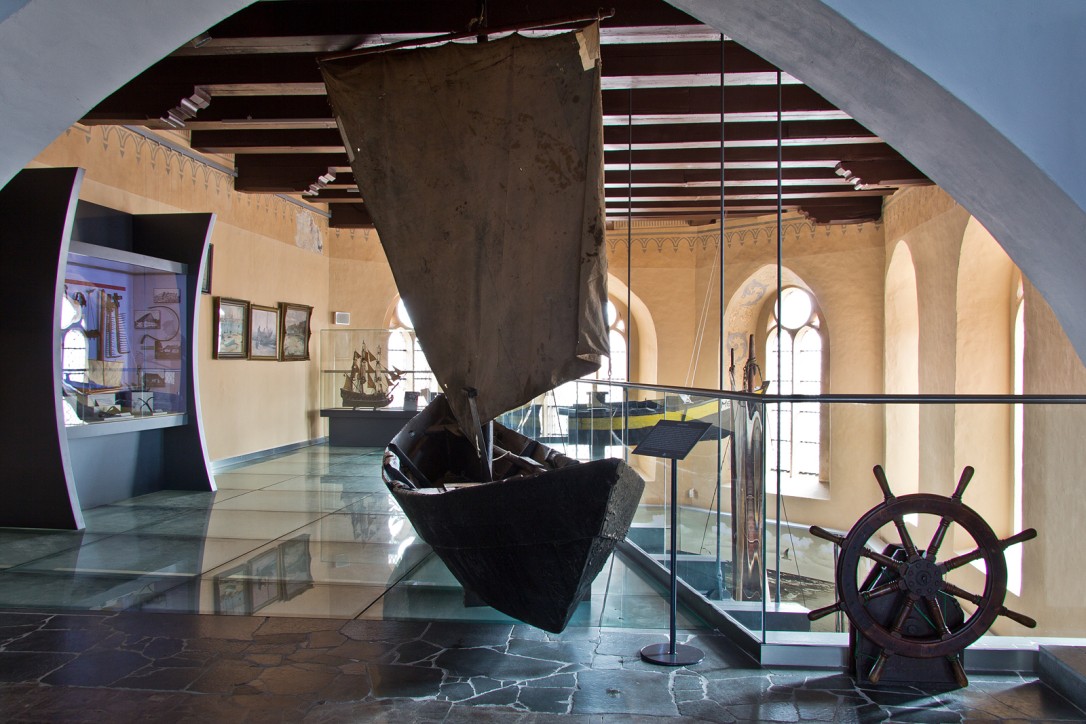 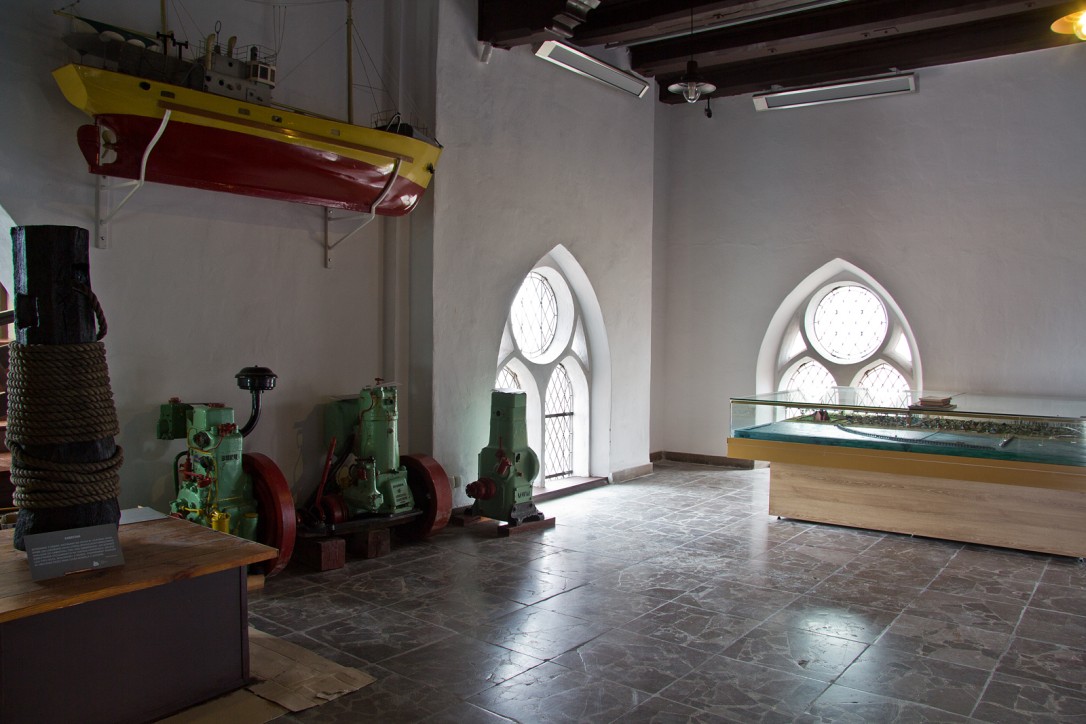