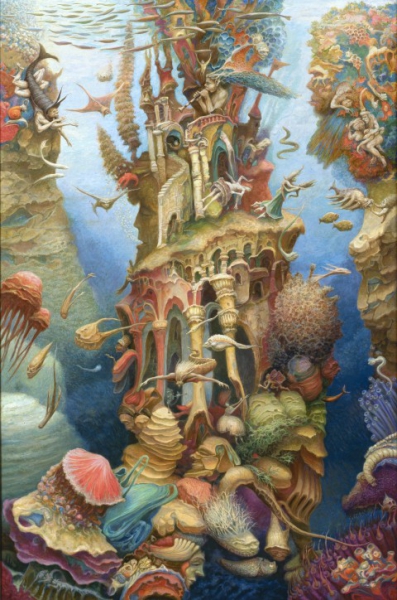 If Hieronymus Bosch had been a diver, he would probably have painted like Włodzimierz Szpinger, this is what connoisseurs of the artist’s works claim. A clean palette of intense colours, a strong sense of humour and unusual inhabitants of a mystical underwater world. We are delighted to invite you to a vernissage of the artist, who was granted with a passport to the underwater world by Okeanos himself.

Art critics view the works of Włodzimierz Szpinger as difficult to classify in terms of a specific art formula. On the one hand, the artist distances himself from academic aesthetics and freely adapts a range of topics. On the other hand, Szpinger emphasizes that he was strongly inspired by the works of such artists as Hans Memling, Hieronymus Bosch and Pieter Bruegel. During his journeys, the artist was studying classical Dutch and Italian painting due to which he efficiently employs chosen techniques in his oil paintings, graphic works and pastels.

Szpinger’s paintings are full of odd creatures. There are half-men, half-fish, divinity with human traits, hearty trolls and underwater elves. This marvellous community is governed by their own rights which the artist became an expert on. “The world depicted on Włodzimierz Szpinger’s paintings resembles a fairy tale rich in unusual characters created in the artist’s imagination”, says Liliana Giełdon, the head of the Maritime Art Department of the National Maritime Museum in Gdańsk and the curator of the exhibition. “There is Okeanos, Triton and the Nereids, creatures from folk tales and Octopulos – a half-man, half-octopus. Anthropomorphic forms are also employed for other sea creatures: bivalves, jellyfish and fish. All of these is depicted in rich and bright colours, as an intense palette of colours is also characteristic of Włodzimierz Szpinger.

One of the paintings – “The Discovery of America” – will come to life at the exhibition. In the film animation, the artist presented a scene of Spanish sailing ships reaching the shore of America: commotion is visible among the Native Americans, boats are sailing, sails are flapping, it is noisy all around, and in the background – as it is typical of Szpinger’s works – there are mysterious creatures, including half-birds, half-fish, half-men.

Włodzimierz Szpinger was born in Warsaw in 1942. He graduated from the Academy of Fine Arts in Gdańsk in 1972. The artist’s achievements include a number of collective and individual exhibitions in galleries and museums on several continents. His works create a number of private collections. The works of Włodzimierz Szpinger range from easel paintings, drawings, graphic works to watercolours and works created with an employment of combined techniques.

“Where Okeanos lives – painting of Włodzimierz Szpinger”, a temporary exhibition organized in cooperation with the Quadrilion Art Capital Group, represented by Carmen Tarcha.
The Granaries
10.03.2016 – 11.09.2016 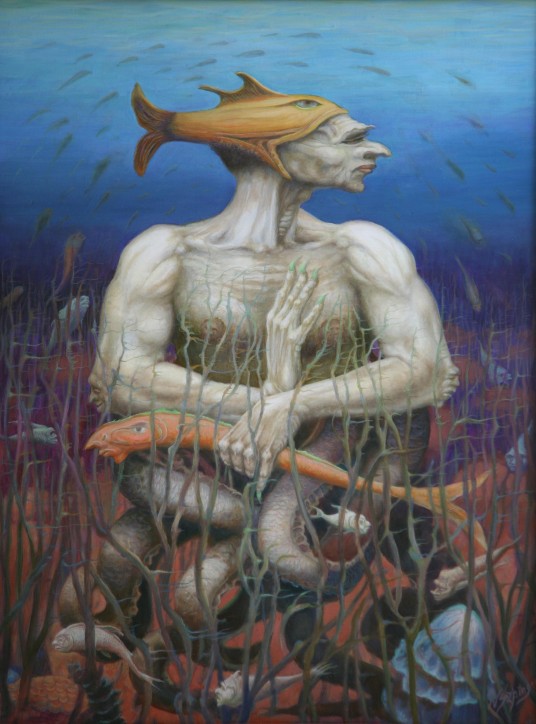 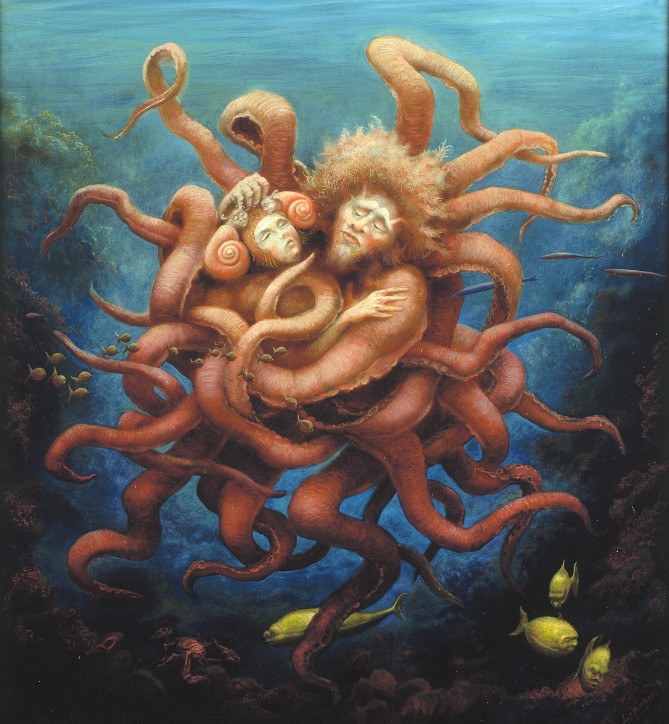 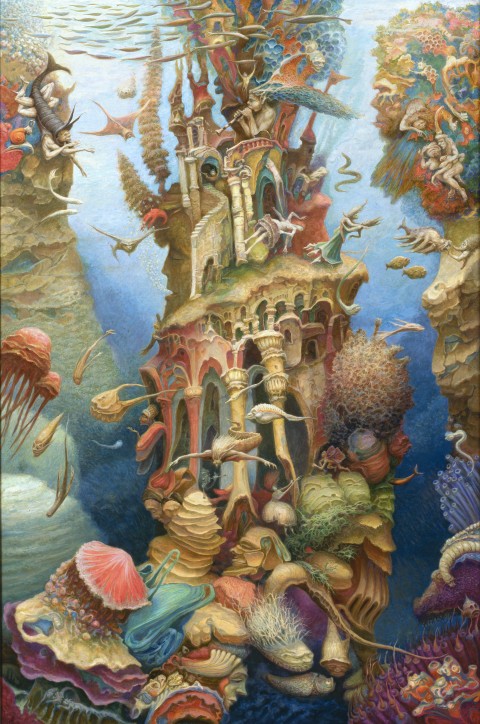 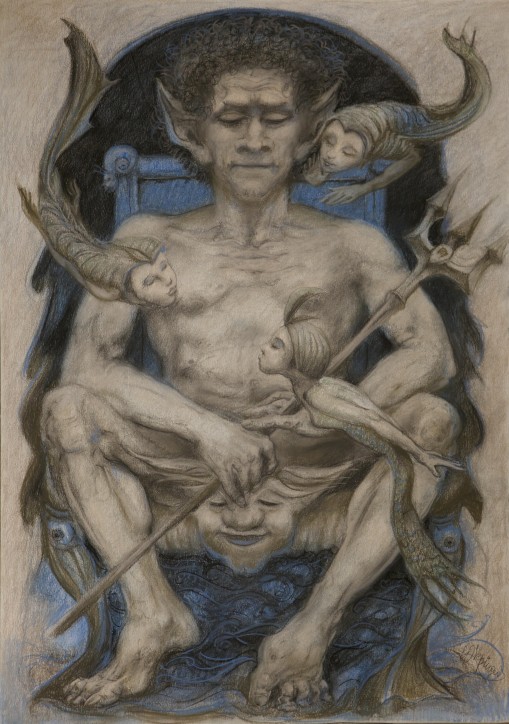 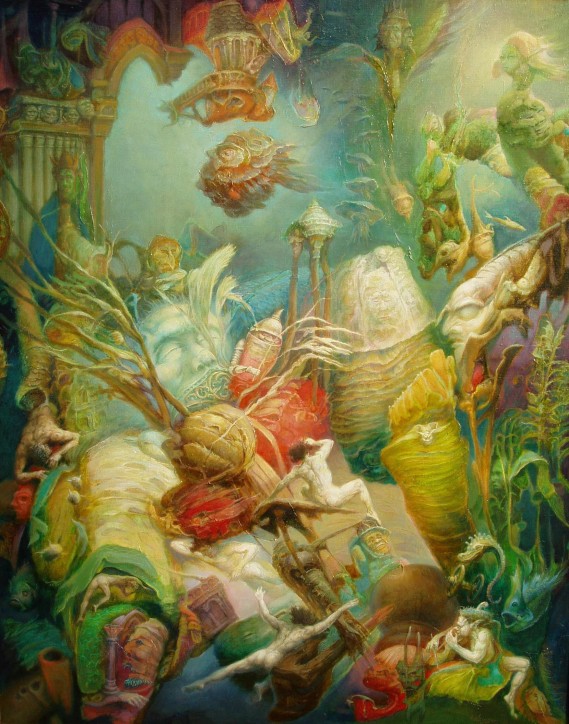 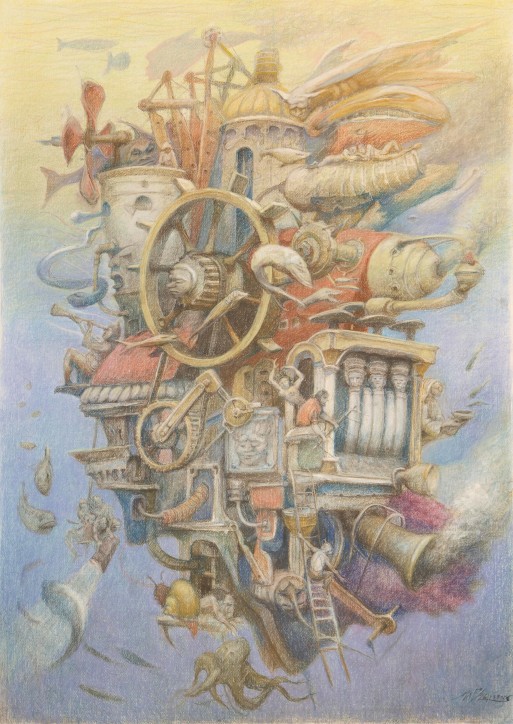 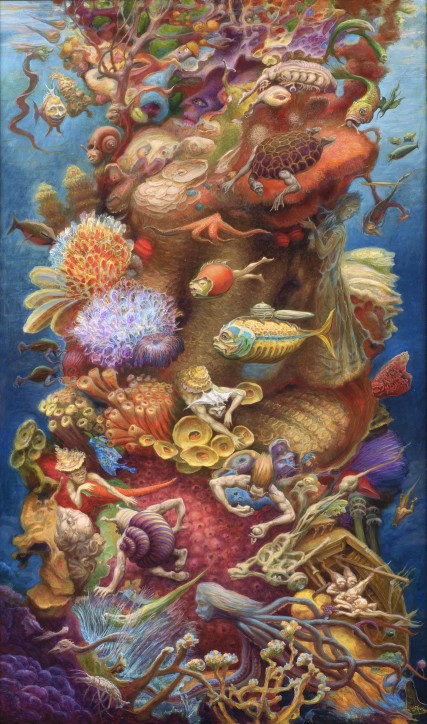 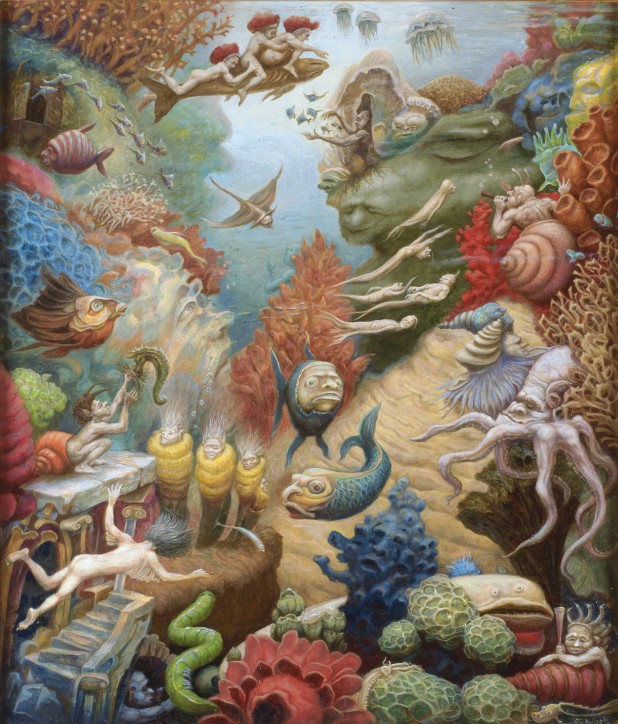 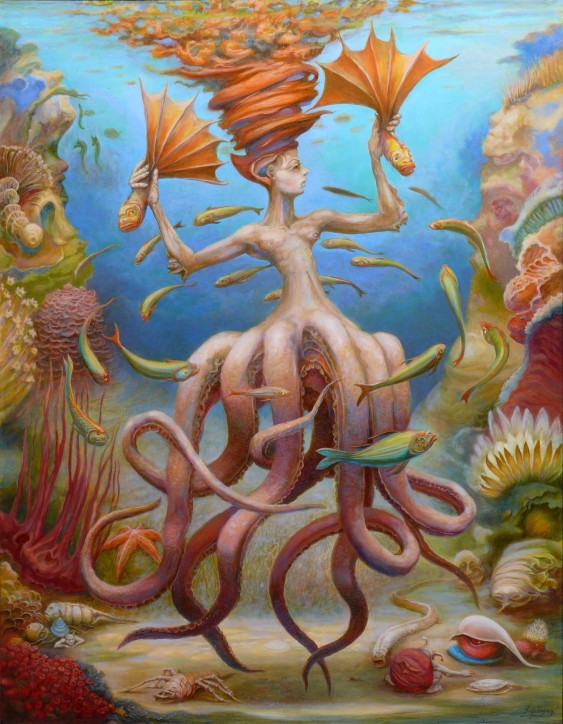 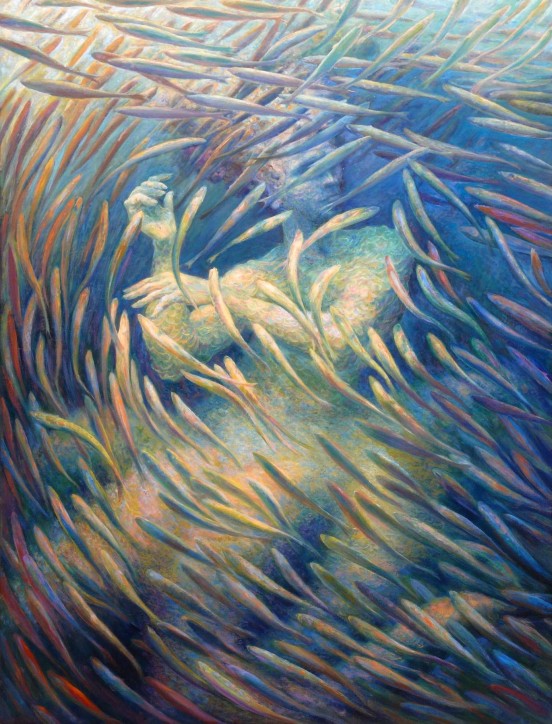 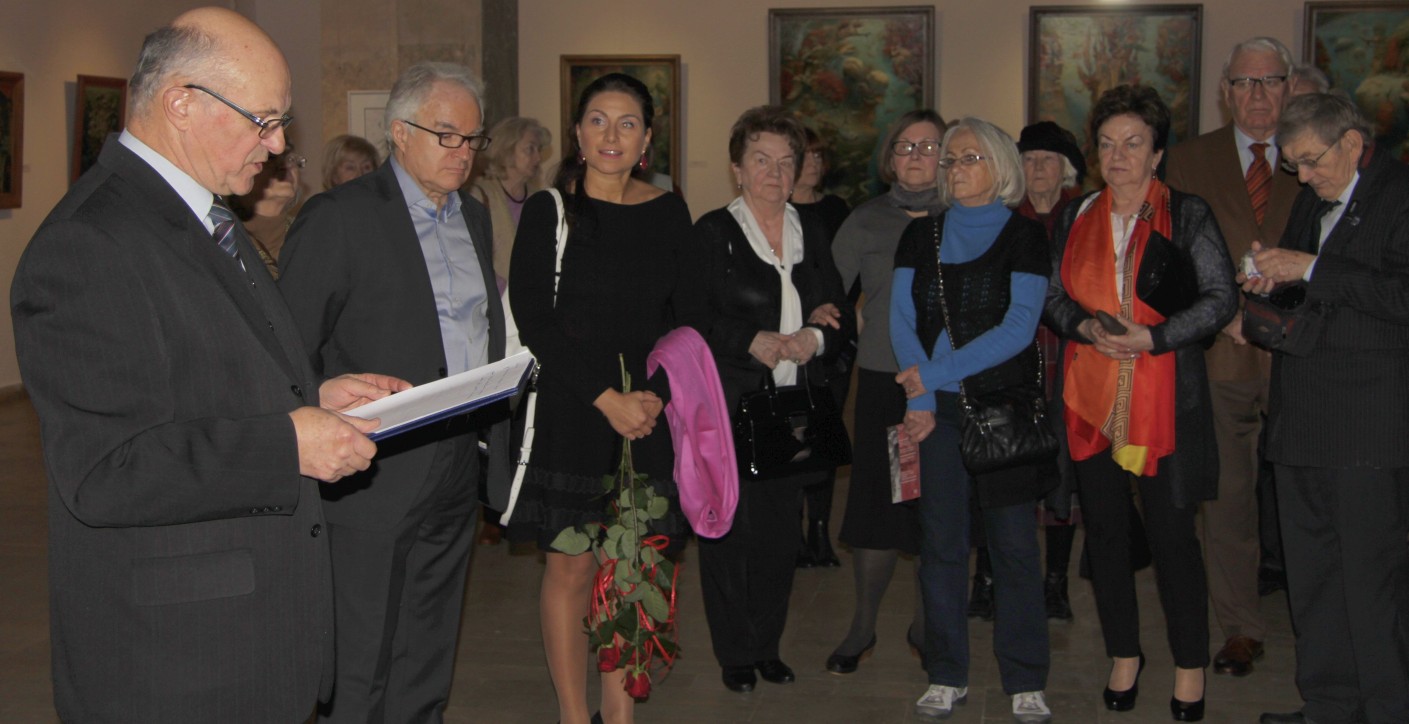 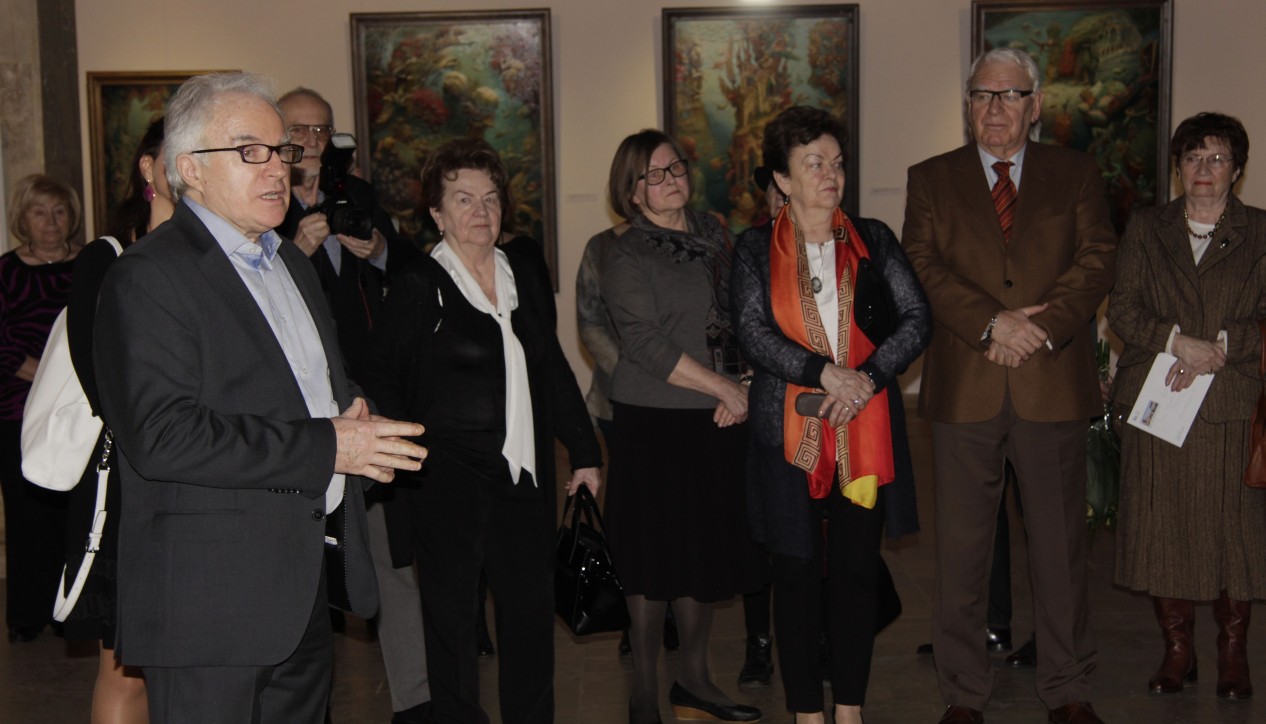 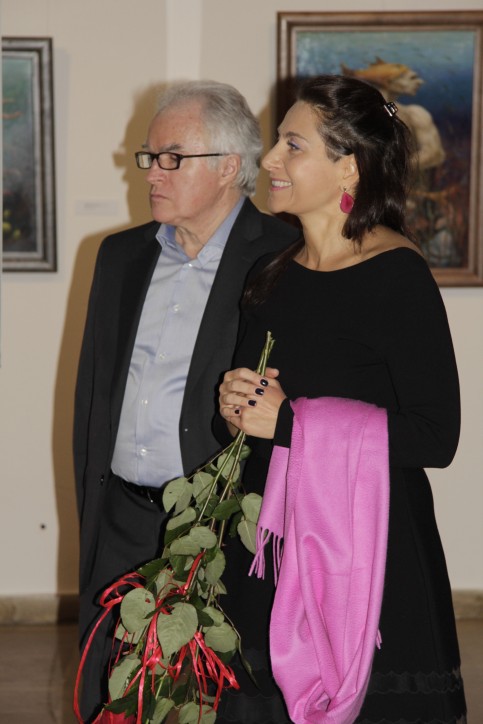 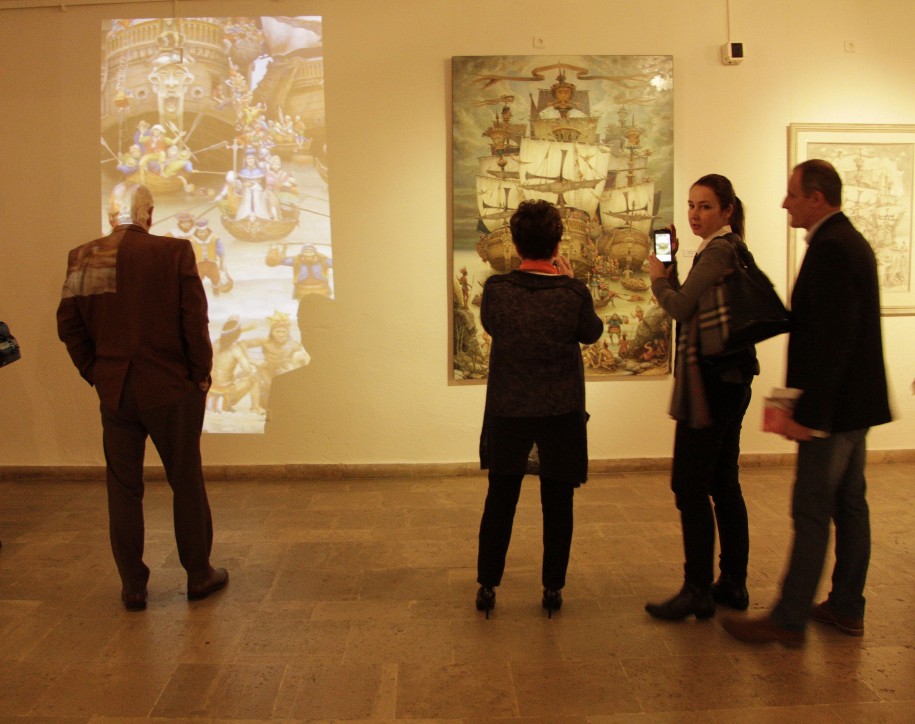