• The "Motława" ferry does not run on October 4, 2022. We apologize for the inconvenience
• The Crane remains closed to visitors due to renovations - read 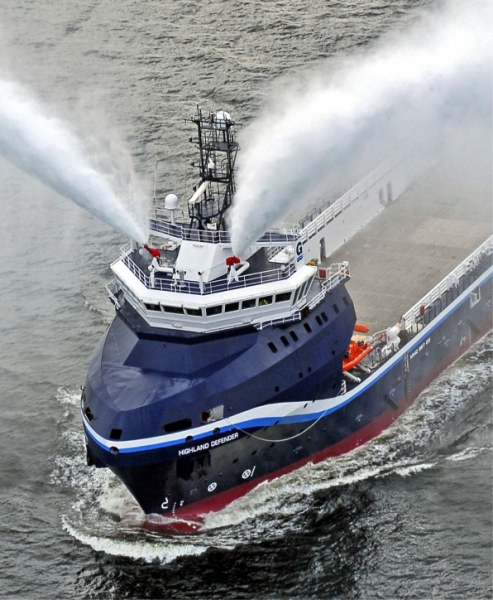 A virtual shipyard tour and a walk inside a ship, dockage of a platform and fascinating Oculus glasses – these and many other attractions will be available at the “Ships. Our passion” multimedia exhibition, organized by Remontowa Holding S.A. shipbuilding group.

“Ships. Our passion” is an interactive exhibition and a compendium of Remontowa Holding S.A., the largest shipbuilding group in Poland, presented in an innovative way. Due to implementation of modern visualization techniques and computer simulation, visitors are invited to take a virtual tour around a shipyard and to have a look inside a ship, as well as to conduct a virtual inspection of a tanker.

“Ships are our passion,” says Piotr Soyka, President of Remontowa Holding. “We have been developing Pomeranian shipbuilding industry for years. Our main objectives include maintaining a high quality of services, increasing production and number of repairs. We provide training to our staff and invest in people. Every year, we hire more than 100 talented young people whom we provide with an opportunity of individual development and engagement in their passions. And now we would like to share our passion with Pomeranian residents and tourists visiting Gdańsk, a city which has always been connected with sea and shipbuilding industry.”

“Ships. Our passion” exhibition will provide such attractions as inspection of a vessel or trying on one of four protective shipyard clothing sets. Visitors will also be invited to load a ferry with cars in such a way as to prevent the ship from heeling dangerously. Models of selected vessels will also be presented at the exhibition. One of the models will be equipped with a special telescope which will allow visitors to take a look inside a ship. Another interesting stand will include an interactive screen with a world map, which will display operating locations of the vessels produced and repaired in Remontowa Holding shipyards, as well as main sailing routes.

“Ships are also our passion, therefore we are pleased with the opportunity of hosting Remontowa Holding in our newest and most modern department which is the Maritime Culture Centre,” says Jerzy Litwin, PhD, Director of the National Maritime Museum in Gdańsk. “One of the main objectives of the Museum is promotion of knowledge about maritime history of Poland and its economy, therefore we were not in the least hesitant about hosting Remontowa Holding and supporting them in preparation of a multimedia exhibition. We have quickly come up with an idea of a multimedia exhibition and managed to prepare it within a very short time period. We believe that this undertaking will promote the latent potential of this industrial sector and infect visitors with passion for ships.”

An official opening of the exhibition will take place on 19th June 2015. The next day (i.e. 20th June) it will be open free of charge for all visitors of the Maritime Culture Centre, located in the heart of Gdańsk, right next to the Crane, a maritime symbol of the city. The National Maritime Museum, the owner of the Maritime Culture Centre, is a strategic partner of the exhibition. The Museum has made exhibition area available for an undertaking which is exceptional on a national level. 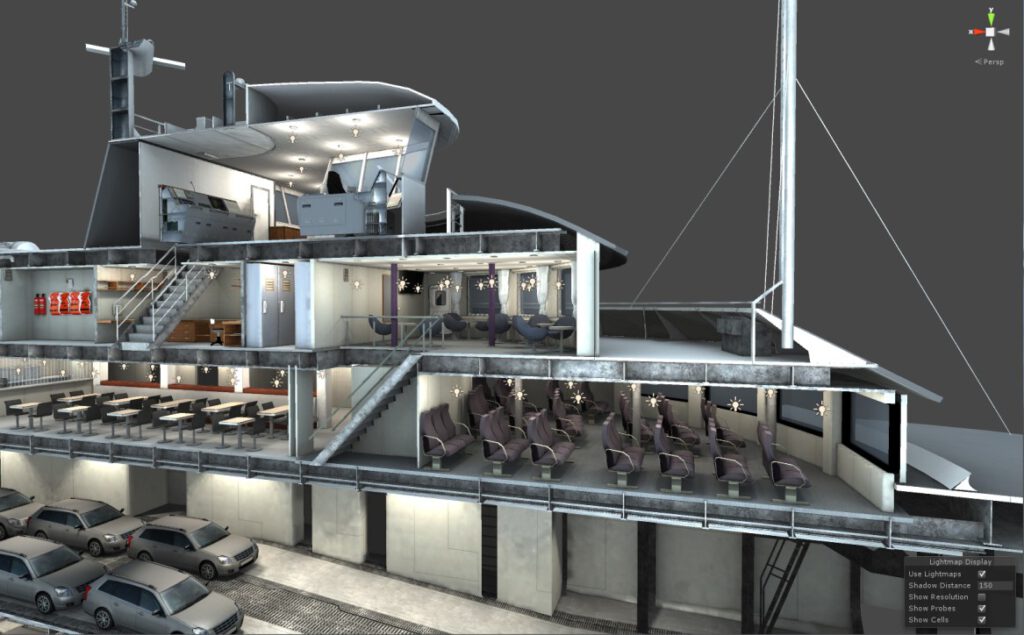 It is worth mentioning that preparation of one of the stands – Ship Inspection – was possible due to cooperation of Remontowa Holding with DNV GL Classification Society. The exhibition will be held under the honourable patronage of Paweł Adamowicz, the Mayor of Gdańsk.

Apart from interactive applications, attention of visitors will be drawn to an extraordinary design and set of the exhibition. Moreover, they will have an opportunity to learn about sea trials, the number of people involved in construction of a ship and about the purpose of ship inspection. One of the exhibits is a virtual mirror which will make it possible to experience, at least for a moment, the work of a scaffolder or a ship welder. Aspiring engineers will have an opportunity to check their skills in loading of a ferry. It is also worth experiencing just how complicated assembly of a ship’s section is which will be possible due to a shipyard crane simulator.

Remontowa Holding S.A. capital group is the largest private industrial group in Pomerania, the third largest in Poland and one of the leading holdings in Europe. Remontowa Holding incorporates two shipyards – Remontowa Shiprepair Yardand Remontowa Shipbuilding, as well as a design office – Remontowa Marine Design & Consulting. Apart from the shipyards, there are over twenty companies operating in shipbuilding and offshore sectors. These are manufacturers of technologically developed machinery and equipment, suppliers of specialist services as well as furniture manufacturers. The holding cooperates with most demanding clients from around the world.

REMONTOWA HOLDING S.A. is the largest shipbuilding capital group in Poland. As an industrial leader of the region and one of the largest employers in Pomerania, the holding incorporates two shipyards and a wide range of companies operating in shipbuilding and offshore sectors, in particular Remontowa Shiprepair Yard, Remontowa Shipbuilding, or Remontowa Marine Design & Consulting, one of the largest shipbuilding design offices in Europe. Moreover, the incorporated companies include manufacturers of technologically advanced machinery and equipment (Remontowa Hydraulic Systems, Remontowa LNG Systems), suppliers of specialist services (Remontowa Marine Services) and furniture manufacturers (Famos), as well as specialists in comprehensive interior fittings and anticorrosive works (Remontowa Coating & Equipment). 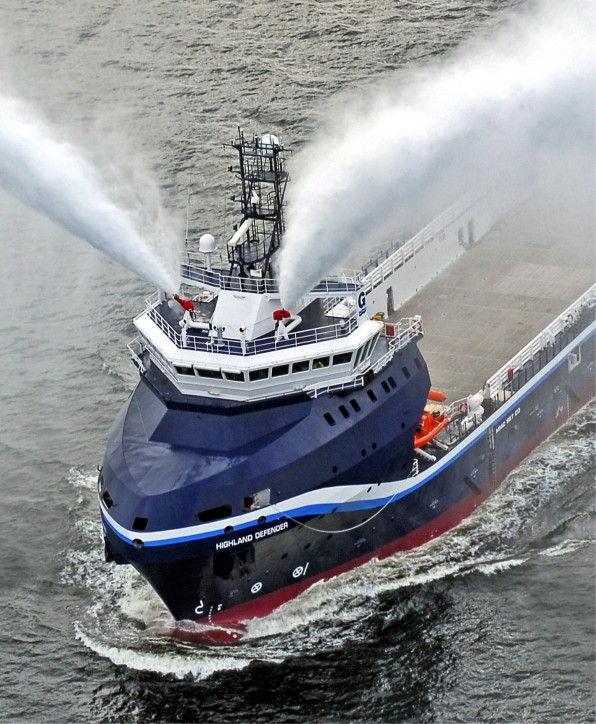 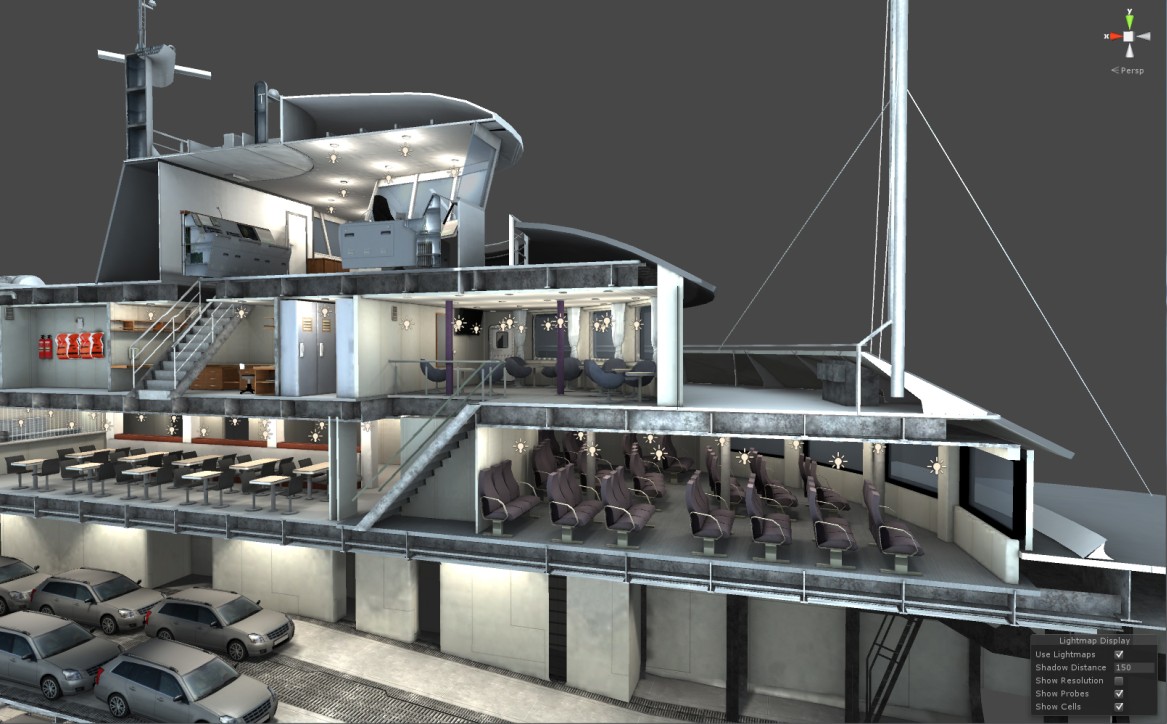 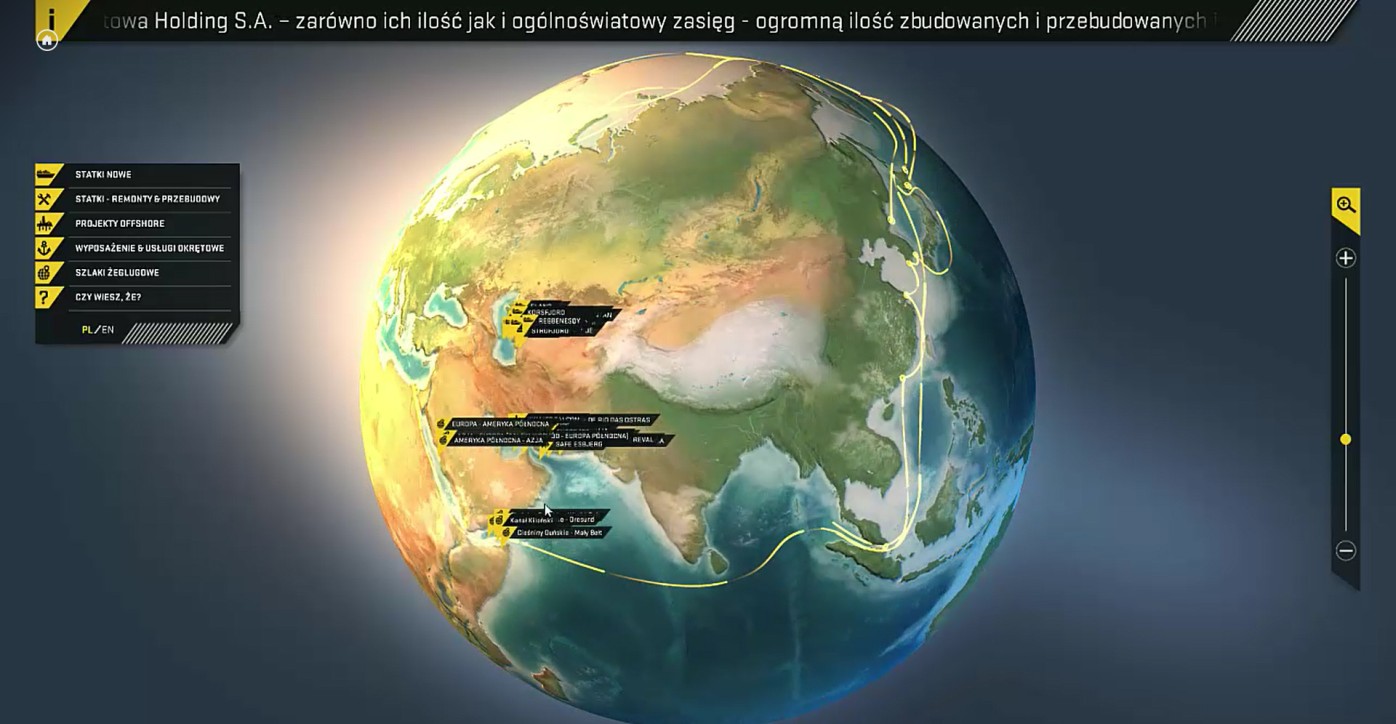 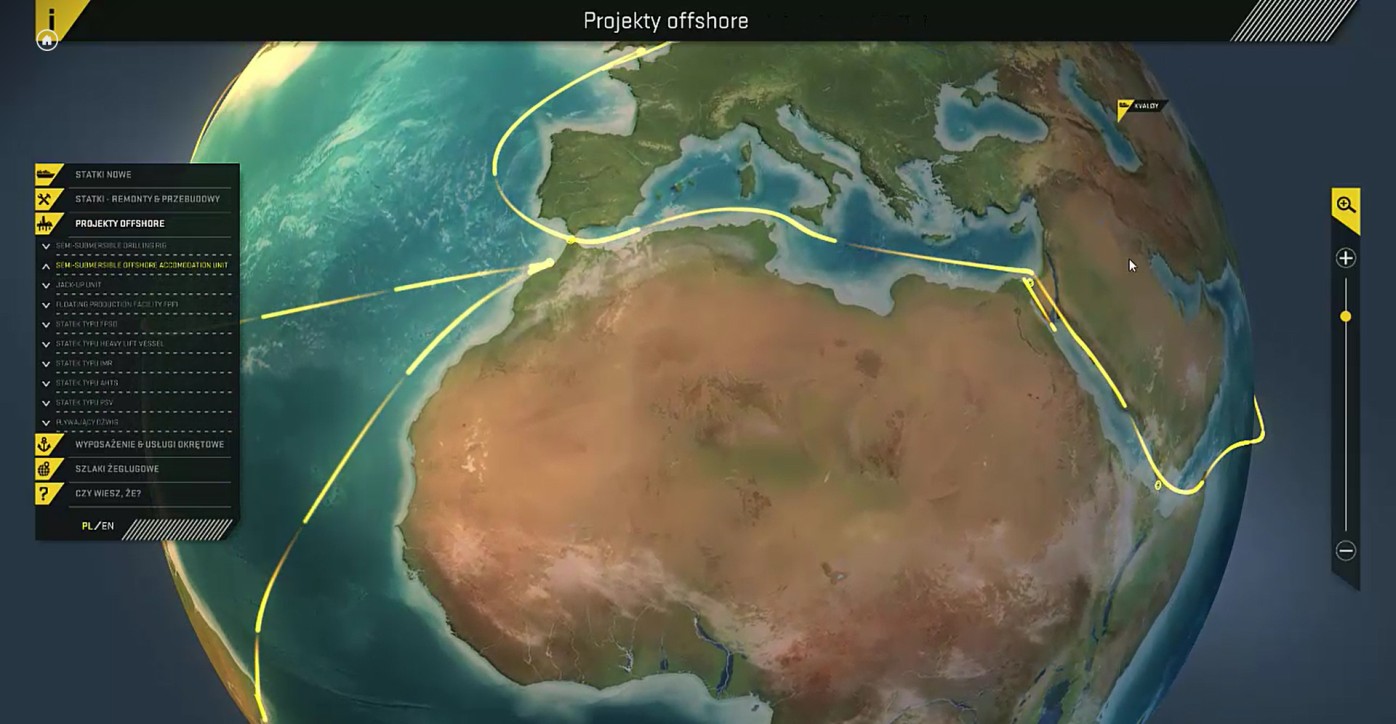 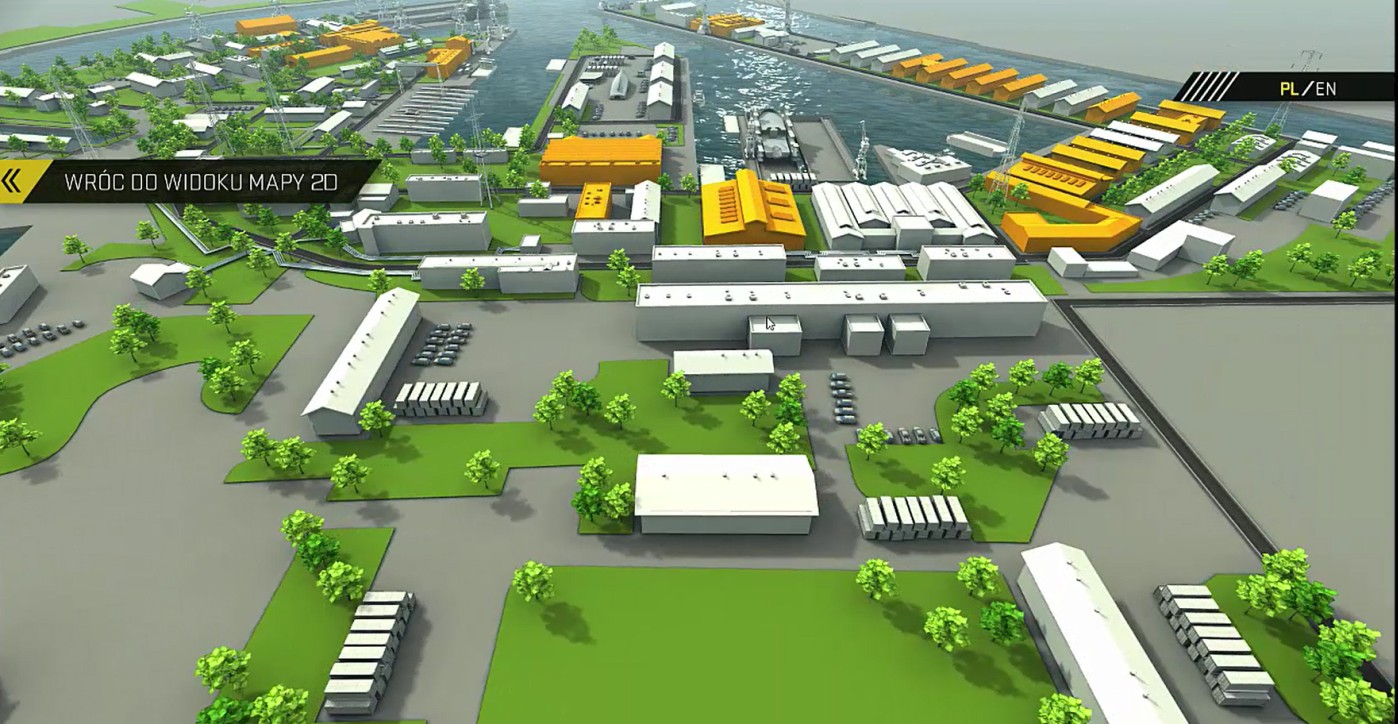 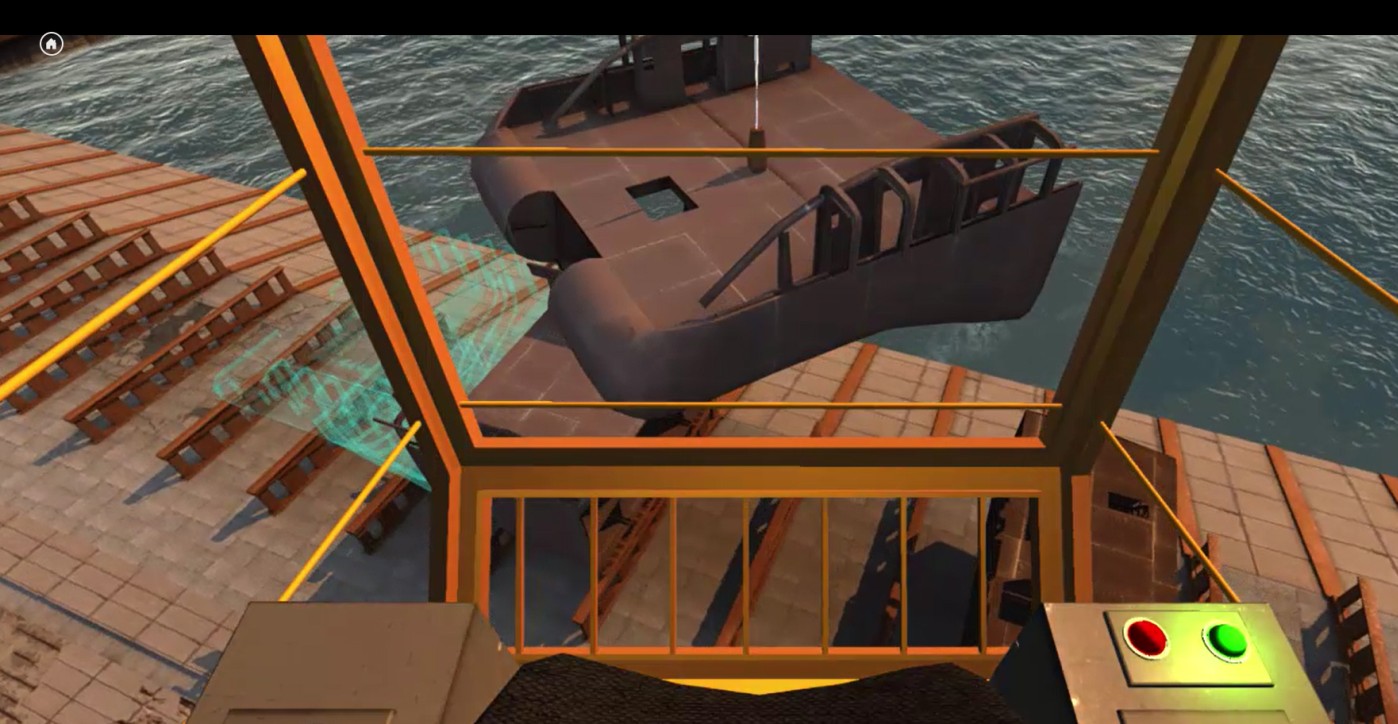 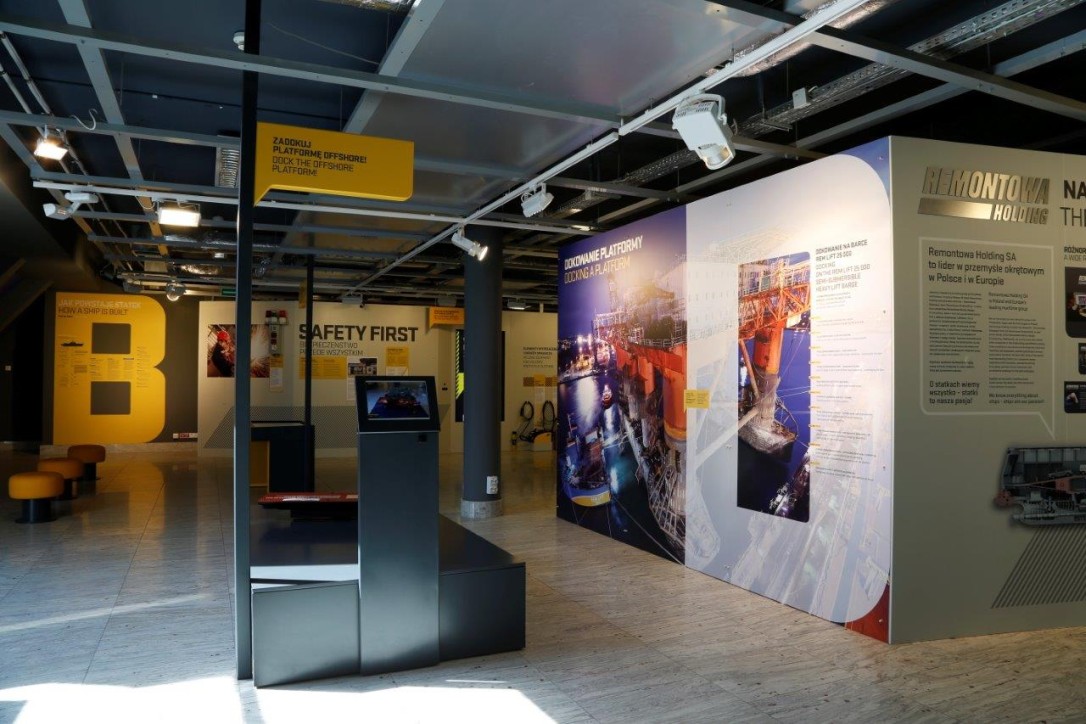 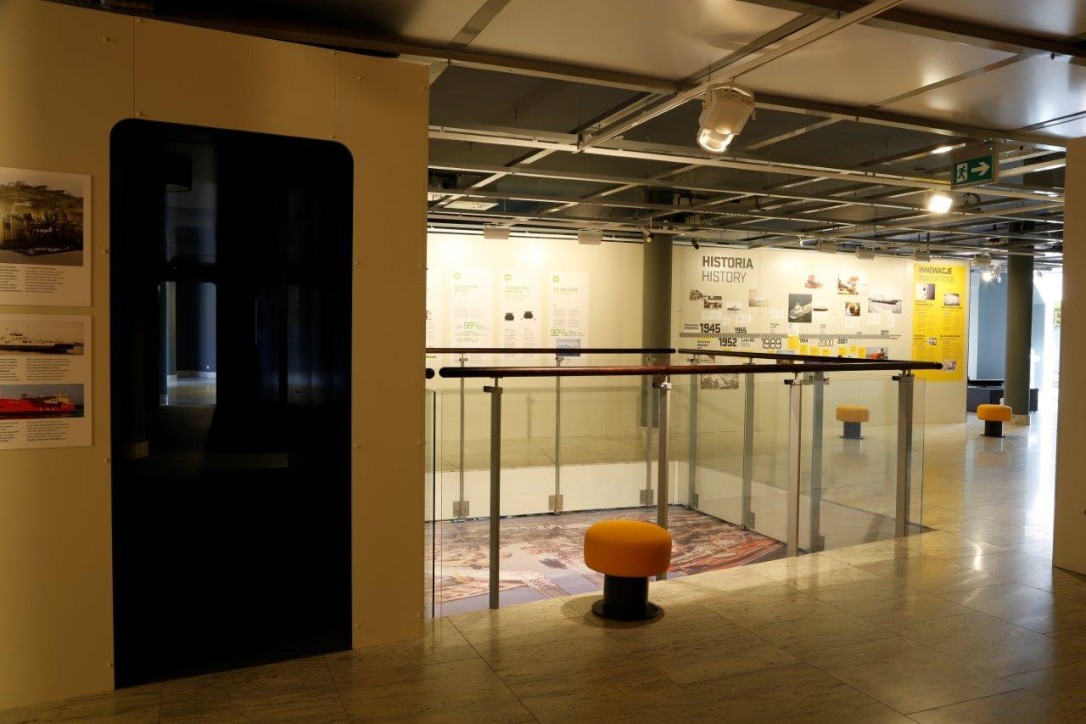 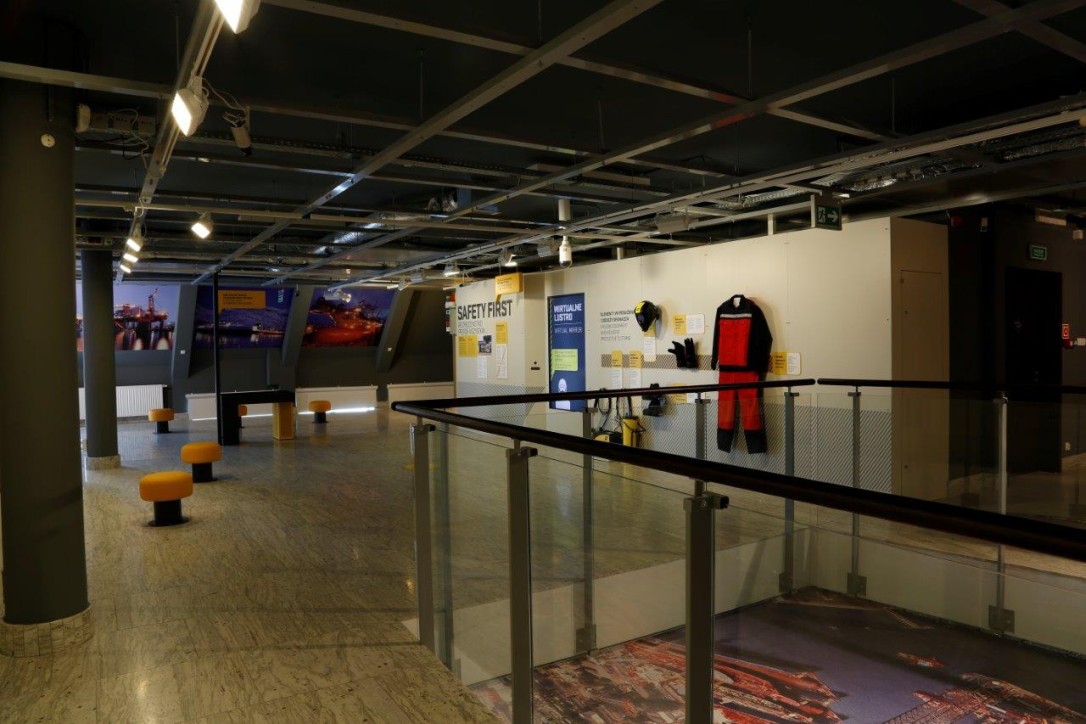 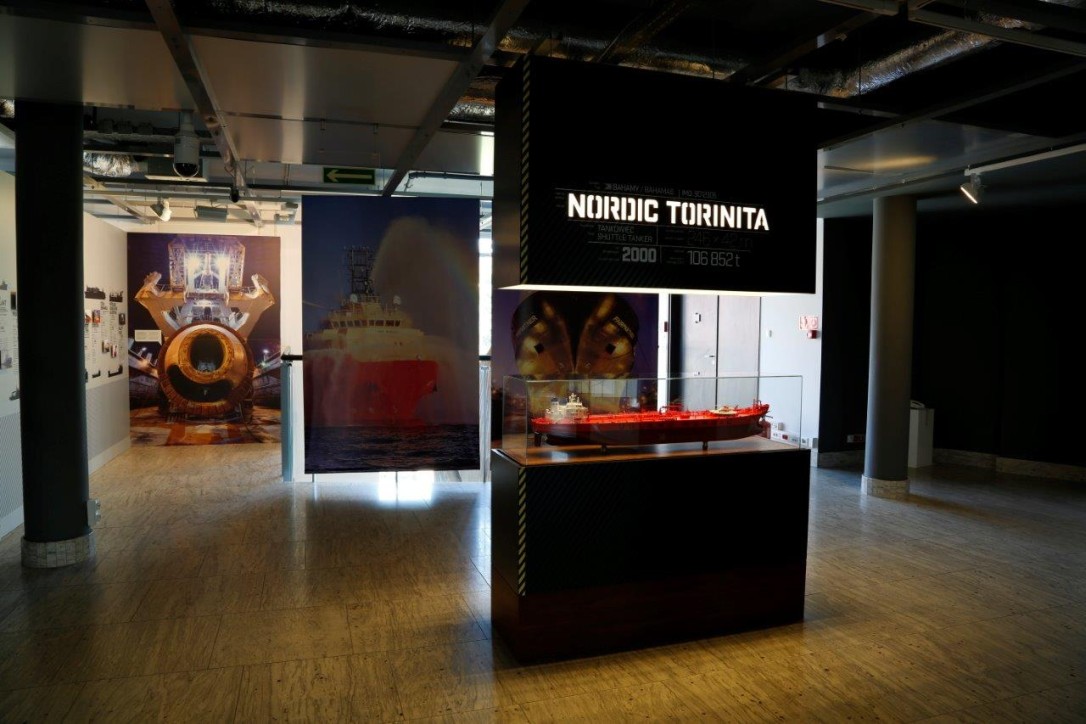 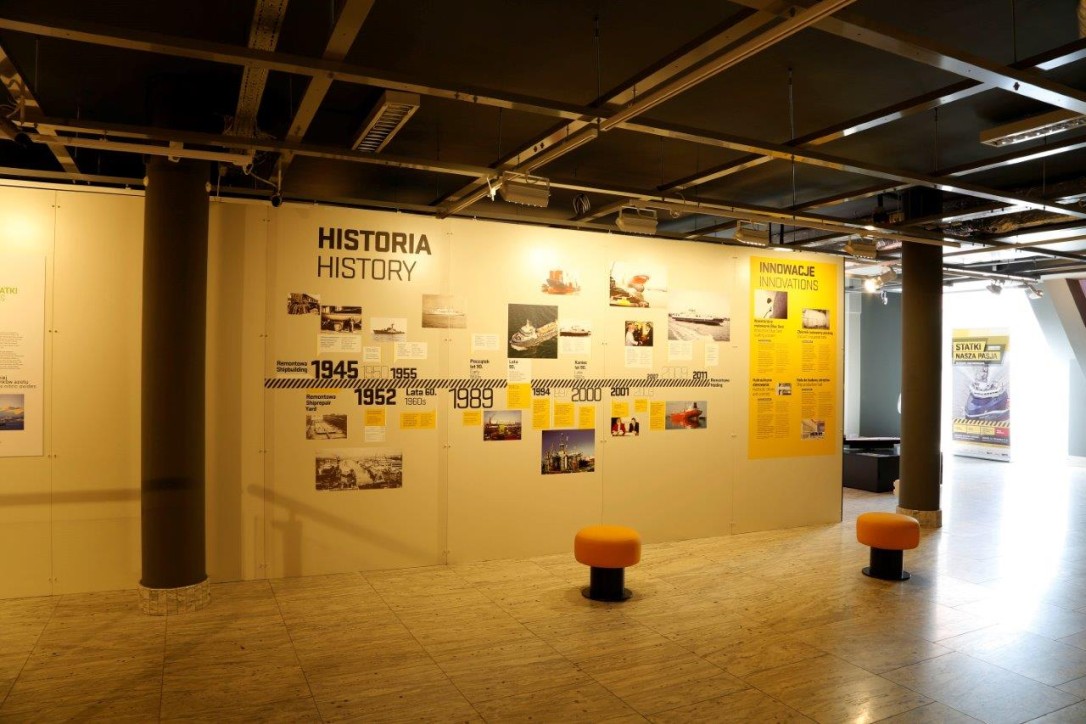 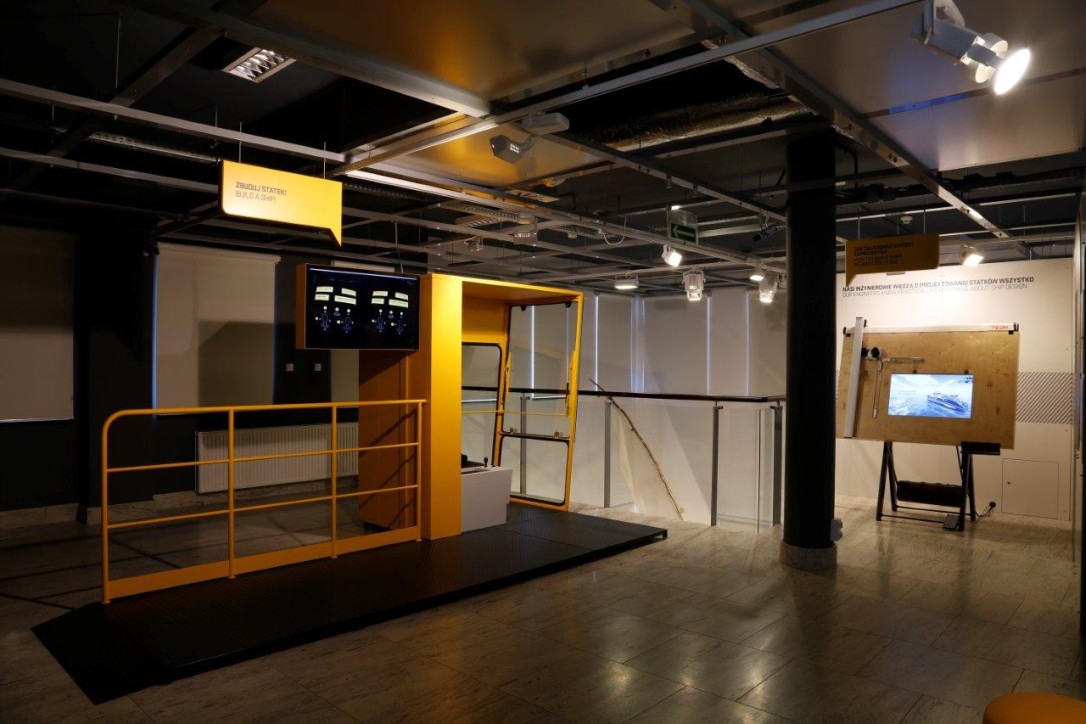 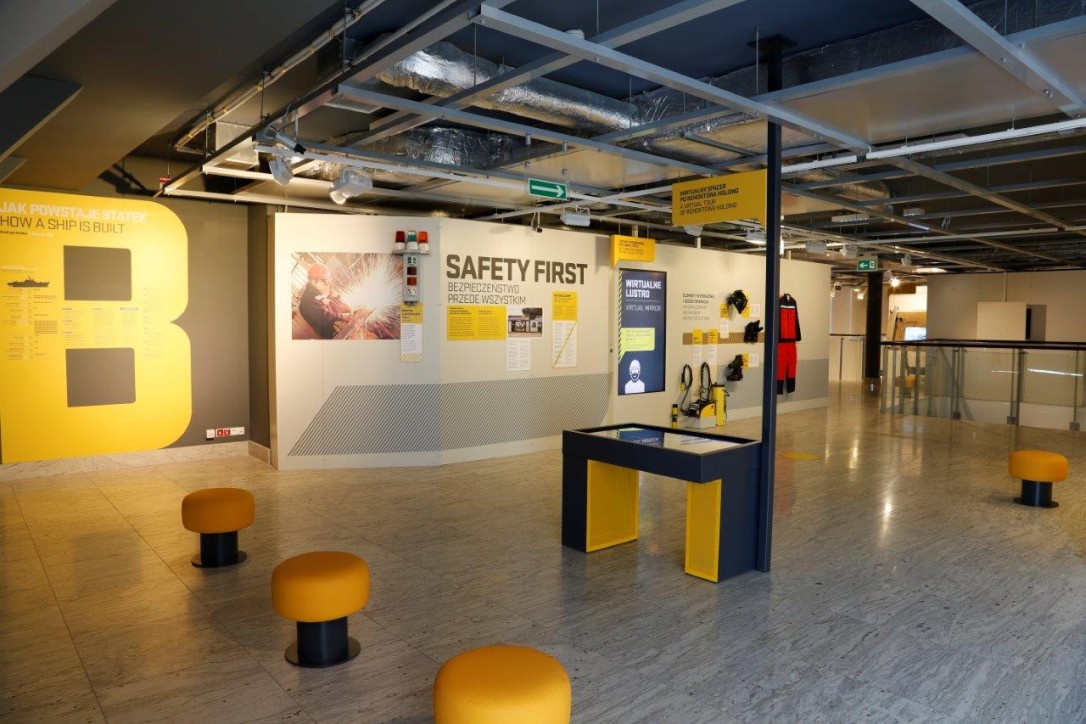 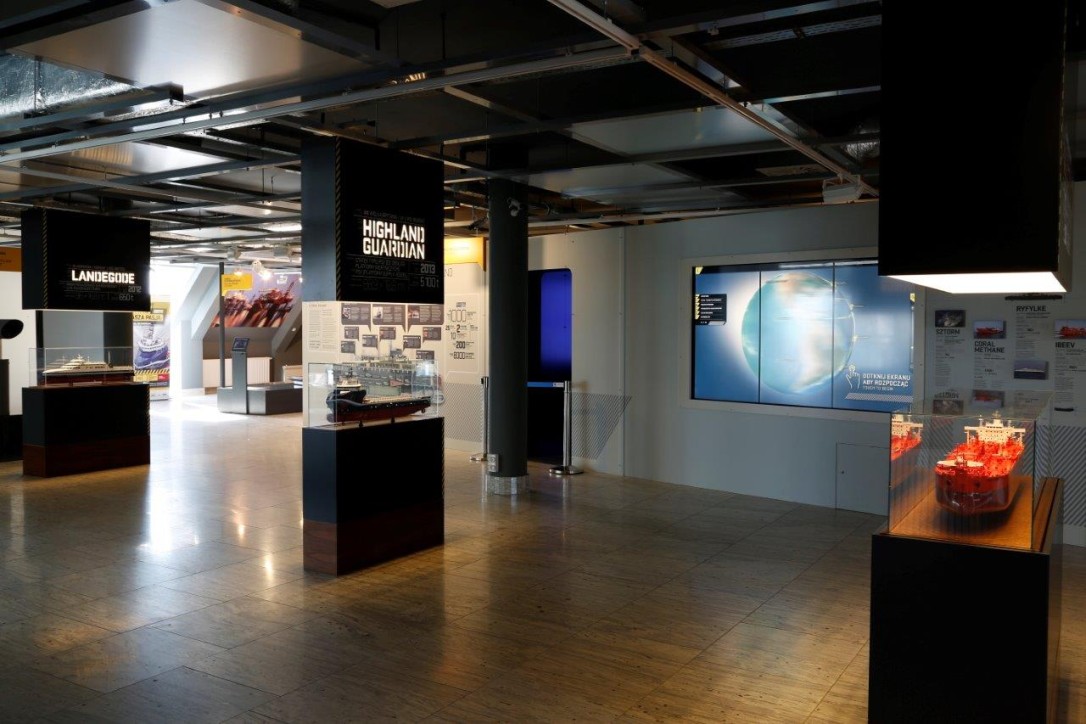 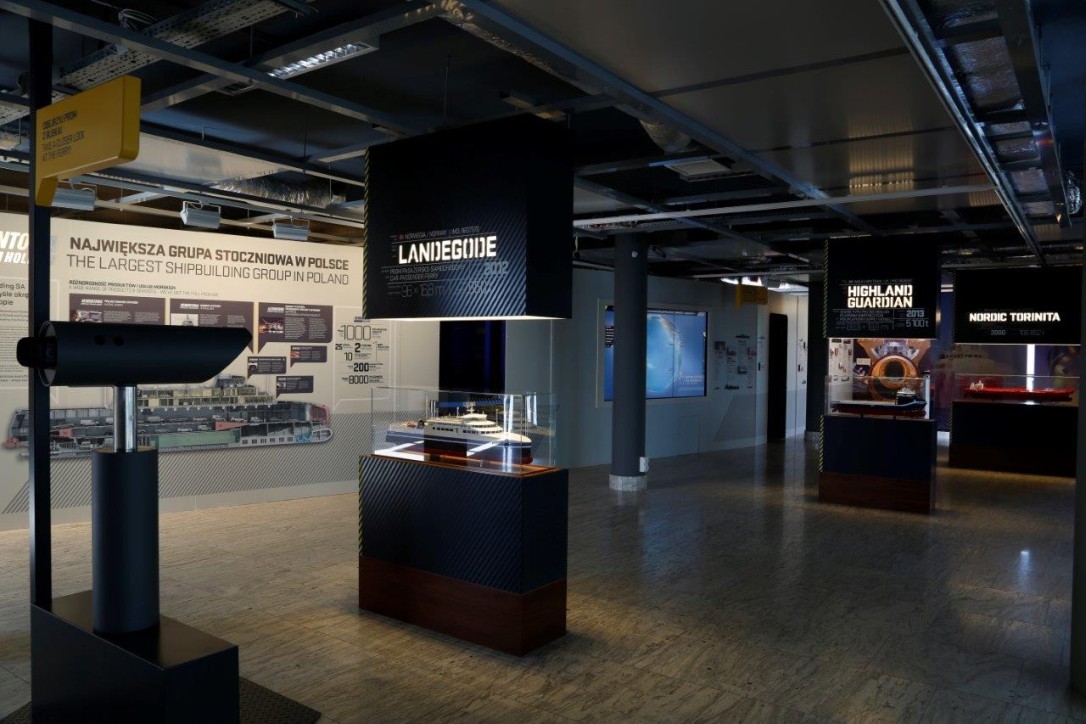