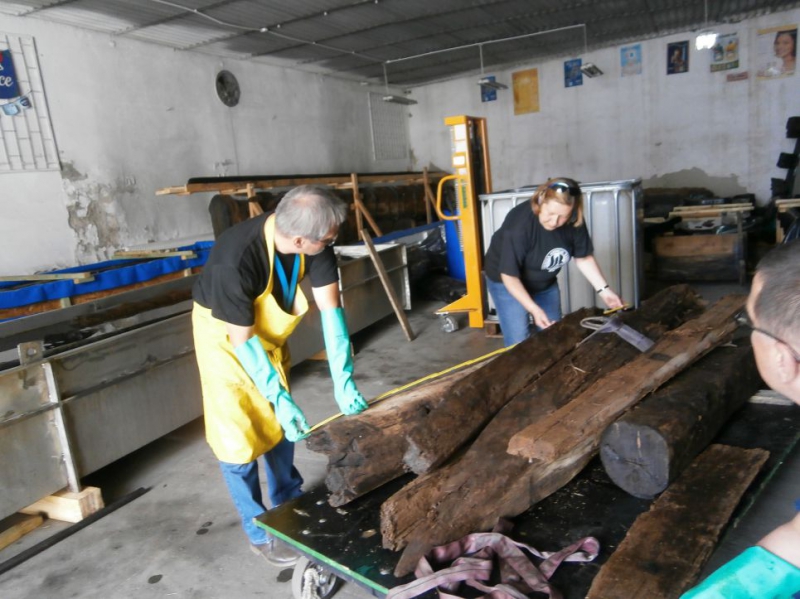 The beginning of Tczew summer has been marked by movement of historic items and conservation equipment out of the Conservation Workshop situated in Paderewskiego Street in Tczew.

Project: moving out
The moving out is one of the first actions undertaken under the “Shipwreck Conservation Centre combined with Studio Warehouse in Tczew – construction of cultural infrastructure of the National Maritime Museum” project, which is being conducted due to the support of Norway funds and EEA grants from Iceland, Liechtenstein and Norway, as well as Polish national funds.

Bank on conservation
Our preparations for moving out have started much earlier with search for a suitable storage space. We needed a warehouse which could be used as storage for exhibits, equipment and other contents of the Workshop until completion of the project. Successful negotiations with Bank Spółdzielczy w Tczewie have resulted in rental of a warehouse located next to our premises.
Fitting all exhibits and equipment which were previously stored in buildings aimed for tearing down with total area of more than 1,000 m2 in a 300 m2 warehouse has been a real challenge.

Hard work
Relocating large-size objects and equipment from the Conservation Workshop required a lot of time and patience. According to the museum conservators, moving tanks containing objects under conservation was the most difficult task of all. One of the additional works was construction of additional tanks aimed for storage of wooden exhibits. Several hours of hard work were dedicated to taking capstan out of the solution and loading an oaken stem into a tank. In total, the relocation works involved 14 tons of historic items, 12 tons of conservation solutions and 6 tanks containing historic items made of “wet” wood under conservation.

Manitou, the Great
Another appearance of Manitou telescopic loader used for moving large-size objects, such as a rudder blade and a cannon, was an important event of the relocation. Previous appearance of Manitou resulted in loading of anti-aircraft guns which were relocated to Muzeum Oręża Polskiego w Kołobrzegu (Museum of the Polish Arms in Kołobrzeg).

Tenders
Currently, tender procedures are being conducted for contractors willing to carry out the first part of works planned under the Project. The final stage will reveal contractors selected for construction of the Shipwreck Conservation Centre combined with Studio Warehouse in Tczew and for conservation of “Opty”, “Dal” and “Kumka IV” yachts. The Museum has already concluded an agreement, based on a completed tender procedure, in regards to the technological system for conservation of “wet” wood. 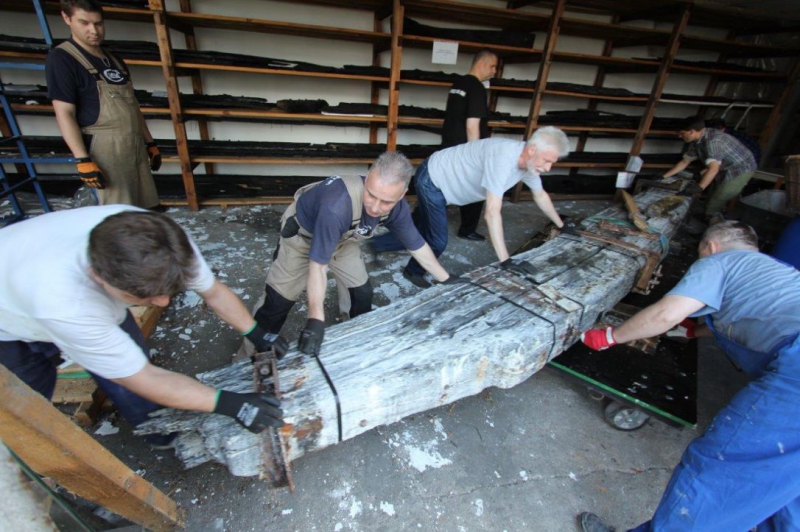 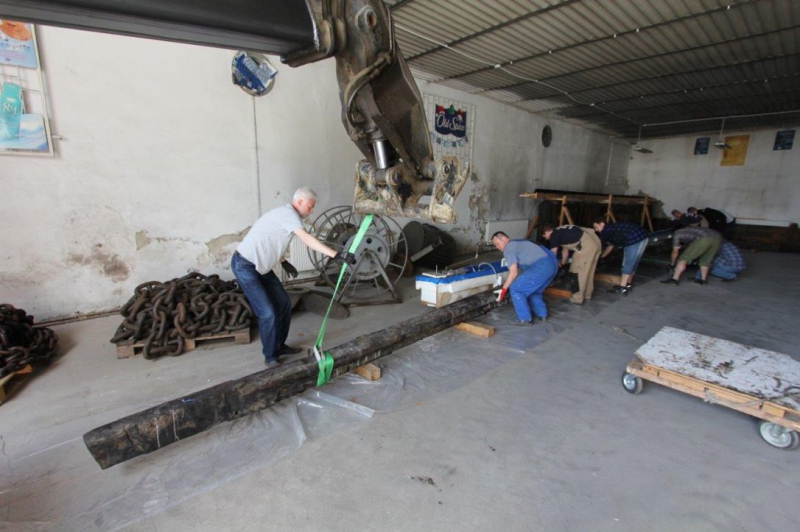 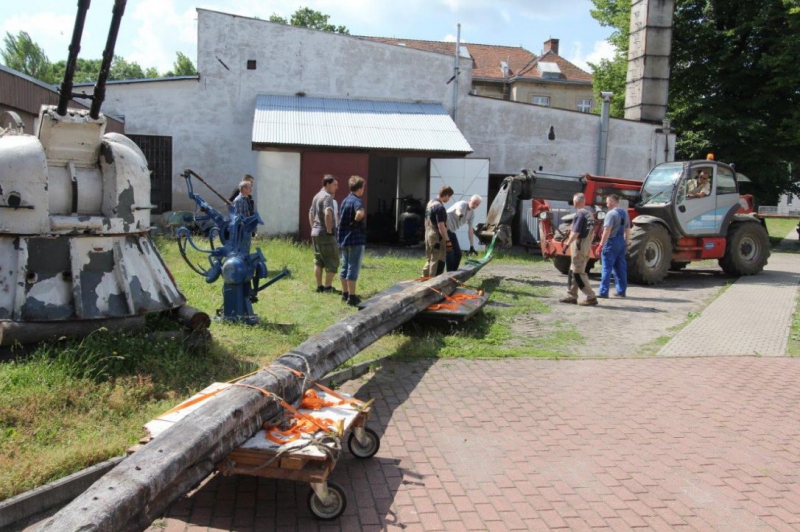 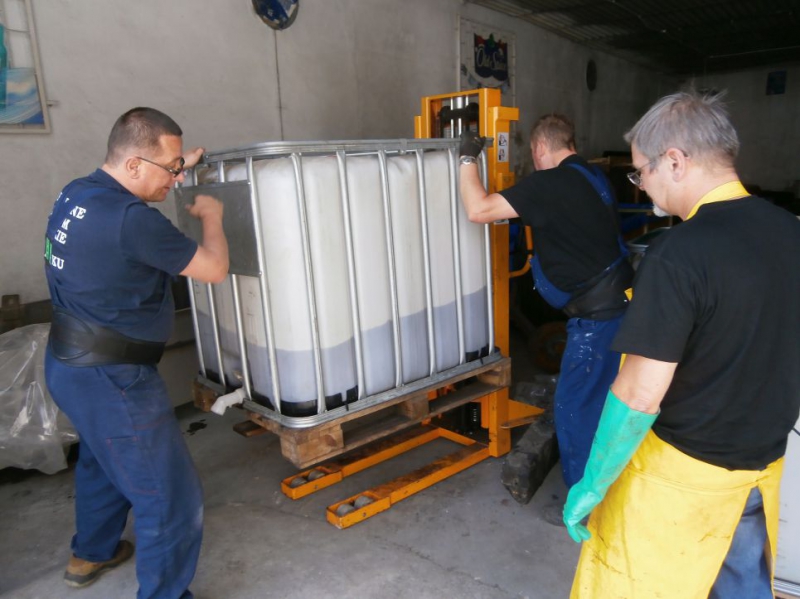 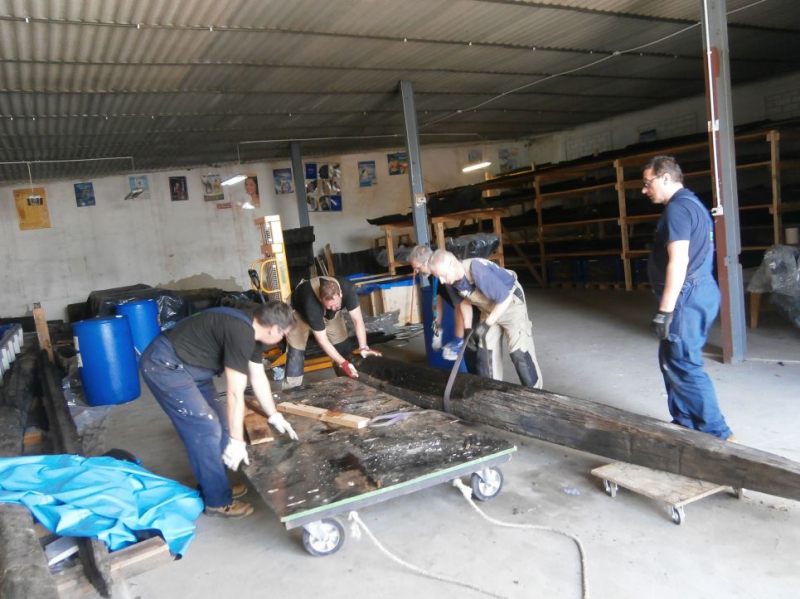 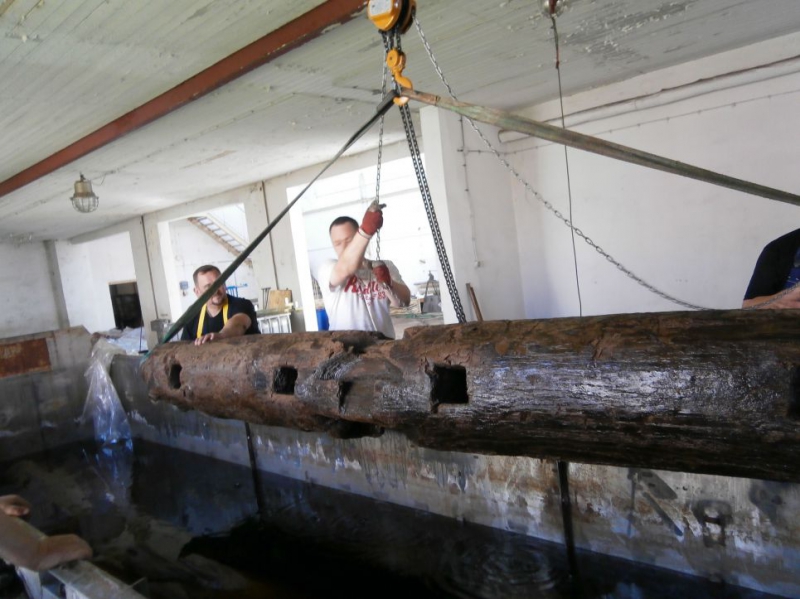 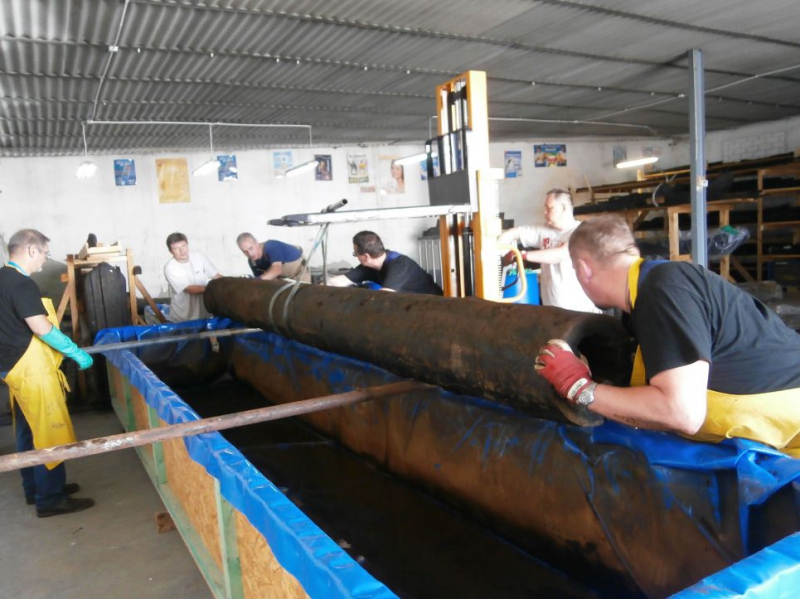 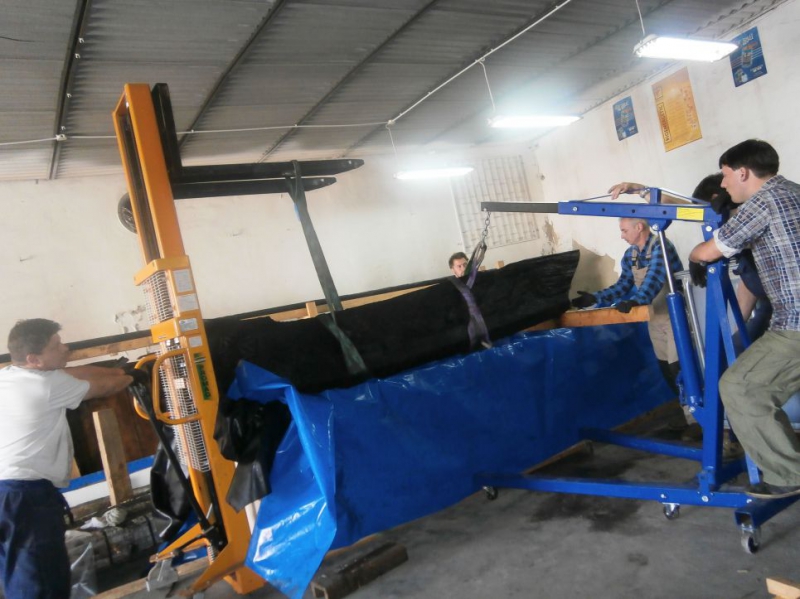