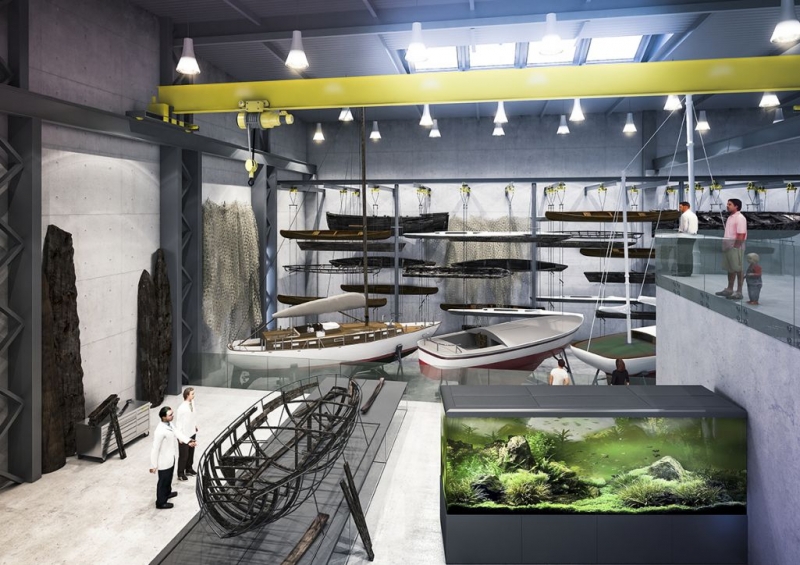 The latest investment project of the National Maritime Museum is the construction of the Shipwreck Conservation Centre with Studio Warehouse in Tczew. The start of the construction is planned for summer of 2014 and its completion is scheduled for April 2016.

Investment Project
Collection of the National Maritime Museum in Gdansk is very diverse. It includes significant large-size objects, such as historic yachts and construction elements, including parts of medieval wrecks of boats and ships. Until the present, the Museum (just like other museums all around the world) has been experiencing problems regarding storage of large-size monuments. There has been no suitably equipped facility which could be used not only as storage and exhibition area, but also as research and conservation warehouse. The new institution in Tczew will fulfil all of these purposes.

Research, Studies, Exhibiting
“Archaeological and conservation research as well as works conducted on objects excavated from water have contributed to the promotion of the Museum among other European institutions. Therefore, construction of the Shipwreck Conservation Centre in Tczew is a natural and necessary step towards further development of the National Maritime Museum,” emphasizes Maria Dyrka, Head Conservator and NMM Deputy Technical Director. “The Shipwreck Conservation Centre with Studio Warehouse will serve not only as the Museum’s infrastructure facility, but also as attraction for Tczew residents and tourists visiting the Pomeranian Voivodeship.”

Subsidy
The Shipwreck Conservation Centre in Tczew is an innovative and quite unique investment in Europe. Its total cost amounts to 22 million zloty, it is financed from the funds of the Norwegian Financial Mechanism and the funds of the Minister of Culture and National Heritage. Tczew department of the National Maritime Museum is the second, after the Maritime Culture Centre, investment which is co-financed from these types of funds. The Project is conducted in Polish – Norwegian partnership with the Norwegian Maritime Museum in Oslo and the Museum of Cultural History in Oslo.

Building
The building of the Shipwreck Conservation Centre will be located in the centre of Tczew, in the area of Southern Outskirts of the Old Town. The property was granted to the Museum in late 1970’s – early 1980’s by the local authorities of the City of Tczew. Previously, the buildings were occupied by the Factory of Gas Metres (former Metal Works Factory Unit).
The project of the Centre is based on two interconnected sections which separate two basic parts – the Conservation Workshop and the Studio Warehouse combined with Exhibition Hall. The Exhibition Hall with total area of approx. 313 m2 will serve as storage and exhibition facility for large-size monuments. Three historic yachts – “Dal”, “Opty” and “Kumka IV” – as well as construction elements of historic vessel will be exhibited in the Hall. The second part of the Studio Warehouse – the Entresol – with total area of approx. 169 m2, will be equipped with mobile glass shelves for exhibiting small-size pieces. The remaining area of the NMM department in Tczew will be occupied by the Conservation Workshop aimed for research and conservation works and also digitalization of mobile historic monuments.

Digitalization
Actions regarding development of digital collection are planned as a part of the Shipwreck Conservation Centre in Tczew project, including implementation of augmented reality technology in presentation of information about Museum’s collection. “Augmented reality is a system which can be characterized by three features: it combines the reality with virtual world, provides their interaction in real time as well as freedom of actions in three dimensions,” explains Szymon Kulas, Tczew project coordinator and NMM Deputy Administrative and Technical Director.

Historic Monument in Context
Augmented reality technology in a possibly wide spectrum is planned to be implemented in the building of the Shipwreck Conservation Centre in Tczew. Visitors will have an opportunity to use it via their personal mobile devices with the help of a special free application. “The use of such advanced technology will make it possible to present the context of each monument in most attractive and accessible way without any additional setting. Therefore, the exhibition can be reduced to the size of the exhibited monument,” says Marcin Kłos, Head of IT Department responsible for actions regarding digital information involved in the Project.

Location and Operating Area
The Shipwreck Conservation Centre combined with Studio Warehouse will serve not only as the Museum’s infrastructure facility, but also as attraction for Tczew residents and tourists visiting the Pomeranian Voivodeship. 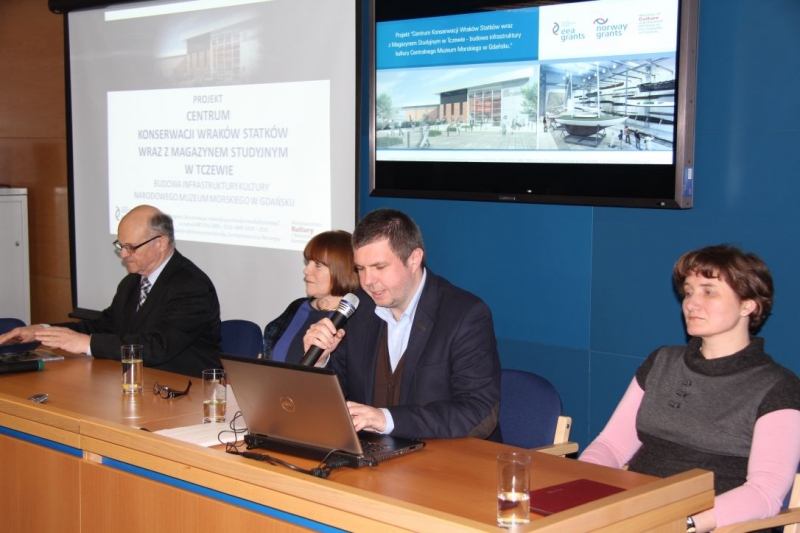 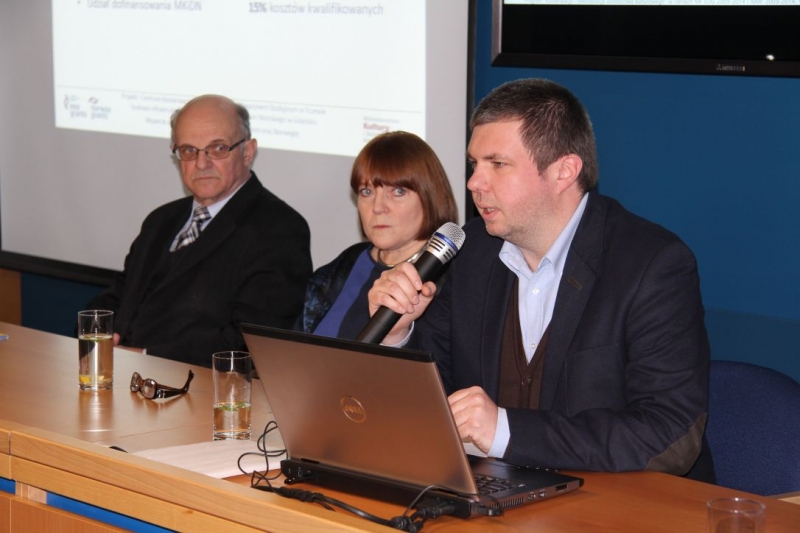 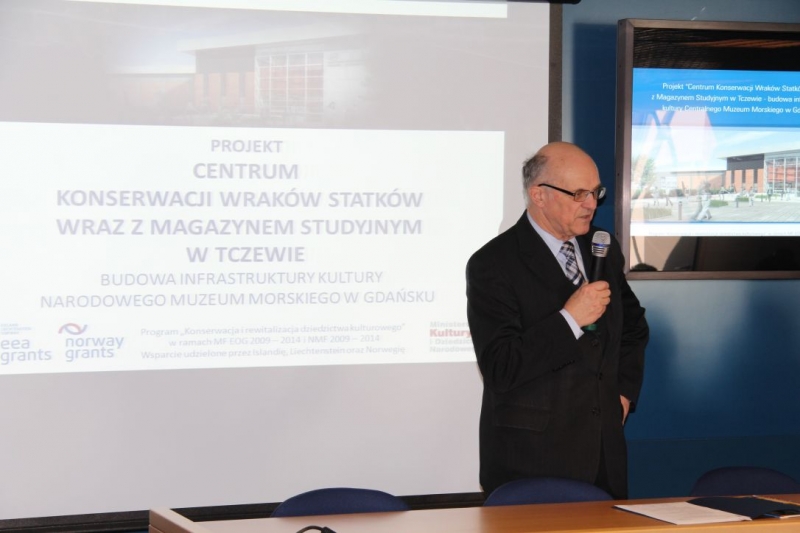 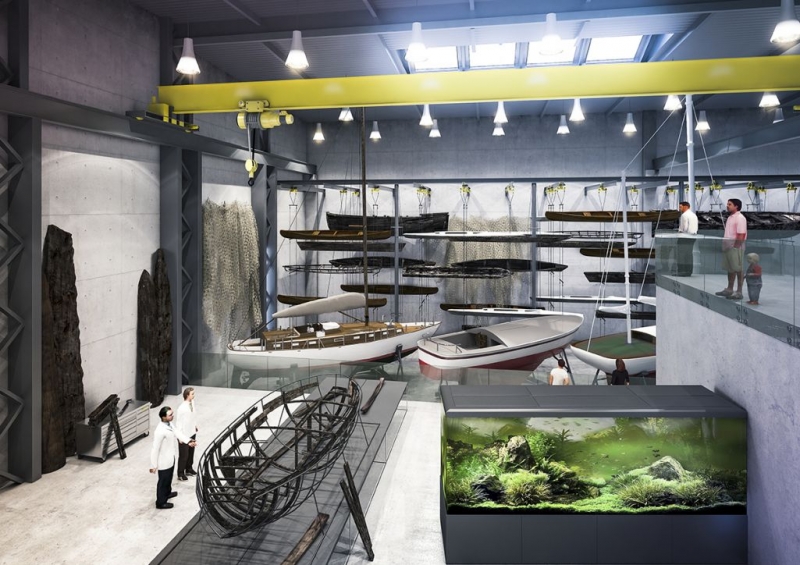 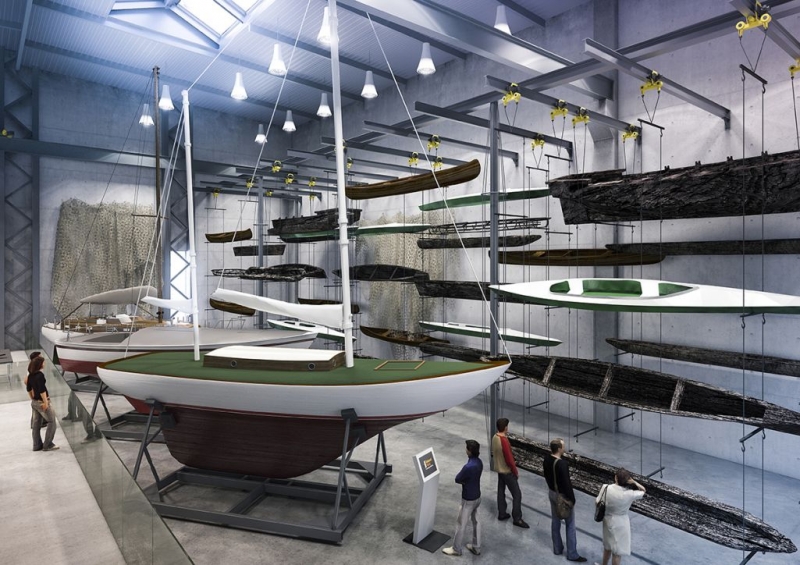