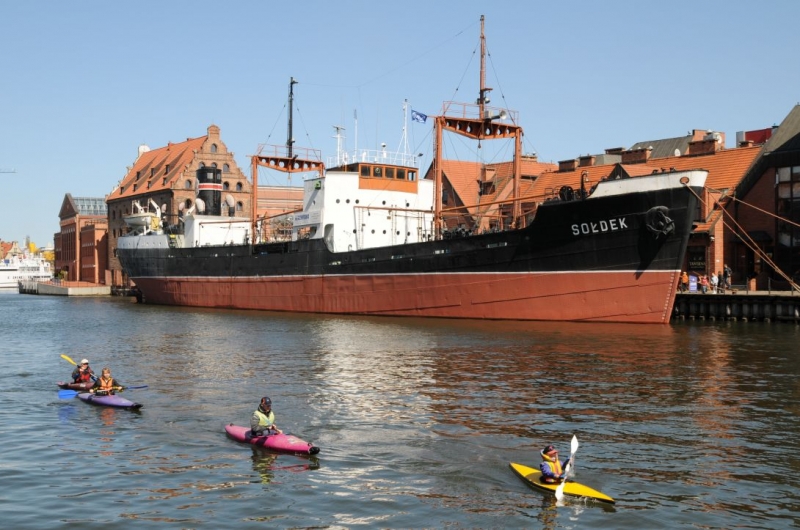 PMM granted the title of the National Maritime Museum in Gdańsk

Bogdan Zdrojewski, Minister of Culture and National Heritage, has endorsed the request of the Polish Maritime Museum in Gdańsk, the Museum Council, the Society of Friends of PMM and the Polish Nautological Society, and has changed the institution name to the National Maritime Museum in Gdańsk. The new name has been in effect since 10th December 2013.

The decision of Bogdan Zdrojewski, Minister of Culture, has been announced by Małgorzata Omilanowska, Deputy Minister, who has participated in the jubilee meeting of the Society of Friends of PMM held in commemoration of the 55th anniversary of its establishment.

“It is a great honour to be considered worthy of the title of National Museum. This way, Minister Zdrojewski has appreciated our achievements,” informs Jerzy Litwin, NMM director. “Above all, he has appreciated our comprehensive development which has resulted in the establishment of several departments in the Pomeranian Voivodeship, in the extension of the Museum seat on Ołowianka Island and the creation of a modern department – the Maritime Culture Centre. Due to our activities, we have managed to collect unique museum collections, including numerous historic monuments of maritime technology, in particular historic vessels “Dar Pomorza” and “Sołdek”, as well as a rich collection of traditional Polish and foreign boats. I will not hesitate to point out that it is just a beginning of the list of our achievements.”

The National Maritime Museum in Gdańsk also specializes in conducting archaeological underwater research and professional conservation works which have resulted in acquiring more than a dozen thousands of unique historic monuments of international significance, ranging from the Middle Ages to the 19th century.

“Among others, we are proud of 20 cannons extracted from the shipwreck of a Swedish vessel, cargo and construction of a 15th century merchant vessel, or the so-called miedziowiec (copper ship), as well as the collection of sailor suits from an 18th century vessel “General Carleton,” adds director Litwin.

Moreover, the Museum cooperates with the Polish UNESCO Committee in a range of activities related to protection of underwater monuments.

“We are also very active as well as recognized in the international arena,” says director Litwin. “We are a member of the International Congress of Maritime Museums, with our own representative serving the second term in its Council. We have participated in a number of scientific programmes financed by the European Union and the Norwegian Funds. Currently, we are participating in three consecutive projects.”

The first project is Martabal, aimed at creation of an interactive Atlas of the Baltic Sea Cultural Heritage.

The second project is the “Maritime Cultural Heritage of Poland and Norway” programme. It aims at exchange of information and promotion of material and non-material heritage related to the local boatbuilding industry.

In Crossroads, the third project, main tasks of NMM include expert supervision of the replica construction of sailing boats from the Vistula and Curonian Lagoons.

Since 2000, Museum staff members have been engaged in works of the Monitoring Group, established by ministers of culture of the Baltic Sea States, responsible for identifying fields of common cultural heritage of the region.

The Museum has a major development plan: it is currently applying for Norwegian Funds for construction of the Shipwreck Conservation Centre in Tczew which will combine functions of a modern conservation workshop and an innovative studio warehouse open for visitors. An exhibition hall for yachts such as “Dal” and “Opty” will also be provided in the same building. The goal of the National Maritime Museum regarding this infrastructure is to conduct educational programmes aimed at promotion of knowledge about maritime cultural heritage of Poland and Europe.

“Certainly, we also remember about investing in our current departments,” emphasizes director Litwin. “Modernisation of the Vistula Lagoon Museum in Kąty Rybackie, located in former boatbuilding workshops, and the Fisheries Museum in Hel, located in a 15th century building of a former Evangelical Church, constitute next challenges for the Museum.”