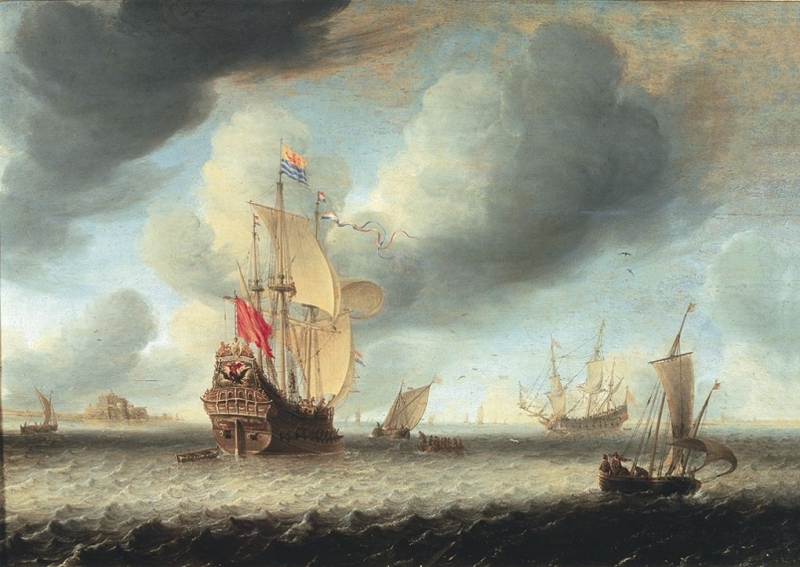 New Look of the Maritime Gallery!

Starting April 12th, we are pleased to invite all art lovers to visit the Maritime Gallery located in the Granaries on Ołowianka Island. After several months of renovation of the exhibit halls, our maritime art collection has acquired a new look, and what is more, the exposition includes paintings which have not been exhibited permanently before.

The exhibition presents more than 80 works by eminent Polish and foreign artists from different periods and of diverse styles, starting from the 17th century to contemporary times. Diverse topics are presented at the exhibition – from marine disasters through seascapes and portraits, to the scenes from the everyday life of ports and fishing harbours. Among Polish works of art dating back to the 19th century to the middle of the 20th century there are paintings by Aleksander Gierymski, Jacek Malczewski (“Portrait of a Lady by the Sea”), Ferdynand Ruszczyc, Michał Gorstkin Wywiórski (“Fisherman’s Boat”) and Marian Mokwa.

European art is represented by Baroque maritime paintings by Dutch seascapists of the 17th and 18th centuries, such as Wilhelm van de Velde the Younger, Ludolf Bakhuysen or the Willaerts family, as well as by Flemish painters from the Peeters brothers’ group. The genuine highlight of the exhibition are the works by Ivan Constantinovich Aivazovsky (“Farewell at Dawn”), a Russian Romanticism painter, which are of most significant value to the Gallery. The collection of the Maritime Gallery also includes “Bretagne Women by the Sea” by Władysław Wankie, purchased by the Polish Maritime Museum in November 2012.

Another interesting part of the exposition are the ships’ portraits, or realistic images of ships, often with full sails, painted on the commission of ship owners as gifts for the most distinguished skippers.