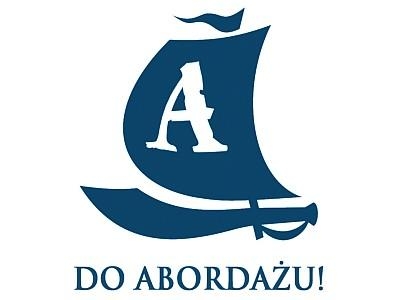 On November 28th 2012, on the 385th anniversary of the Battle of Oliva, the Polish Maritime Museum will open a new exceptional “To Board!” exhibition. Planned to be held in the Granaries on Ołowianka Island, this temporary exhibition will provide visitors with a possibility to experience one of the most important and also one of the oldest techniques used in naval battles, which is boarding.

The exposition will be prepared in the way which will enable visitors to learn about the specificity of naval battles on the examples of selected events which took place throughout the centuries – from antiquity to present times. Therefore, “To Board!” exhibition will present such naval battles, as the Battle of Salamis (September 28th, 480 BC), the Battle of Vistula Lagoon (15th September, 1463), the Battle of Oliva (November 28th, 1627). The activities of Somali pirates in the Indian Ocean, in the region of the so-called “Horn of Africa”, will also be discussed at the exhibition.

The reconstructed fragment of a 17th century gun deck with three cannons will be the most important part of the exhibition – visitors will have a possibility not only to learn about life and service conditions on a historic vessel, but also to prepare a cannon for a shot, point it at the opponent’s vessel and… take a shot from a replica of a 17th century cannon.

“To Board!” exhibition will include important historic arms, both cold steel and firearm, dating back to the 15th, 16th and the 17th centuries, lent to the PMM from the collections of the National Museum in Kraków, the Polish Army Museum in Warsaw and the Malbork Castle Museum. The exhibition will be complemented with the arms from the PMM collection related to the shipwreck of the Swedish vessel “Solen”, which sank after the explosion of a gunpowder chamber during the Battle of Oliva.

In addition, copies of arms (i.a. elements of arms of an antique hoplite and a medieval knight) will be presented at the exhibition. Visitors will be able not only to see them from a close distance, but also to touch them and try them on.

“To Board!” exhibition will be adapted for disabled people by providing tactile models of the conditions before and after a battle, information materials will be printed also in Braille alphabet. Workshops and educational lessons for children and young people (e.g. fencing lessons) and also series of lectures for adults related to the topic of the exhibition will be held as a part of accompanying events.

“To Board!” project is co-financed by the Minister of Culture and National Heritage. The Society of Friends of Maritime Museum in Gdańsk also participates in the costs.