Home>News>Archive>Shipwrecks in the Gulf of Gdańsk 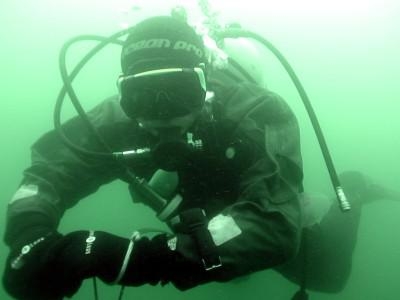 Shipwrecks in the Gulf of Gdańsk

What is the Baltic hiding under its surface? How many unidentified wrecks are still buried in the Gulf of Gdańsk? Both underwater archaeologists and divers find these questions intriguing, so shipwreck explorations always arouse considerable emotions.

Many sunken ships are buried in the bottom of the Baltic Sea. From time to time, while conducting hydrographical works, the staff of Gdynia Maritime Office find some puzzling bumps in the bottom of the Gulf of Gdańsk. Each finding must be checked because each bump may be a relic of a ship. And any archaeological works may prove a sensational discovery.

The Maritime Office in Gdynia has made a list of 32 shipwrecks which can be explored by divers at close range. This list may be soon complemented by further wrecks found by the Polish Maritime Museum divers during their underwater expedition on June 16.

All the sites they explored had been carefully mapped. The GPS was used to establish their position. Jacek Koszałka from the Gdynia Maritime Office informed the Polish Maritime Museum about the finds. The Museum divers, accompanied by the Maritime Office staff, set out on a survey expedition aboard the professionally-equipped Hydrograf 10 boat.

The divers found the remnants of a pinewood vessel 350 metres off Gdynia seashore promenade. According to Dr Waldemar Ossowski of the CMM Marine Archaeology Department, it is probably a lighter-type auxiliary vessel, 150-200 years old. The divers cut off a segment of a frame for dendrochronological research to establish the age of the wreck. The divers failed to take a sample from another shipwreck lying 17 m under water, 1,850 m off the Port Północny wharf. It was a piece of a ship’s wooden side, lying apart, too thick to be sawn off. Another wreck of a wooden ship was spotted 12 m under the surface, north-east off the Port Północny. A badly-damaged wooden bottom part of what could have been a big sailing vessel is about 20 metres long.

Standard measurements, such as length, width, crosscuts of ribs, or the outside planking were taken on each of the wrecks. The measurements, however, are insufficient to determine the age of a vessel in a precise way. Researchers from the Polish Maritime Museum are far from making sheer speculations and each time, whenever possible, they wait for test results, carried out by AGH University of Science and Technology in Kraków. The AGH-UST experts are trying to establish when the trees used for timber were cut down. We will know more details about the shipwrecks within 6 weeks.

The Polish Maritime Museum receives information about newly located wrecks not only from the Maritime Office in Gdynia, but also from the Hydrographic Office of the Polish Navy and the Maritime Institute in Gdańsk. Since the Museum does not have any research vessel of its own, its divers and researchers participate in expeditions organized by cooperating institutions concerned with underwater archaeology.

The discoveries made during the June trip to the waters of the Gulf, interesting from the position of underwater archaeology, need systematic research and robust documentation. So the return to the sunken treasures at the bottom of the Baltic Sea is quite likely.