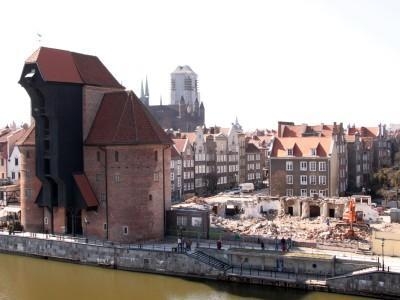 The scenery of the old port on the Motława River is rapidly changing. The Colonial Warehouse buildings cannot be seen any more. Soon, Poleko Sp. z o.o. company will complete the demolition of the former boiler house, later adapted to museum purposes. In the area of the demolished building, close to Żuraw (The Crane), a modern museum facility will be built – a Maritime Culture Centre.

“The first stage of the project called Redevelopment and expansion of the cultural infrastructure of the Polish Maritime Museum in Gdańsk for the purposes of the Maritime Culture Centre, which started in December 2008, is just being completed”, says Maria Dyrka, Deputy Director of the Polish Maritime Museum. Demolition works were difficult to perform due to the vicinity of the historical Crane and the reinforced concrete structure of the Colonial Warehouse building. The demolition was carried out without vibrations, brick by brick so to say, under permanent geodesic and monument conservation supervision. This week, under the supervision of archaeologists, the demolition company Poleko will start clearing the foundations and cellars of rubble. In the nearest future, a fragment of exposed facade of the Crane from the side of street Szeroka will be secured. Main archaeological works will start in the middle of May. “We hope that archaeological findings will not slow the works down. The Conservation Department of the CMM is ready to take in any number of historical artefacts for conservation”, says Maria Dyrka. The Project should be completed in Spring 2011, which is a deadline for the use of EU funds. The estimated value of the Project is ca 50 million PLN; it will be carried out under the European Economic Area Financial Mechanism (EEA FM) and also thanks to financial support from the Ministry of Culture and National Heritage.

At present, it is the largest museum project in Poland and Europe under the Priority Protection of Cultural Heritage in Europe. “A project like this requires involvement of both the head of the Project’s office or subcontractors and a lot of our staff members”, says Maria Dyrka. “Tenders and subsequent stages of construction works are constantly monitored by the external audit from the culture and national heritage and regional development sectors, responsible for appropriate utilisation of EEA FM funds. The implementation of the Project must be timely and diligent”, states the Deputy Director of the CMM. 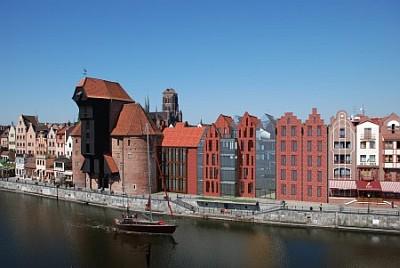 Despite its contemporary architectural form, this modern complex with partially glazed walls and ceilings refers to historical buildings, in harmony with other buildings standing along the Długie Pobrzeże (Long Quayside) of the historical old Gdańsk. The Centre will house an interactive display People – Boats – Ports, a permanent exhibition Boats from All Over the World, and temporary exhibitions. The premises will also be a place of educational workshops, museum lessons, together with conservation and underwater archaeology workshops. Application of multimedia technologies, interactive information tools, unique audiovisual presentations, and computer visualisation will put awareness-raising of the maritime cultural heritage at the state-of-the-art museum level. Numerous attractive programme projects under way will add a new value to maritime education and maritime economy-related monuments. The new facility is going to welcome the first visitors in late Spring 2011.
Send a message to the administrator
Copyright © 2021 Narodowe Muzeum Morskie w Gdańsku. All rights reserved.
National Maritime Museum websites use cookies to improve your website experience and also for statistical purposes. Unless you modify your browser settings, using any of the NMM websites will result in the storage of cookies on your device. You can limit or block cookie files by modifying your Internet browser settings.
I agree
Manage consent